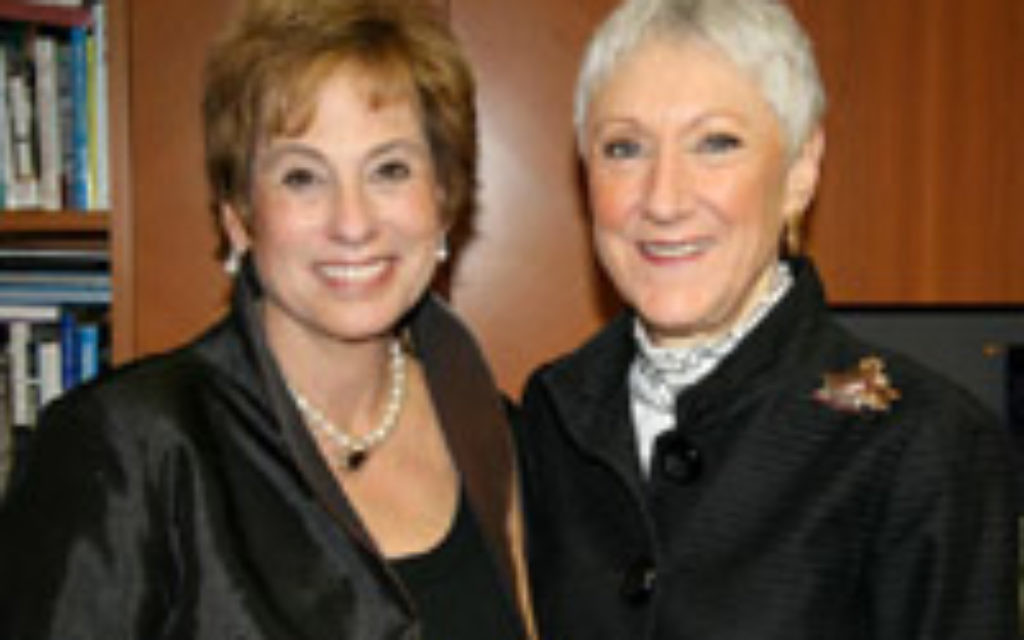 The president and immediate past president of Hadassah have been accused of financial improprieties by their suspended chief operating officer, a charge the women describe as “very painful” in light of all the money and volunteer time they have given the organization.

In their first interviews since the former Hadassah executive, Larry Blum, leveled the charges last month, Hadassah’s national president, Marcie Natan, and immediate past national president, Nancy Falchuk, expressed regret that the allegations were leveled just as the organization is celebrating its 100th anniversary.

Blum detailed the charges in a letter slipped under the hotel room doors of nearly 200 Hadassah national board members last month when the women were in Palm Beach, Fla., for a board meeting.

“We were all in meetings when I heard that Larry was here, which completely shocked me,” said one Hadassah board member who spoke on condition of anonymity because she was not authorized to speak. “Not everyone on the board knew at that point that he had been placed on a leave of absence in December.”

In his letter, Blum wrote that he had been placed on administrative leave Nov. 30 after someone in the organization charged that he had misused his Hadassah corporate credit card.

“In my 10 years with your organization,” he wrote, “I have not taken one quarter, one dime, or one penny that was not connected to Hadassah business. I have been asked a total of three questions in the last seven weeks regarding my expenses. They dealt with amounts of $35 for gas for a car, $54 for upgrades to emergency aisle seating, and an airplane ticket that was never issued.”

Blum, who could not be reached for comment, then proceeded to become a “whistleblower” himself by informing the board “of those who actually participated in wasting charitable assets and of conducting behavior not in the best interest of Hadassah.”

He claimed that Natan while treasurer upgraded to a $700-per-night suite while in Israel and needlessly billed Hadassah for airline upgrades and extended hotel stays in Israel for volunteers who supported her candidacy for president.

Falchuk, Blum charged, had furniture and fixtures valued at between $10,000 and $20,000 removed from Hadassah’s corporate apartment and sent to her home in Boston “with the approval of senior leadership.”

Sources said the furnishings were removed because the apartment, a one-bedroom unit at 58th W. 58th St. next to Hadassah’s headquarters in Manhattan, had been sold for nearly $1 million. In the past, furnishings that were being replaced in the apartment were used for the living quarters of Young Judaea camp directors.

Blum charged also that Falchuk had “inappropriate dealings with Hadassah’s major donor in exchange for favors,” and needlessly spent Hadassah money on airline exchange fees, “wine for entertainment and personal trips to Florida.”

“I know Nancy and I feel a little beaten up,” by the experience, Natan said.

Attorney Daniel Kurtz, who is investigating the charges against Natan and Falchuk, said he expects to complete the investigation in about three weeks and submit a report to Hadassah’s whistleblower committee in a month. He said it would be a private recommendation that would be up to Hadassah to release.
Natan, who became national president last July, said she would not expect it to be released. She said she expects Hadassah to simply issue a statement at the conclusion of both investigations.
In the meantime, she expressed regret that all of this is happening while Hadassah holds “an incredible event” at Temple Emanuel here Feb. 24 to celebrate the 100th anniversary of the date that Hadassah, the Women’s Zionist Organization of America, obtained its charter.

“It is more than painful that we are now focusing on how we speak to our donors and members,” Natan said. “We understand only too well that we cannot jeopardize the ongoing investigations [by addressing the accusations]. Our people are crying for us to come out with a statement that we can’t come out with yet.”

Falchuk, who served as national president from 2007 until 2011, pointed out that she is a $100,000 contributor to Hadassah and has been a member of the organization for 50 years.

“The organization has survived a lot more than this,” she said of the probes. “It will survive this, but for me personally it is very painful. … We want a clean investigation — one that has integrity — to come up with answers. There has never been a debate on that. Not one person on the executive — not Marcie or I — ever said we should not get an independent investigator. And this is personally devastating to us.”

Both women said they believed these probes would all be completed by the time Hadassah holds its centennial celebration in Israel in October with 2,000 Hadassah members. Falchuk pointed out that in the last 10 months alone, Hadassah has enrolled more than 50,000 new members at the reduced rate of $100 for life membership. The organization has more than 300,000 members.

Asked the reaction of members to the charges leveled against her and Natan, Falchuk replied: “If an employee launches an attack like this three months after being placed on administrative leave, it is very painful for our volunteers and for leadership all over the country. … No one is trying to live off Hadassah — ever.”

Asked what she would tell members about the probes, Natan said: “Be patient and think about the incredible number of years of service everyone in a senior volunteer position in this organization has given. I have been in this organization about 40 years and have been on the national board since 1989. I have contributed far in excess of $100,000. But writing a check is the least of it. My life is this organization, and I wouldn’t do anything to damage it.”