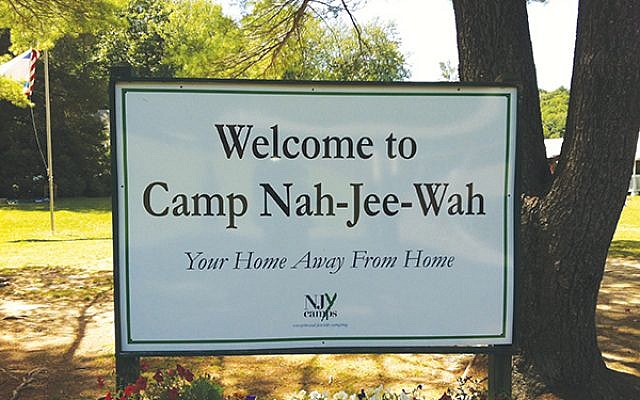 Hours after The Jewish Week published a report in which New Jersey Federation executives called for the entire board of NJY Camps to resign for not taking action after learning of allegations of predatory behavior by its former executive director, the president of the NJY board announced his intention to resign, and advised the rest of the board to follow suit.

“After reflecting on the independent investigation into Len Robinson’s tenure as Executive Director of NJY Camps, I have come to the conclusion that it is in the best interest of NJY Camps for new lay leadership to lead our community going forward,” Peter Horowitz, the current president of NJY Camps wrote to The Jewish Week in a Dec. 19 statement. “It is clear that Robinson was allowed to operate for far too long without any real oversight, creating an environment in which his abuse of others was allowed to go unchecked.”

Horowitz said he intends to resign “no later than February,” and that “it would be in the best interest of NJY Camps for the rest of the board to also resign within that time.”

An independent investigative report, commissioned by NJY’s board in April and completed in September, found that board leadership had known of Robinson’s behavior — The Jewish Week reported that members of the board were informed three years ago that Robinson had pressured at least one female staff member to engage in sexual activity  — but failed to act. The NJY board refused to release the full report to the public or to the press, citing the privacy of the individual women therein, but allowed two New Jersey federation executives — Dov Ben-Shimon, executive vice president and CEO of Jewish Federation of Greater MetroWest NJ, and Jason Shames, CEO of the Jewish Federation of Northern New Jersey — to view the report last week.

After viewing the report — which detailed at least 11 cases in which Robinson sexually harassed, assaulted and bribed female staff members in exchange for their silence — federation leadership called upon the NJY board to resign, among other recommendations. “The investigators’ report is a shameful, damning, heart-breaking and miserable study in leadership failure,” Ben-Shimon wrote to his board of trustees and senior management in an internal memo last week. A copy of the memo was obtained by The Jewish Week.

In his statement Horowitz qualified that “many members” of the NJY board “had no knowledge of Robinson’s wrongdoing.” Still, he wrote, although “These people would be strong members to lead us toward the future…they are part of a current reality that makes the present board’s continued viability untenable, and not in the best interest of the campers and staff we serve.”

Horowitz said in his remaining time as board president he will work to identify replacement board members and officers from “outside the current board” with “impeccable credentials.”

Robinson, 73, served as executive director of NJY Camps, the largest Jewish camp complex in North America, for 25 years, and he was celebrated and received many communal honors. According to the camp’s most recent tax filings, his 2016 salary was just short of $500,000.

In March, Debbie Findling wrote an op-ed in The Jewish Week detailing how she had been sexually harassed and propositioned for sex three decades ago by an anonymous leader in Jewish communal service. Soon after the story was published, she revealed that the unnamed individual was Robison when he served as a supervisor at a JCC on the West Coast. Robinson’s career in Jewish communal spaces spanned five decades, during which he worked at JCCs across the country before assuming the position of executive director of NJY Camps in 1993.

Since The Jewish Week published the original story in April, other women have come forward to the newspaper alleging that Robinson sexually harassed them during his tenure at NJY Camps.

This is a developing story. Read the original report on the independent investigation here.