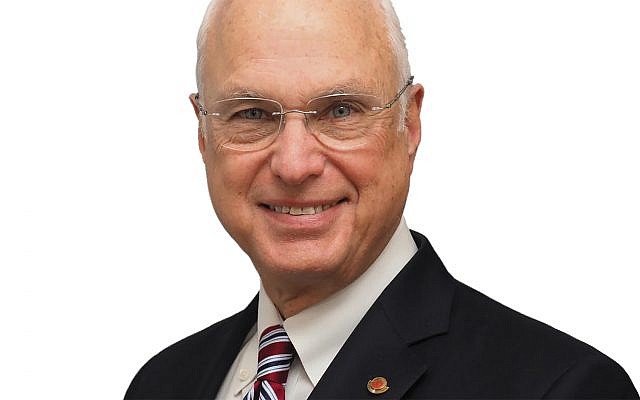 Ned Gladstein is looking for projects with “deep Jewish engagement” to reinvigorate the Conservative movement. Courtesy of USCJ

The Conservative movement has a new man in the middle, or the “vital center,” as he puts it.

Ned Gladstein, the just-tapped president of United Synagogue of Conservative Judaism (USCJ), faces daunting challenges as Judaism’s “middle movement,” which has lost many adherents in recent years, struggles to stay relevant in a Jewish community that is seeing growth on both the secular and charedi ends.

But the longtime Caldwell, N.J., resident, who has deep roots in the movement, is clear-eyed — and optimistic — about the road ahead. “We have acted as independent silos for far too long,” Gladstein said, referring to the different segments of the movement. (USCJ is its congregational arm; the Rabbinical Assembly its rabbinic arm; and Jewish Theological Seminary its seminary.) “There have been no coordinated efforts to address such crucial issues as interfaith families, teen and young adult engagement, and conversion.”

The lack of such efforts, he said, “has led to significant critical demographic and financial challenges as well as critical questioning of our relevance.

“When you look at where the creative philanthropic money is going,” Gladstein continued, “it’s going to gaps between our silos….”

But he knows, ironically, that the philanthropic smart money is going to projects that are in some ways Conservative movement spin-offs.

Among them are efforts like the Jewish Emergent Network, a coalition of several innovative congregations across the country, including Romemu in Manhattan and The Kitchen in San Francisco — “all alternative formats for deep Jewish engagement that are outside the Conservative movement but are basically Conservative in practice,” Gladstein said.

His experience in the movement gives him a leg up on the job. Gladstein’s involvement in Conservative Judaism dates back to his youth; he grew up attending Caldwell’s Congregation Agudath Israel and its religious school, and as a teen became a leader of CAI’s United Synagogue Youth chapter. He eventually became CAI’s president, chair of the JTS Rabbinical School Board of Overseers as well as chair of its Institutional Partnership and Community Engagement committees. In 2003 he and his wife created the Gladstein Fellowship in Entrepreneurial Rabbinic Leadership, and later he become vice president of Masorti Olami, the movement’s international body.

Gladstein, a third-generation grocer who owns ShopRite supermarkets in West Caldwell and Parsippany, served as USCJ vice president from 2015 to 2018 and assumed the presidency at the start of this year. His responsibilities now include serving as chair of the board of directors and guiding the organization’s overall policy.

In 2009, USCJ tapped him to be a synagogue representative on a joint commission of USCJ and Hayom: The Coalition for the Transformation of Conservative Judaism. The commission was tasked with drafting a new strategic plan.

According to Gladstein, it is the duty of USCJ to ensure the continued vitality of Conservative Judaism and to increase the value and relevance of its services to affiliated congregations.

But, Gladstein told The Jewish Week, “the movement’s institutional structure was created decades ago, and now the landscape is shifting under our feet, and USCJ, along with our partners in the movement, has not been as responsive to change as we need to be.”

The strategic plan calls for USCJ to actively support and be supported by the other arms of the Conservative movement in creating and sustaining meaningful engagement with members of Conservative congregations and kehillot across North America.

Its four priorities address Jewish engagement for both synagogue members and nonaffiliated Jews, operational effectiveness for its affiliated congregations and for USCJ itself, building a network of subject matter experts and lay volunteers, and deepening its partnerships with the other constituent arms of the Conservative movement.

“We can’t afford the luxury of duplicated efforts and redundancies,” said Gladstein. “We must address unaddressed issues. This path is the only way to ensure the vital center of Judaism in North America.”

Following the adoption of the strategic plan, Gladstein served as a USCJ vice president and chair of the Community and Covenant Commission.

This commission, which included representatives of the RA, JTS, and the Ziegler School of Rabbinic Studies in California, was instrumental in changing the USCJ’s membership standard to allow for non-Jewish individuals to join USCJ-affiliated congregations. Gladstein declared it “a watershed moment.”

He considers the personal relationships and institutional trust that were born out of this decision the catalyst for the institutional collaboration that has followed.

A longtime resident of North Caldwell, Gladstein is a third-generation member of CAI — two of his three daughters and their husbands and most of his eight grandchildren are members of the next generations of congregants — where he is a major supporter and has served in numerous leadership positions, including president.

Over the last few weeks, USCJ and the Rabbinical Assembly have been partnering to determine specific actionable endeavors on which they will collaborate. These include close conversations with JTS and Ziegler and efforts to develop a partnership between Ramah, the movement’s summer camp program, and United Synagogue Youth.

Gladstein understands that change is not easy. “If by the end of my term USCJ actively supports and is supported by the other major arms of the Conservative movement, so that the vital center of Judaism in North America is ensured — I will consider my term a success.”

And if, he emphasized, “I can do all that and maintain my sense of humor.”

A version of this article appeared last week in the New Jersey Jewish News.