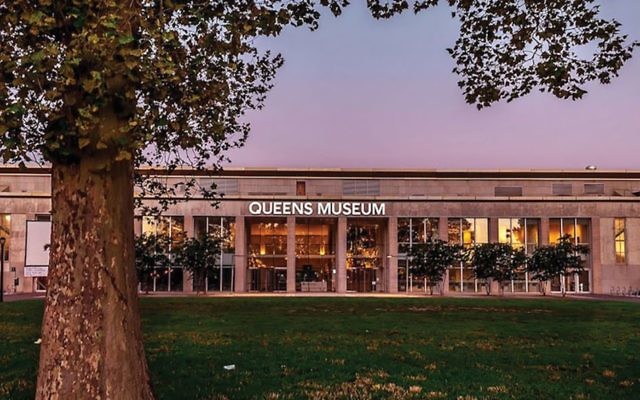 Officials at the Queens Museum reversed course on commemorating their decision to cancel an event on the 1947 Partition plan. Wikimedia Commons

It was a small victory for the Jewish state — but a victory just the same. And it played out in the same building where, 70 years ago, the state of Israel was birthed into existence.

With Israel under siege from BDS (boycott, divestment and sanctions) delegitimizers, the initial decision by the Queens Museum to cancel an event commemorating the United Nations vote to establish a Jewish state seemed like more of the same. Last week, the Israeli mission announced that the museum had canceled the event due to political sensitivities and pressure from Palestinian supporters. The mission’s statement noted that the museum’s director, Laura Raicovich, edited a collection of essays that included a call for BDS against Israel.

The city-run museum, located in the Fresh Meadows-Corona Park section of Queens, is housed in the same building where the General Assembly vote partitioning Palestine into Jewish and Arab states took place on Nov. 29, 1947. Israel’s mission to the United Nations reserved space in June to mark the event’s 70th anniversary and invited senior U.N. dignitaries.

Israel’s U.N. ambassador, Danny Danon, slammed the decision and called for Raicovich to be fired.

“We will not accept this blatant discrimination against the State of Israel and we will not let this decision stand,” Danon said in a statement. “Celebrating the momentous decision of the U.N. recognizing the right to a Jewish state in our homeland is not a political event, but rather an expression of the historical and legal rights of our people.”

The cancellation drew quick condemnation from B’nai B’rith International, as well as from Democrat Grace Meng, who represents Queens in Congress.

“The decision by the Queens Museum is puzzling and it’s bizarre that such an outstanding facility in our borough would pull the plug on a project to celebrate not just the establishment of Israel, but a key piece of Queens history,” Meng said in a statement. “How is commemorating a major world event that took place in Queens and the U.N.’s establishment of one of America’s closest allies political?”

The pressure worked, and the museum quickly reversed course.

A few hours after word of the cancellation got out, the Israeli mission announced that the event would be happening after all. The museum told JTA in a statement that it reinstated the event after a “productive conversation” with Danon.

The statement continued: “While the Queens Museum has specific policies regarding space rentals, given the history of the building in which the Queens Museum is located, the museum is reconsidering its decision.

“We are deeply committed to all the communities we serve through our meaningful arts programming and we are looking forward to making this a successful event,” the statement said.

Michael Nussbaum, president of the Queens Jewish Community Council, told The Jewish Week he welcomed the museum’s change of heart but still found it an “outrage that they even thought of doing this.”

He also wondered aloud whether the initial decision to bar the Israeli Mission’s use of the museum is an indication that “the Jewish community is losing its clout because there are so many voices that divide us. … We are all Jews and we are doing ourselves a disfavor by being divided.”