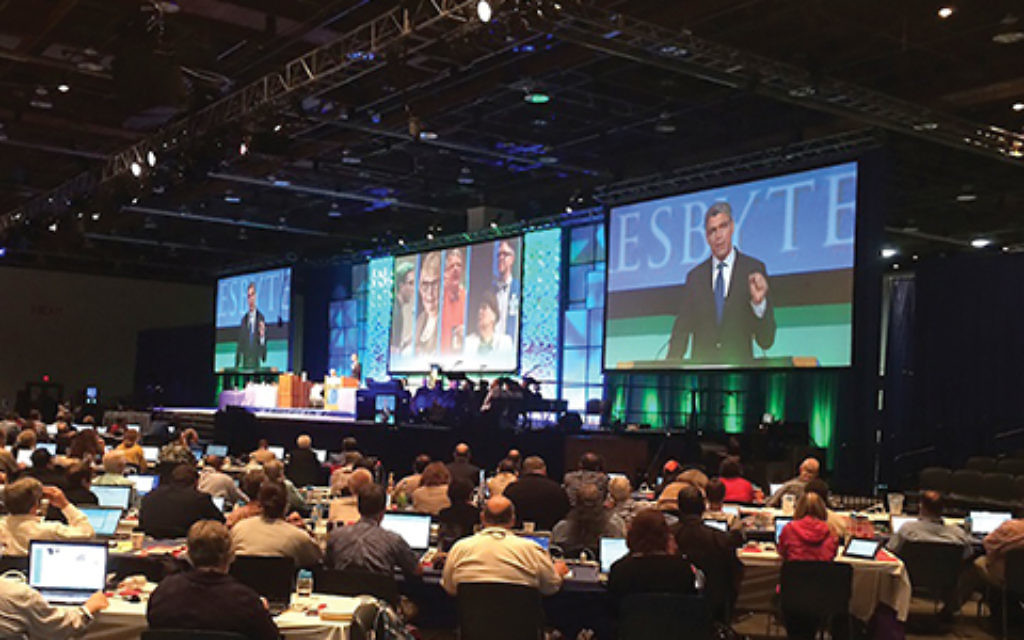 The vote of the Presbyterian Church (U.S.A.) last year to divest from three companies whose equipment Israel uses in the West Bank was rigged to favor pro-divestment speakers in violation of the rules.

That’s the view of a group of Presbyterian commissioners and observers who released an open letter Tuesday in which they suggested that a majority of Presbyterians “in the pews” might actually be against divestment. And they said votes at the two most recent General Assemblies “have been so close as to avoid either pro or anti-divestment advocates from claiming mandates.”

“The 2012 GA rejected divestment by three votes; the 2014 GA endorsed divestment by seven votes,” they wrote. “The only reasonable conclusion to draw from those two votes is that we are evenly divided on Middle East peacemaking issues at the General Assembly level (many would argue that a majority of our members in the pews oppose divestment). The strong negative response by many congregations to the pro-divestment 2014 votes also indicates that there is no mandate for one particular strategy in the PC (U.S.A.).”

In fact, their letter concludes with this warning: “The divestment vote has created outrage in PC (U.S.A.) congregations across the country as much due to the biased process as to the outcome of the vote itself. If Presbyterians do not believe decisions are arrived at in an open and fair manner, they will not continue to be Presbyterians. It is never too late to embrace our historic commitment to open, equal-time debates of key issues before the church.”

Toya Richards Jackson, director of communications in the office of the GA at the Presbyterian Church (U.S.A.), declined comment on the letter, saying: “We can’t comment on something we not yet seen.”

More than 40 commissioners and observers — including two from the local area, Jill Schaeffer of New York City and the Rev. William P. Crawford of Larchmont — signed the open letter. They said they were writing it “in an attempt to create healing in our decision-making processes before the General Assembly gathers again in 2016” to ensure that proceedings are “fair and transparent.”

“Reasonable people of good will can and will disagree about how best to work for peace in the complicated and tragic impasse of the Israeli-Palestinian conflict,” they wrote. “But the process at Detroit that led to the divestment vote by the narrowest of margins was neither reasonable nor in good faith. Open, transparent processes for decision-making were replaced with one-sided agendas.”

In their letter they charged, among other things:

n GA staff and standing committee members were permitted to make pro-divestment presentations without allowing for a counter presentation.

The commissioners and observers asked that a task force of objective people be appointed in advance of the next GA to carefully examine the role of the staff and standing committee leaders. And they asked that equal time rules be applied to all speakers and that neither the next moderator or vice-moderator be known advocates on Middle East issues.