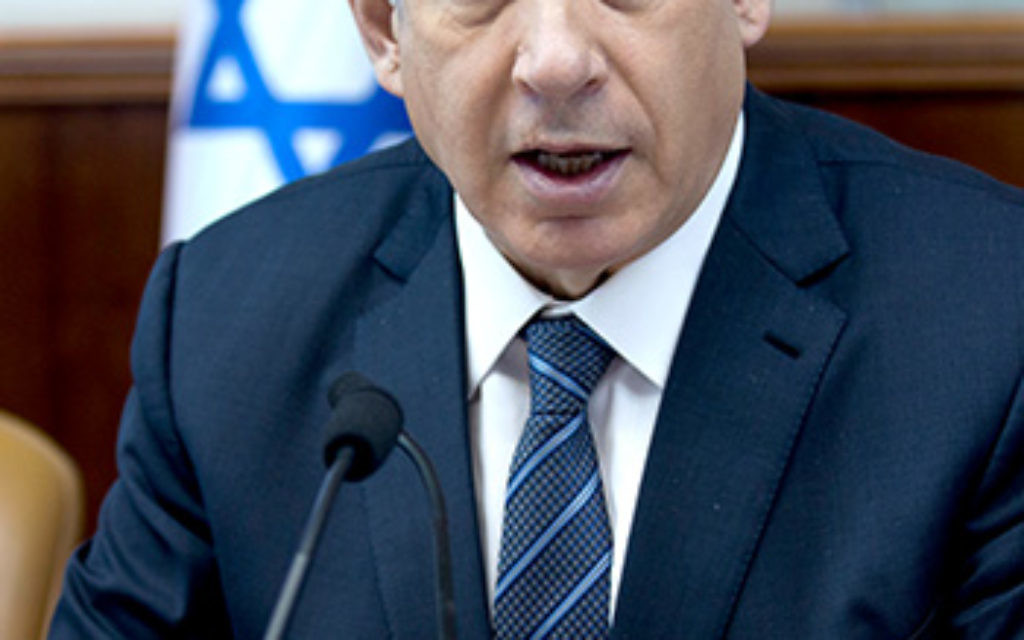 Tel Aviv — Prime Minister Benjamin Netanyahu has clashed with the Obama administration repeatedly for years over the Iran nuclear deal, calling it an historic mistake that risks Israel’s existence and threatens the West.

But now that Israel’s campaign in Congress has fallen short of enlisting enough legislators to block the deal, how should Israel grapple with the much-maligned agreement as it becomes a fact of life?

Should the prime minister continue his confrontational campaign against the deal as the sides start to implement it, or should Jerusalem tone down the public criticism and focus on repairing the damaged ties with the U.S. through talks on a deal to boost Israeli security?

Late last week, there was a signal that Netanyahu had decided on the latter course as the White House announced that the Israeli prime minister and President Barack Obama would meet sometime in November. (The meeting is set for Nov. 9, the White House said Wednesday.) The run-up to the first in-person sit-down in 13 months is likely to help cool the mutual attacks.

“It seems to me the new strategy is to work on improving the relations with the Obama administration, and to work on a new security package to prepare Israel against the Iranian regime’s threat from Syria and Lebanon,” said Meir Javedanfar, an Iran expert based in Tel Aviv.

Javedanfar noted that Netanyahu has stopped his frequent public criticism of the deal, and that American Jewish groups are focusing on repairing ties between the two administrations.

Netanyahu has taken flak from political experts and columnists in Israel for spearheading what was considered a campaign in Congress against the deal that had little chance of success. Critics allege that all-important ties between Israel and the U.S. have hit a new low, the American Israel Public Affairs Committee suffered a defeat that exposed its weaknesses, and the American Jewish community suffered from infighting.

Despite all of that downside, a columnist in the pro-Netanyahu Israel Today newspaper suggested that while Israel and Netanyahu had “lost the battle” in Congress, they would still win the “war” to block Iran’s nuclear program.

“This is a PR success even if the agreement is approved,” wrote Omer Dosteri in Israel Today, saying that Israel had gained legitimacy for a possible military strike in the future. “This success will enable Israel to pressure the next administration to resume sanctions and cancel the agreement if Iran is exposed to be cheating.”

But a diplomatic columnist for the Ynet website noted that most Israeli experts on Iran expect that Tehran will uphold the agreement in the near term to ensure that the economic sanctions are removed. “When Iran appears to the world as if it is upholding its end of the agreement, it will be nearly impossible for Israel to keep the Iranian issue at the top of the international agenda. Netanyahu won’t be able to draw a bomb at the annual United Nations General Assembly,” wrote Itamar Eichler.

Throughout the months of campaigning on Capitol Hill, Israel officials resisted U.S. offers to discuss enhanced military aid and a new strategic dialogue on coping with Iran. That is expected to change now that the battle in Congress is over.

“The administration has been trying to send a message for a long time that they’re willing to talk about issues that arise out of this: like combatting Hamas and Hezbollah, and intelligence cooperation. But Israel hasn’t wanted to discuss it,” said Jonathan Ryhnhold, a political science professor at Bar-Ilan University who focuses on U.S.-Israel ties. “The Americans are going to want to show that despite the agreement that they are committed to their allies, and are not suddenly friends with Iran.”

Ryhnhold said that the main challenge posed by the deal is coping with Iran 10 to 15 years down the road, when they will have the ability and freedom to close in on building a nuclear weapon.

“Are you going to give Israel the ability to strike? When, how and under what circumstances would the U.S. support an Israeli use of force, or when would the U.S. use force itself?” he said.

Much of the media speculation until now has been on military hardware that would enhance Israel’s posture against Iran. Most often mentioned are “bunker-busting” bombs that could target underground nuclear sites, planes that would allow Israel to refuel jets in flight to extend their attack range to Iran, and enhanced U.S. support for defensive systems to shoot down rockets.

Ehud Eiran, a political science professor at Haifa University who specializes in the defense establishment, believes that Israel will respond positively to the American offers of a security package.

“There are still a whole range of issues on which the Americans suggested before the deal, and the discussion will continue,” he said. “The military echelon wanted to have a conversation with the U.S. on hardware, but Netanyahu didn’t want to.”

Amos Yadlin, a former chief of Israeli military intelligence who has criticized the Iran deal, says that the Israel and the U.S. should negotiate their own “parallel” deal that would tighten coordination to handle the new realities of the Iran nuclear agreement.

“A responsible leadership in Israel should move beyond merely objecting to the [Iran deal], and update Israel’s strategy to address the agreement and the changes it will bring,” Yadlin wrote in a policy paper published by the Institute of National Security Studies (INSS). “That policy should be devised and implemented hand in hand with the U.S.”

Yadlin suggested that the deal go beyond military hardware. A Israeli-U.S. deal should spell out how the sides would respond if Iran goes nuclear in the next 10 to 15 years, what exactly constitutes a breach of the deal, and how to boost intelligence cooperation to monitor implementation.

But reaching an agreement on what constitutes a violation and what would trigger a resumption of the sanctions is likely to be tricky, said Emily Landau, a nuclear nonproliferation expert at the INSS. Landau, who has criticized the agreement as deeply flawed, said that U.S. officials were reluctant to accuse Iran of violating the terms of the interim agreement, and the same could be true with implementing the permanent agreement.

“There is a real problem identifying what is a significant violation,” she said. “There needs to be a focused discussion, that hopefully Israel can be part of, on identifying the nitty-gritty of what triggers sanctions.”

Experts like Yadlin and Eiran said a bilateral agreement should also include ways to enhance coordination against Iran’s attempts to boost its influence in Syria and in Lebanon.

Indeed, the Israeli army intelligence branch’s chief of research told Israeli news website Walla! that the deal had already made Iran more confident and given Tehran more financial stability with which it will support regional allies like Hezbollah.

“The Iranians are taking more risks. They are investing more,” said Brig. Gen. Eli Ben Meir in the interview. “They understand that money is waiting around the corner for them, and so they are allowing themselves to step on the gas in places like the Golan Heights, Syria and Yemen.”

Will the U.S. and Israel be able to do damage control and mend fences after such prolonged and public clash? Eiran warned that despite the conventional wisdom that the bilateral security relationship is immune to political friction between Obama and Netanyahu, the contentious ties could trickle down.

An American Jewish official who works on promoting bilateral ties said he was doubtful the upcoming summit between the leaders would produce a new spirit of cooperation. Though some pro-Israel organizations are trying to argue that the ties are resilient, the official said he was less sure there wouldn’t be long-term fallout, saying “only time will tell.”