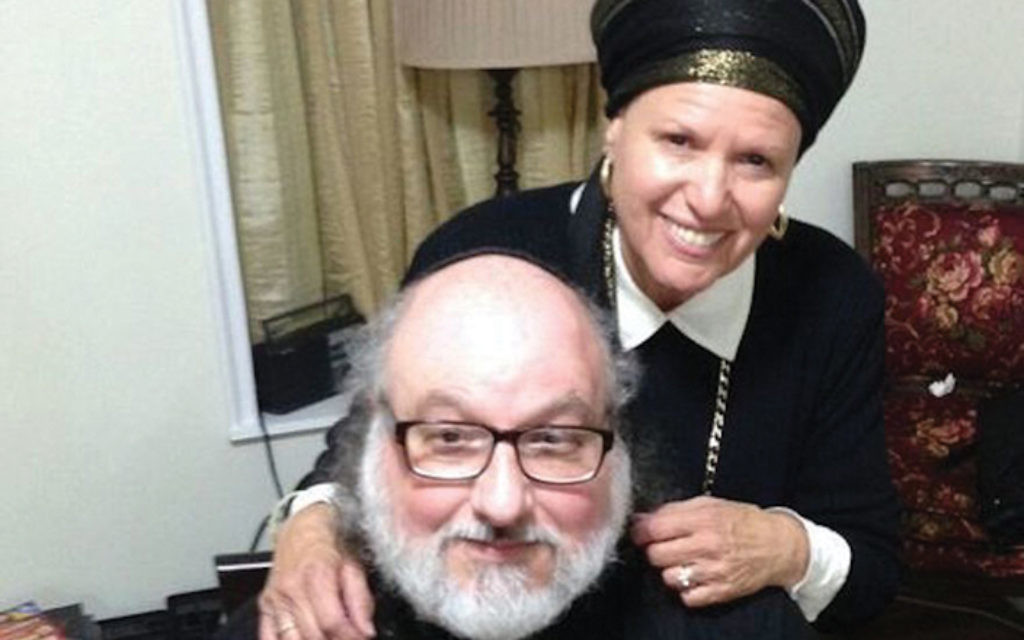 Jonathan Pollard with his wife, Esther.

His every move tracked by GPS, his computers monitored 24/7, his outings subject to a curfew, Jonathan Pollard will nonetheless for the first time be able to enjoy a 21st-century indulgence so many others take for granted: surfing the Internet.

A filing by the convicted spy for Israel’s lawyers reveal that they won a single concession from the U.S. government in months of wrangling over his parole conditions: Pollard, who will be employed by an investment firm, may access the internet without prior permission.

The filing in the U.S. District Court in Manhattan on Friday morning, just hours after Pollard’s release from a federal prison in North Carolina 30 years into his life sentence, was for habeas corpus. Pollard’s lawyers, Eliot Lauer and Jacques Semmelman, argued that the restrictions attached to Pollard amounted to illegal detention and were “statutorily and constitutionally impermissible.”

The revelations in the contentious filing — along with statements Friday by the White House, supportive Jews and Jewish groups, and Israeli Prime Minister Benjamin Netanyahu — bury for now any hope Pollard’s release would end three decades of pronounced disagreement between the United States and Israel over what Pollard represents and whether his punishment was just.

Pollard wants to make aliyah, or immigrate to Israel. Every signal the U.S. government has sent suggests that is not going to happen in the near term. The Justice Department has said it will stand by the conditions of Pollard’s parole, which do not require a review for another two years. The White House has said, again emphatically on Friday, that it will not intervene.

The U.S. Parole Commission, after announcing Pollard’s pending release in July, issued parole conditions that would require Pollard to submit to GPS monitoring, obtain commission approval to access the Internet and agree to monitored computer use, with unannounced inspections of his equipment at any time, according to the filing by Pollard’s lawyers,

The commission also said Pollard’s probation officer could subject him to curfew and “exclusion zones,” which would be in addition to the statutory requirement that Pollard request permission to travel outside the area of New York City, where he will reside.

Pollard’s lawyers appealed the conditions to the commission’s appeals board, which removed only the need for the commission’s approval to access the Internet. The GPS requirement was “reasonably related to the need to deter you from further criminal conduct,” the appeals board said, although, according to the filing by Lauer and Semmelman, the board did not explain how Pollard, 30 years in prison, would be able to spy now that he’s out.

The lawyers included statements from Robert “Bud” McFarlane, the national security adviser at the time of Pollard’s 1985 arrest, and former Sen. Dennis DeConcini (D-Ariz.) who was on the Senate Intelligence Committee at the time, that whatever classified information Pollard still knew is now useless.

The computer monitoring, the appeals board ruled, was warranted for home and business computers because “the boundaries between personal and business computer use are blurred.” That requirement, Pollard’s lawyers argue, will make it almost impossible for the Stanford University graduate to find work.

The Probation Office charged with monitoring Pollard’s release “exacerbated the conditions,” the filing said, apparently requiring Pollard to wear a tracking device. “GPS monitoring does not require a monitor attached to the body,” the lawyers said and claimed that because of Pollard’s diabetes, “any restraint place on his ankle or leg” would be dangerous.

A handful of Jewish organizations welcomed the release of Pollard, an American Jew and a former Navy intelligence analyst who pleaded guilty in 1987 to sharing classified information with Israel. A recurring theme was that the sentence was disproportionate.

“While we still believe his sentence was disproportionate, we hope that after having paid his debt to society, he should now be able to rebuild his life together with his wife,” the Conference of Presidents of Major American Jewish Organizations said in a statement.

“As the Conservative Movement has iterated many times in the past, including in Rabbinical Assembly resolutions in 1992, 1994, 1995 and 2011, Jonathan Pollard was handed a remarkably unfair sentence,” the Rabbinical Assembly’s president, Rabbi William Gershon, said, adding that Pollard had suffered “decades of injustice.” Also welcoming Pollard’s release was the National Council of Young Israel, which took the lead among groups in advocating for Pollard’s release.

Two groups, Agudath Israel of America and the Zionist Organization of America, called on the Obama administration to grant Pollard’s wish to move to Israel.

That’s unlikely. President Barack Obama does not have any plans to alter the terms of Pollard’s parole now that he has been released, Ben Rhodes, the deputy national security adviser, said Friday when asked by reporters about whether Netanyahu had asked Obama to release Pollard from parole.

“This is something that Prime Minister Netanyahu has regularly raised,” Rhodes said. “The fact of the matter is, we have deferred to the Department of Justice and the process of justice with respect to the Jonathan Pollard issue.”

The Justice Department this week indicated it will abide by the conditions of Pollard’s parole. “The Department of Justice has always maintained that Jonathan Pollard should serve his full sentence for the serious crimes he committed,” a spokesman said.

The disagreement over whether Pollard had committed “serious crimes” or was a well-meaning ideologue fretting over Israel’s vulnerability has been the crux of one of the longest-standing tensions between the United States and Israel.

Netanyahu’s statement on Pollard’s release included nary a reference to any crimes. “As someone who raised Jonathan’s case for years with successive American presidents, I had long hoped this day would come,” he said. “After three long and difficult decades, Jonathan has been reunited with his family.”

The Parole Commission may end Pollard’s parole at any time but is not obliged to reconsider its terms for two years. After five years, Pollard must be released from his parole terms unless the commission has a compelling reason to keep him on probation.

Pollard appeared relaxed and pleased to be out of prison. Following his pre-dawn release from the federal prison in Butner, N.C., he traveled to New York City, where he checked in with his parole officer. The World Jewish Congress posted a photo of Pollard smiling serenely, seated in in front of his wife, Esther.

At 9:09 a.m., a Twitter user posted a photo of the ex-spy with his wife and another man (whom Tablet Magazine speculated was National Council of Young Israel’s former executive, Rabbi Pesach Lerner) at the corner of Houston Street and Second Avenue, on the Lower East Side. He is looking, with apparent curiosity, at his wife’s smartphone.