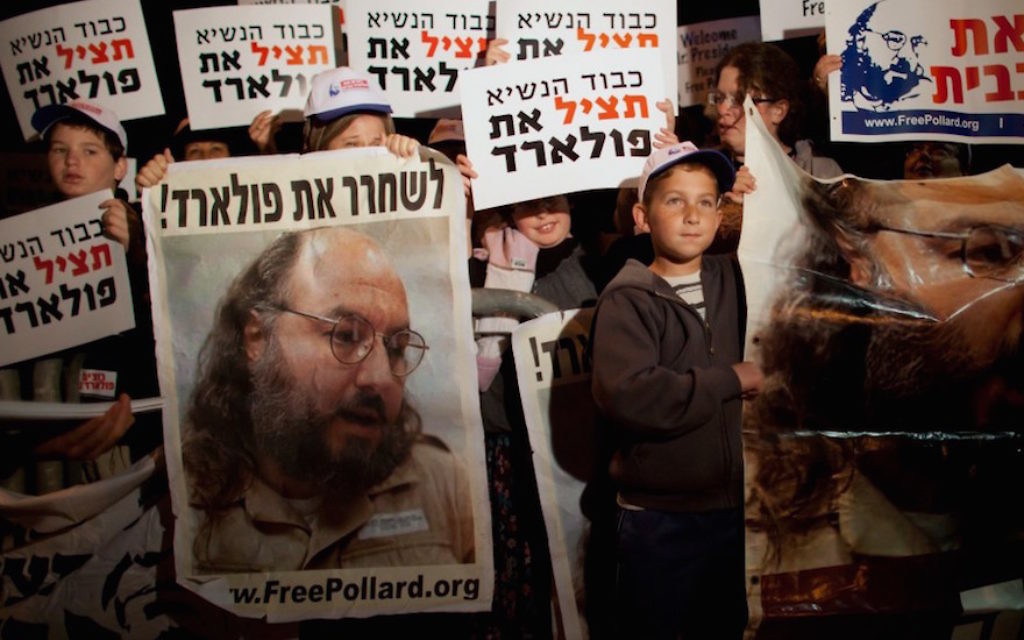 Washington — Jonathan Pollard is ready to renounce his U.S. citizenship, running the risk of never returning, should the Justice Department allow him to leave for Israel upon his release.

“On November 20, 2015, after serving 30 years in prison, it is Mr. Pollard’s wish to move to Israel with his family so he can resume his life there,” U.S. Reps. Jerry Nadler and Eliot Engel, both New York Democrats, wrote Monday in a letter to Loretta Lynch, the U.S. attorney general. “We write today to ask that DOJ give Mr. Pollard’s request the fair consideration it deserves.”

Pollard, a former Navy analyst who sold secrets to Israel, is being released on parole from a life sentence for espionage. The Justice Department has not yet revealed the terms of his release; Pollard’s lawyers have suggested terms will be negotiated up to the eve of his release.

However, it is believed that he will be required to stay in the United States for at least a year, and his lawyers have already secured a residence and work for him in the New York area.

“Mr. Pollard understands that, as a condition of being permitted to move to Israel, he may need to renounce his American citizenship,” the letter said. “Despite the serious consequences that may follow such a decision, including being permanently barred from returning to the United States, he is willing to undertake this extraordinary measure.”

Engel and Nadler cite as a precedent the case of Rene Gonzalez, a member of the “Cuban 5” spy ring. After serving a prison sentence and while on probation, Gonzalez asked for and received permission in 2013 to go to Cuba to attend his father’s funeral. While there, he asked to stay on condition he renounce his U.S. citizenship and never return. The Justice Department granted permission.

The three members of the Cuban 5 who were still in prison were released nearly a year ago at the same time that Cuba released Alan Gross, a Jewish-American contractor who had been imprisoned for activities including connecting the island’s small Jewish community to the Internet.