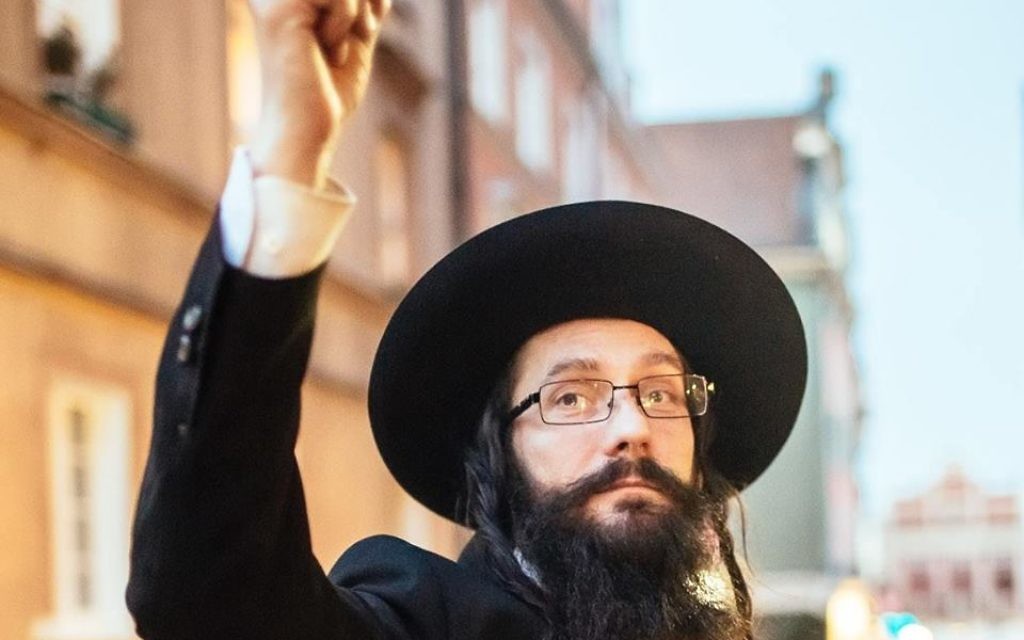 Warsaw, Poland — A local journalist in a western Poland city discovered that the local rabbi is not a rabbi, never lived in Israel, is not familiar with Jewish customs, and does not speak or understand Hebrew.

Jacoob Ben Nistell, aka Yaakav – he used different forms of this name, claimed he was from Haifa. Members of the Poznan Jewish community believed him and decided to embrace him as a community rabbi, where he reportedly has served for several years

He admitted two weeks ago during an interview that he is not a rabbi. Krzysztof M. Kazmierczak, a reporter for “Glos Wielkopolski” or “The Voice of Wielkopolska,” discovered that the alleged rabbi in fact is Jacek Niszczota and comes from Ciechanow, a town in north-central Poland.

It is not clear if Ben Nistell ever visited or lived in Israel. Ben Nistell’s deception was not discovered by the board of the Poznan branch of the Union of Jewish Religious Communities in Poland.

“I’m surprised. I never checked his identity document. He said he comes from Haifa, his mother still lives there, and he has an Israeli passport and a son in the army. I believed that he is who he says he is because of how he looked and that he was able to pray in Hebrew and knew Jewish customs,” Alicja Kobus, head of the Poznan Jewish community and vice-president of the Union of Jewish Religious Communities in Poland, told Glos Wielkopolski.

Ben Nistell led activities for children and young people about Judaism in Ponzan, and participated in ecumenical prayer services with Polish bishops, and held interfaith meetings with priests and imams on behalf of the Ponzan Jewish community.

He refused to talk to journalists about the case.