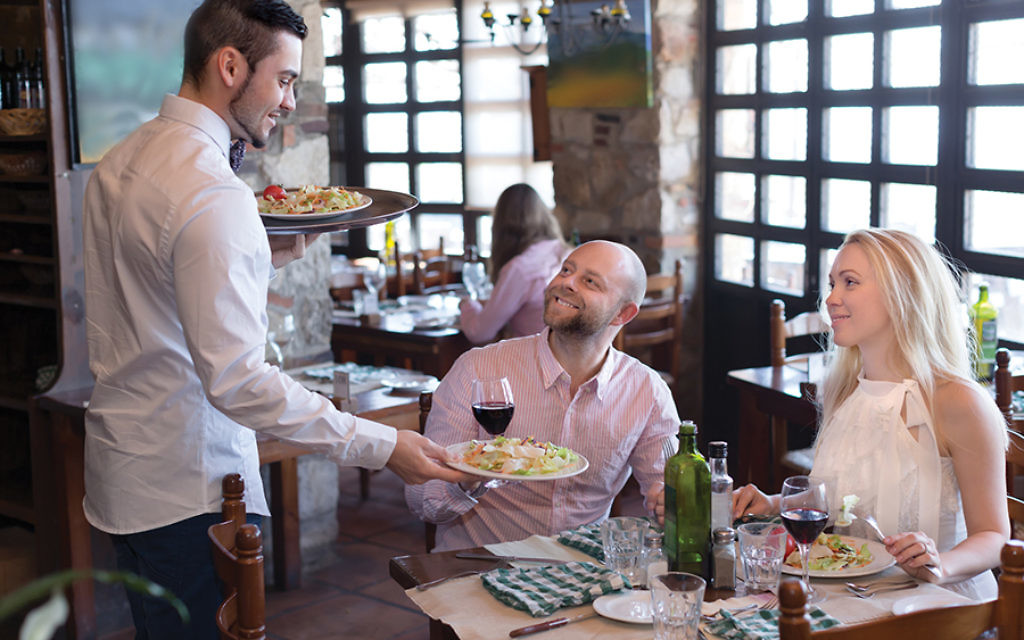 Jewish restaurateur Danny Meyer of Shake Shack and Union Square Cafe fame cast his recent decision to end tipping across his hospitality empire in terms of economic justice, but there’s a debate in the restaurant world about whether his move is truly fair.

An Orthodox Manhattan attorney who often represents underpaid workers in restaurants says he is reserving judgment, while a restaurant workers’ advocate applauds the move.

Meyer says he will fold the cost of tipped labor into the bill at the 13 high-end New York City restaurants in his Union Square Hospitality Group. This will allow him to more equitably pay servers and kitchen workers and to compete for labor against fast-food restaurants, which will soon need to pay their workers $15 an hour under a new New York State law, he said. Tipped workers, however, are excluded from that law, which might make fast food work more appealing to them.

“We’ve had lots and lots of tough questions, lots of thoughtful and provocative questions,” Meyer said on Oct. 14, the day he made the announcement, according to The New York Times. “But 100 percent of them, once they understand why, they all want to do the right thing for their team.”

Maimon Kirschenbaum isn’t so sure.

Kirschenbaum, an attorney at Joseph, Herzfeld, Hester & Kirschenbaum who has pursued more than 100 wage violation cases against New York City restaurants, says he’s not ready to give Meyer, a “yasher koach” [Hebrew for congratulations]” until the details of the plan become clearer, Kirschenbaum told The Jewish Week. “The devil is in the details. It depends on how he pays the workers.” In other words, how much will workers’ salaries rise once the no-tips plan is instituted in Meyer’s restaurants?

“The important question,” he says, “is what is what does [Meyer] replace [tip money] with if he takes away the tips.”

Restaurant worker advocate Saru Jayaraman applauded Meyer’s move in an op-ed in The Times, arguing that tipping creates a “two-tiered” wage system: the servers receive the tips, but by law, that money cannot be shared with kitchen staff like dishwashers. But more reform is needed, she said; the state’s 380,000 tipped workers should be included in the new minimum wage law.

Kirschenbaum says he is “almost certain that almost no [restaurant] workers like this idea.” He doesn’t see any evidence that the salary increases will make up the difference for lost tips.

A resident of the Upper West Side, he said he developed his interest in the treatment of restaurant workers’ because “I got lucky.” His firm got a few of these cases, his reputation spread, and more such cases came his way. “A lot of good mazel,” he says.

“I would never have foreseen that God would give me the good fortune of being able to practice in an area as honorable as protecting the rights of underprivileged workers,” he told the vosizneias.com website.

While this is his profession, Kirschenbaum often takes these cases on a contingency basis, meaning he receives no payment if a jury’s verdict goes against his client, and he sometimes advises restaurateurs “how to do the right thing” for no charge — in essence, pro bono work.

Kirschenbaum will not be affected by Meyer’s proposal in his personal life because he eats only in kosher restaurants, but he says he keeps workers’ needs in mind when he eats out. “I’m a good tipper.”