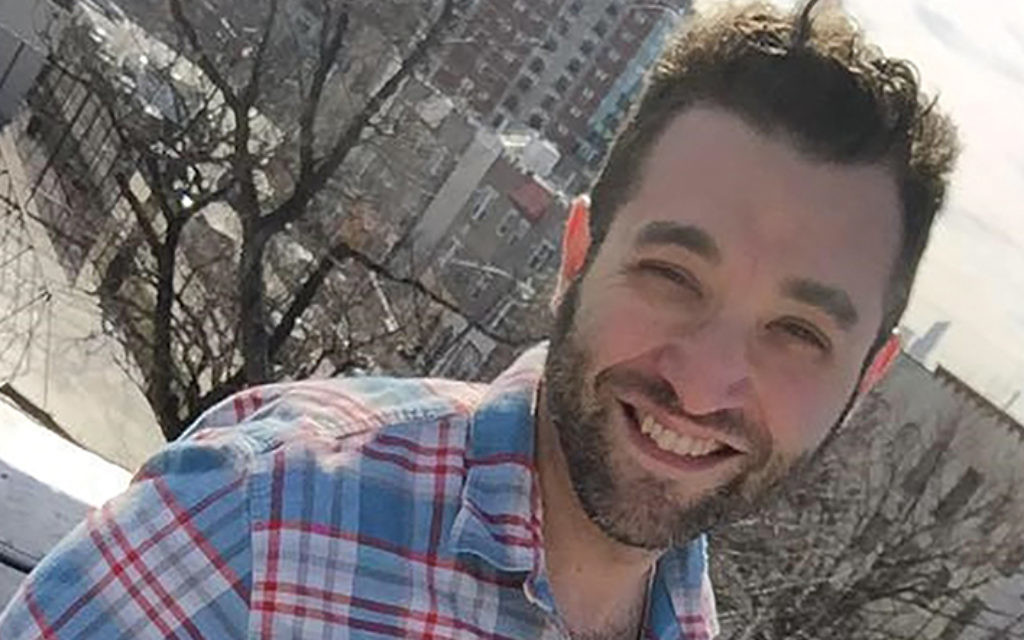 Playwright Dan Fingerman likes to write about intersections, and perhaps no subject exemplifies the intersection between a person’s Jewish and gay identities as provocatively as that of pinkwashing. It’s a hot-button topic he tackles head-on in his one-act play, “Boys of a Certain Age,” which premieres Saturday for a three-night run in the East Village as part of the 2016 Fresh Fruit Festival (thewildproject.com/performances/2016-Fresh-Fruit-Festival.shtml, 212-228-1195).

Pinkwashing — the charge that an organization touts its pro-LGBT policies in an effort to distract from wrongdoing — is just one of several Jewish issues that come up in the play, which features four Jewish gay men from two generations — a baby boomer and his nephew and a father and son. Judaism permeates the production, from a discussion of one of the character’s “half-Jewish” status, to the skirmishes over the use of the term “occupied territories” to musings on Jewish literature and references to Hebrew school and tikkun olam.

Although Judaism is a big part of the 33-year-old Astoria resident’s identity, this is Fingerman’s first play with a Jewish theme. Growing up, he went to Hebrew school and had his bar mitzvah ceremony at a Conservative congregation in Huntington, L.I. He’s also a longtime member of Congregation Beth Simchat Torah (CBST), which was, in fact, where Fingerman decided to write an inter-generational play.

“There are all these older gay guys who come to CBST, and who we see in the community, who younger gay guys don’t really interact with,” he said. “We hear a lot about gay history, we hear about Stonewall and the AIDS epidemic. There are people in our midst that were part of all of this, and they might have a very different perspective of the world than I do, and that’s kind of where this play goes,” he said.

For the characters in the show, he said, being Jewish is “a very important part of who all these people are.”

Marc Sinoway, who plays Bryan, was attracted to the play because of all the ways it resonated with his own identity. Although he had a bar mitzvah ceremony, he isn’t active Jewishly as an adult, other than for family events. However, being Jewish is still a very strong part of his identity.

“When I came out to my dad, the second question he asked is, ‘Is he Jewish?’” he said. (The first was where his boyfriend went to college.)

But, by far, the most extensive scene with a Jewish theme is on pinkwashing.

In it, the ultra-liberal baby boomer, Ira, argues against the concept of pinkwashing, in Israel’s case, asking if the ultra-liberal millennial, Bryan, really thinks that “the gay rights that exist in Israel is part of a concerted effort to give them cover for … all the terrible things you believe they do …”

“I don’t know if it’s concerted, but it’s not an accident,” replies Bryan.

Christopher, the Republican of the group, says ironically: “Well, you know how mischievous those tricky Jews are. After we’re done running the world, we decide that Israel should be a haven for gays to hide the awful things …”

Bryan, cuts him off: “Here we go, criticism of Israel can only be anti-Semitic.”

The 90-minute play is filled with such scenes. Whether it be on Israel, the presidential election or the Orlando shootings, in a succinct few lines, each character has his say.

“I want people to see all the different sides and not feel like they’re getting lectured, but make up their own minds about what they think is happening,” Fingerman said.