Shabbat:
Shabbat in Jerusalem was meaningful to each student in their own way. In the morning, we each had the option to either attend synagogue—modern-orthodox, reformed or egalitarian—or to relax before a Shabbat lunch at the hotel. In the afternoon, we took a walk through the streets of Jerusalem to the Israel Museum, where we were able to see the archaeological testimony to the Jewish ties to Israel. Lastly, Shabbat concluded with an illuminating Havdallah service, led by our very own Ben Baruch, that everyone will be sure to remember.

Afterwards, we heard from Colonel Glenn Cohen about committing yourself to following your life goals. He shared his personal story of his service in the IDF as a lone soldier and how he learned to develop empathy for all humans. The Write On class walked away with a message to internalize compassion and always believe you have the ability to achieve. We were also lucky enough to hear from Paul Horowitz, a 2017 Write On graduate and lone soldier in the IDF. He spoke about his path from New Jersey to the Israeli army and answered our questions, most of which were related to “how hard is basic training?”

Our day came to a close with a visit to Tachana Rishona for dinner.

Day Seven:
Our final day in Israel started by hearing from professor Nafez Nazzal and Rami Nazzal, who walked through the Palestinian narrative, explaining their viewpoints of being against violence and in favor of peace. Nafez and Rami discussed the importance of the proper process for addressing the conflict: “Uncover, discover, discard.” Following their lecture, we asked tough and challenging questions, recognizing some inconsistencies in the speakers’ statements. While there were many disputes as to the logic of Israeli policies and the facts on the ground of past wars, we were able to walk away with a confidence in their knowledge and a better understanding of the Palestinian narrative.

Following time in the Jewish Quarter of the Old City, where we were about to “integrate” ourselves into Israeli culture, we had the opportunity to hear from David Horovitz, the editor-in-chief of the “Times of Israel.” Horovitz discussed the critical concerns of the Palestinian-Israeli conflict and how we, as invested Israel advocates, must expand our knowledge and delve further into the conflict. He went on to explain the complications of a peace deal, and the risks Israel would face to remain a safe Jewish state. Following his seminar, students inquired about topics ranging from peace deals with Egypt and Jordan to the possible repercussions of relinquishing the disputed territories.

Later in the afternoon, we drove to Har Herzyl and learned about the significance of being buried there, among heroes. We first visited the grave of Yoni Netanyahu and learned the story of his courageous and selfless story; his instinct to lead and inspire others is a quality we can only hope to develop. The group then went to the grave of Michael Levine, a lone soldier whose extreme dedication and love for Israel pushed him to serve in the IDF; in his honor, the lone soldier center was created in 2009. We also heard the story of Roi Klein’s sacrifice for the fellow IDF soldiers in his unit. He threw himself on top of a grenade in an act of pure selflessness, absorbing the totality of the explosion. Each student was also able to break up and pay their respects to each of the fallen IDF soldiers, recognizing how each person pledged their lives to preserve the safety and security of Israel.

Lastly, we meet with Suzanne Singer, mother of Alex Singer z”l, an IDF officer who made aliyah and was killed in Lebanon in 1987. She explained that the family decided to move to Israel for four years in order to connect with their Jewish roots, and since then, their lives were forever changed and enhanced. Alex’s love for Israel became so strong that after completing college, he decided he was going to enlist in the IDF. Singer explained Alex’s creative instinct and brought a copy of a book, which was a compilation of his drawings and writing pieces. Alex Singer was an IDF soldier who was always willing to do what needed to be done. Each IDF soldier who currently serves or has served in the army is a hero to the State of Israel and the Jewish people. May the fallen soldiers’ memories be a blessing.

Following Har Herzl, we boarded the bus to head back to Tel Aviv for our farewell dinner. After reflecting on our funny stories from the trip, we took time to recognize our most profound moments. We then had dinner and drove to the airport to catch our flight home. 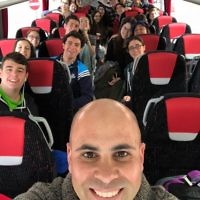 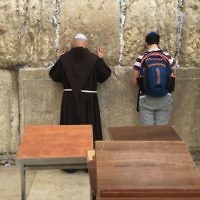 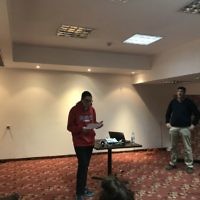 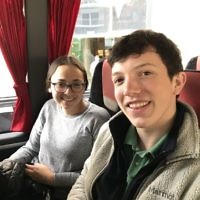 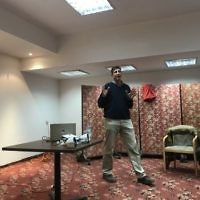 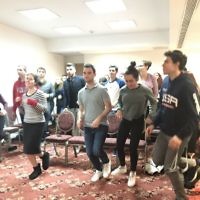 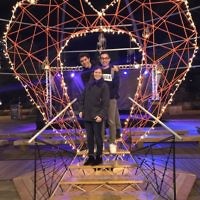 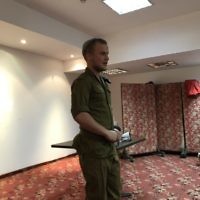 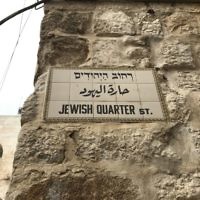 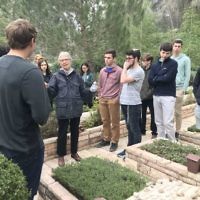 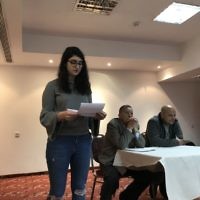 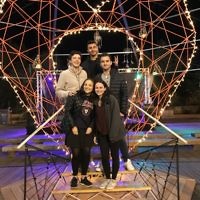 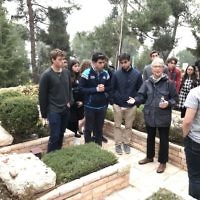 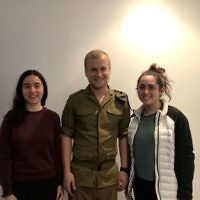 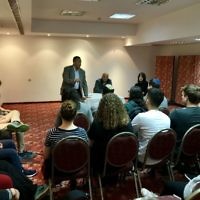 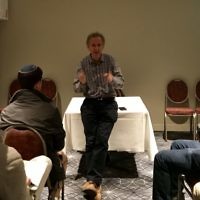 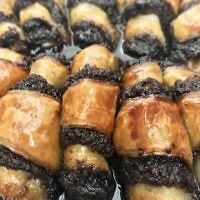 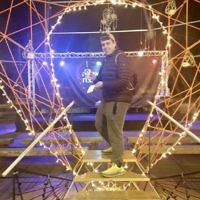 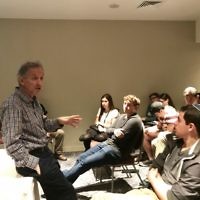 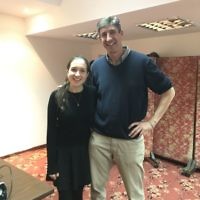 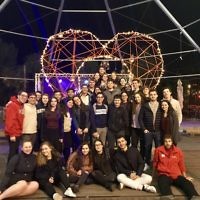