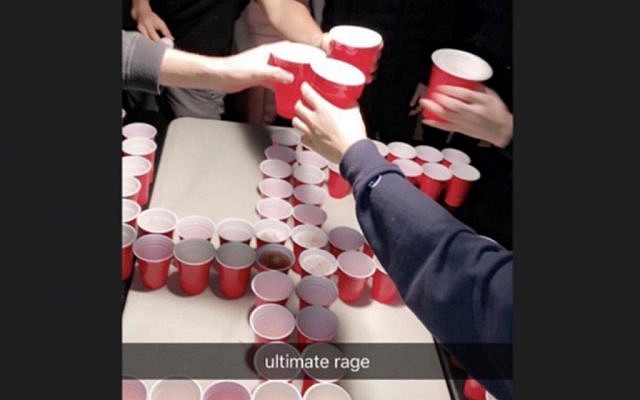 On March 3, 2019, a photo of students from Newport Harbor High School and Costa Mesa High School in Orange County, Calif. went viral online. The students were at a party, standing around cups arranged in the shape of a swastika and flashing the Sieg Heil – the Nazi salute. Jewish students all over Southern California, as well as Newport parents and the Anti-Defamation League (ADL), urged the schools to take action. By the afternoon, the story was in the Los Angeles Times and the names of the students involved had been released. Newport Harbor High School later issued a statement condemning the photo, but many are still concerned about the incident.

What is the effect of these actions on students?

These incidents are not uncommon for American students, especially for those in high school. “Let it be pointed out that this has not been the only anti-Semitic incident within Orange County in the recent months,” explained Joey Sable, a senior at Orange County School of the Arts. Sable was one of the first students to publicize the party photo from a Newport Harbor student’s social media. Yet Sable makes it very clear throughout his statement to Fresh Ink for Teens that this is not the first time he has come across such images, it is just the first time people have taken notice. Still, this does not make it any less shocking for students.

This sort of rhetoric is highly threatening and feels like a targeted attack for many students—in this case, for Jewish students. It is true that there are many microaggressions and bigoted incidents that do not occur on school grounds, such as the mentioned Newport incident. But these sentiments still make students feel uncomfortable and unsafe in a school setting, where they have to share classrooms with those who have expressed anti-Semitism, racism, etc. In addition, it normalizes such rhetoric in a school environment and in social settings, allowing for harassment and discrimination against certain students to be regular. Not to mention the polarization among the student body that such rhetoric causes. 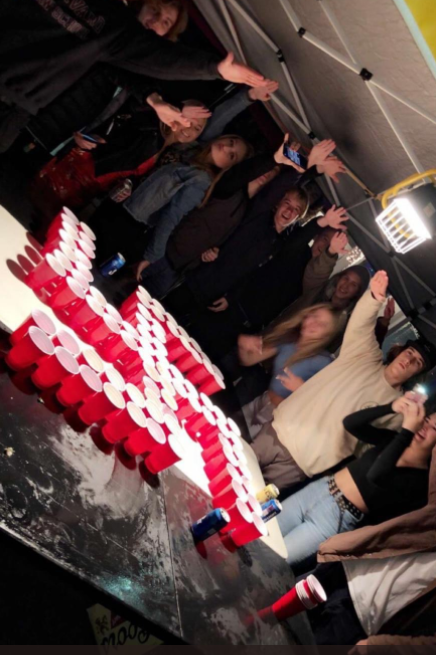 “It’s scary… I’ve seen so many Jewish kids my age so frightened,” said Woodbridge High School junior and Jewish Orange County Resident, Dana Witkin. “It’s difficult to process that it’s not just extremists out there expressing these views, it’s our peers,” she explained to Fresh Ink for Teens. This is a reality that minority students have to consider every time they walk into a classroom.

Furthermore, Jewish students are concerned about the erasure of Holocaust history. With the use of the swastika in such a casual manner, students worry that the symbol no longer carries the weight that it used to. And, therefore, the atrocities of the Holocaust will be forgotten and a generation of students who repeat history’s mistakes will be born. Though it may sound extreme, it is a very real concern of many Jewish Americans and a dangerous risk to take when allowing such symbols to circulate.

What should be done about the students involved in Newport?

But most claim that this is not an excuse. For many students, it is believed that those involved in the photo should suffer academic and even legal consequences. The hope is that the Newport Harbor and Costa Mesa High School students seen in the photos will be an example for future students who wish to express their bigoted ideas—there are consequences for your actions.

Already, the ADL has expressed interest in taking action against the schools and students featured in the viral photo. The ADL’s Orange County and Long Beach sectors have issued a statement claiming that they will be taking the Newport party photo “very seriously,” The Washington Post reports. But, so far, Newport Harbor High School and Costa Mesa High School have only condemned the actions of the students seen with the swastika. That said, with increasing pressure as time goes on, the schools may consider academic consequences for the students.

Regardless, it seems to be agreed upon by Orange County students, teachers and parents that education on the issue is needed. And, that such hateful rhetoric will no longer be tolerated.