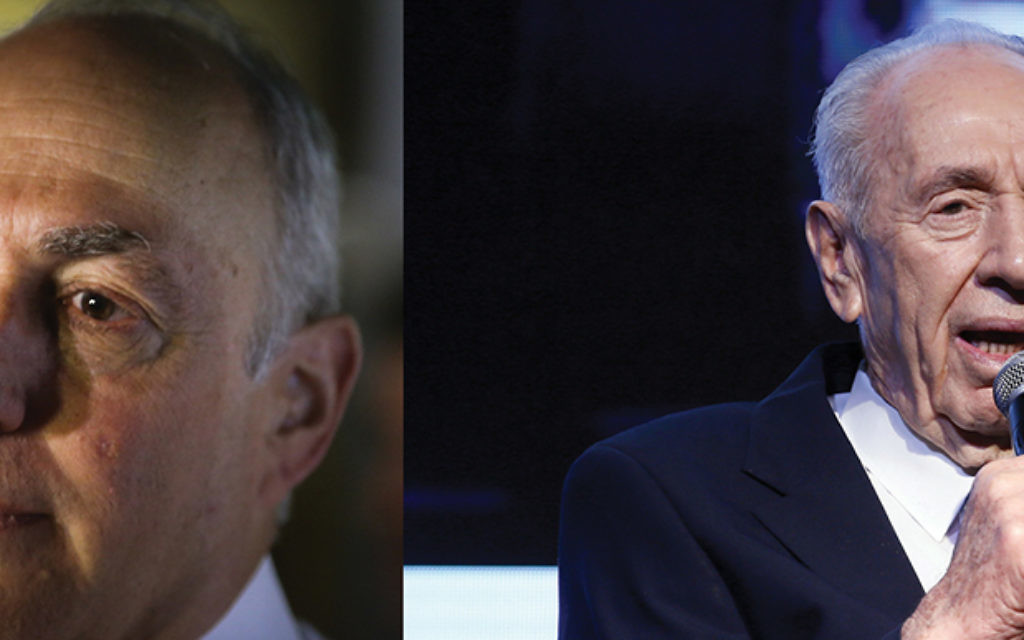 Jerusalem — The son of former Israeli President Shimon Peres gave a sober assessment of his father’s condition following a massive stroke and said the family “will have to make decisions.”

Shortly after 11 p.m. on Tuesday night, several hours after Peres, 93, was admitted to Sheba Medical Center in Tel HaShomer near Tel Aviv, hospital officials said the statesman remained in stable but serious condition in the hospital’s Intensive Care Unit.

In a statement in front of the medical center, Peres’ son, Chemi, acknowledged to reporters that “in the coming hours, we will have to make decisions,” though he did not specify what those were.

He said his father “loved, loves the people of Israel,” and he called on those who were praying for his father to continue to do so. The director of the hospital, Dr. Itzik Kreiss, told the media that the statesman suffered bleeding on the brain as a result of the stroke.

The Israeli media reported that the president had two CT scans on Tuesday night that showed no change or improvement.

Peres’ office said in a statement at approximately 8 p.m. Tuesday that Peres was “stable and fully conscious.” The office later announced that Peres’ doctors decided to sedate him and put him on a respirator as he undergoes medical treatment.

In January, Peres had a heart attack and then cardiac angioplasty to open a blocked artery. He was hospitalized twice more with chest pains.

In an interview in January with JTA, just days before his heart attack, Peres said he was busier than ever, including his work with the Peres Center for Peace, which he founded.

A month earlier, social media was flooded with rumors that Peres had died, leading him to take to Facebook to declare that rumors of his demise were greatly exaggerated.

Prime Minister Benjamin Netanyahu’s office said in a statement that Netanyahu spoke with the director of Sheba Medical Center and was updated on Peres’ condition. Netanyahu conveyed the prayers of the entire nation for a quick recovery, according to the statement.

Peres, who retired as president of Israel in 2014 after more than half a century in public life, including a stint as prime minister, won the 1994 Nobel Peace Prize with the late Israeli Prime Minister Yitzchak Rabin and the late Palestinian Authority President Yasir Arafat.