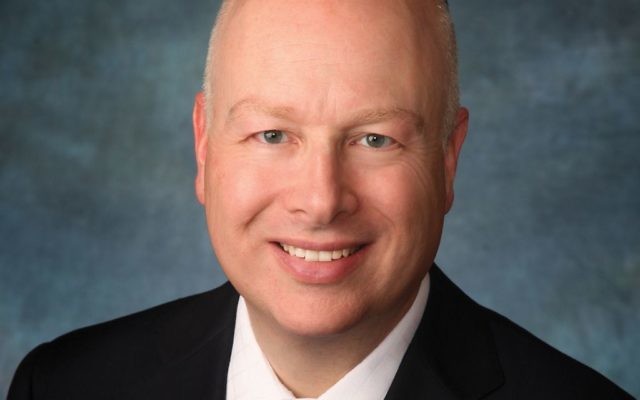 Since the Republicans held their national convention several weeks ago, America and the world have become acquainted with Gov. Mike Pence of Indiana. As Donald Trump knows, Pence is an ardent champion of individual liberty, a reliable proponent of economic growth, and a strong voice in the fight against terror. Of course, the people of Indiana have appreciated these qualities in their governor for years. But what may be lesser known about Pence, who previously represented the east central portion of his state in Congress for 12 years, is his lengthy record of support for Israel. He served for 10 years on the House Committee on Foreign Affairs and as vice chairman of the Subcommittee on the Middle East and South Asia

Time and again, Pence has taken bold stands in solidarity with the people of Israel as they face down the threat of radical Islamic terror on a daily basis. Consider these facts: In March, Pence signed a bill making Indiana one of the first states to require that its pension fund divest from any entity that participates in the anti-Israel BDS (boycott, divestment and sanctions) movement.

“Israel’s enemies are more emboldened than ever before and with the overwhelming bipartisan passage of this legislation,” he said, “Indiana made clear that we will not do business with those who seek to inflict financial damage on the people of Israel.”

Last year, Pence led a letter signed by 14 fellow governors opposing the disastrous Iran nuclear deal. “The lifting of federal sanctions that will result from this agreement will only result in Iran having more money available to fund terrorist groups and attacks,” the governors wrote to President Obama. “The people of our states will not be safer as a result of this agreement, much less citizens of countries like Israel, which Iran has threatened to destroy.” Pence and his counterparts added that they “intend to ensure that the various state-level sanctions that are now in effect remain in effect. These state-level sanctions are critically important and must be maintained.”

When Israeli navy commandos boarded a Turkish flotilla attempting to defy Israel’s arms blockade of Gaza in 2010, the activists on board attacked them with iron bars and knives. Tragically, the confrontation led to a loss of life on both sides — and to a predictable chorus of condemnations of Israel from the United Nations. Even some members of Congress piled on. But not Mike Pence. On June 10, 2010, he declared on the House floor: “Israel has a right to defend itself,” he said, noting that Hamas is a terror organization controlling Gaza and that Israel’s blockage “has saved lives in Gaza and in Israel.”

Pence said the situation in Gaza is “unsustainable” and question whose side President Obama is on in the conflict. In the mid-2000s, then-Rep. Pence led several efforts to place conditions on taxpayer funding for the Palestinian Authority, insisting on mechanisms to prevent aid from flowing into the coffers of terrorist organizations like Hamas.

As governor, Pence instituted the Indiana-Israel Business Exchange. Every year, the governor plays host to a gathering of senior executives from the Hoosier state and the Jewish state, with the goal of deepening economic ties and collaboration. At this year’s gathering, Governor Pence observed, “Hoosiers and Israelis are linked by our self-reliance, determination and entrepreneurial spirit, aiding us all in collaboration to grow our economies and create more great-paying jobs.”

As a U.S. Representative, Pence volunteered to co-chair the bipartisan Congressional Anti-Semitism Task Force in 2007. He also served as a co-chair of the Congressional Israel Allies Caucus. In an address to the American Israel Public Affairs Committee in 2009, Pence explained the reason for his strong stand against anti-Semitism, “Let me say emphatically, like the overwhelming majority of my constituents, my Christian faith compels me to cherish the state of Israel.”

In December 2014, at a speech he gave in Tel Aviv, Pence made clear where he stands on Israel. He recognized that “Israel is again the eye of a hurricane” and stated that “it is imperative that those of us who believe in democracy and freedom stand firm against the force that would reshape the land by aggression and terror. If the world knows nothing else, let it know this: America stands with Israel.”

With the selection of Mike Pence as his running mate, Donald J. Trump has taken another step to reassure Israel and other U.S. allies of his intention to restore America’s historic commitment to supporting democracy, human rights, and the rule of law around the world — and to opposing those regimes that undermine them.