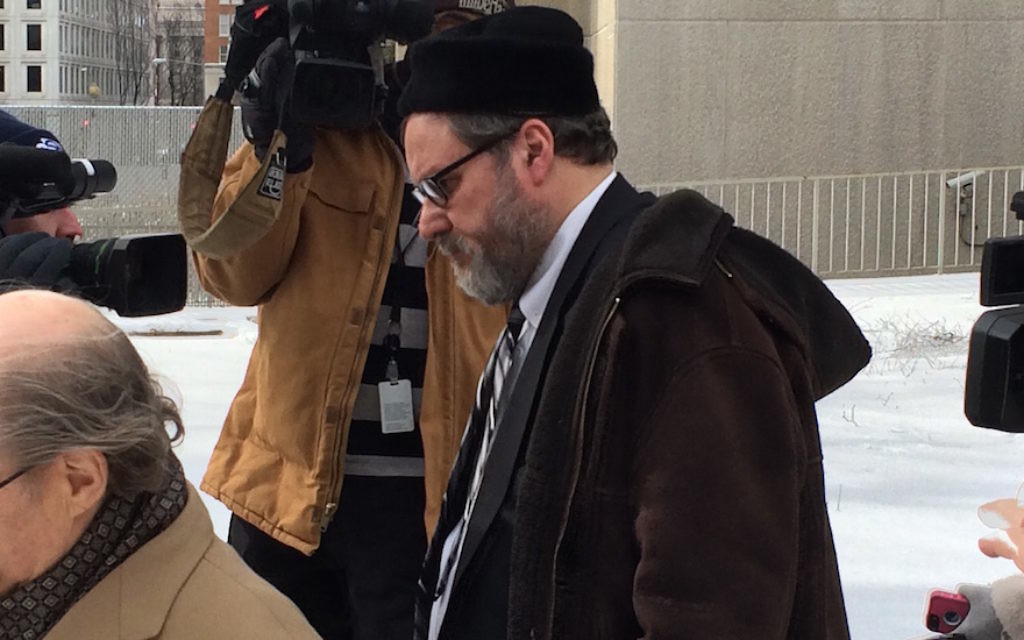 A three-judge panel of the District of Columbia Court of Appeals on Thursday upheld the sentence in a unanimous 20-page ruling.

Freundel, 64, who began serving his sentence in May 2015, was sentenced to 6 1/2 years in prison after pleading guilty to 52 counts of voyeurism, a charge that carries up to a year in jail.

Prior to his arrest in 2014, Freundel was the longtime rabbi of Kesher Israel in the Georgetown section of Washington and an active member of the Rabbinical Council of America, an Orthodox rabbinic group.

Freundel is believed to have violated the privacy of at least 150 women, whom he filmed while they undressed and showered at the mikvah, or ritual bath, including members of his synagogue, candidates for conversion to Judaism and students at Towson University in Maryland, where Freundel taught classes on religion and ethics. The rabbi also secretly filmed a domestic violence abuse victim in a safe house he had set up for her.

Last September, shortly before the Jewish High Holidays, he issued a letter of apology.

“My preference would be to apologize individually to each person I have hurt,” Freundel wrote. “However, I recognize that reaching out to convey my regret could cause further harm to some and that such contact would be unwelcome. Therefore, I thought that the only solution would be to apologize publicly.”