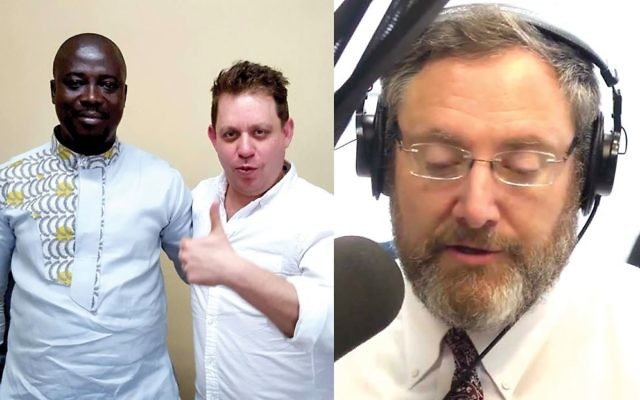 An Orthodox immigration-rights activist and business owner is claiming that a T-Mobile surcharge added to prayer lines — radio ministries that broadcast prayer services and other religious content — is a form of religious discrimination.

Baruch Herzfeld, the Brooklyn-based founder of ZenoRadio, a service that helps 5 million U.S. immigrants a month tune into interactive radio content through mobile devices, told The Jewish Week he believes that the popular cellphone service provider has been surreptitiously adding a surcharge to prayer lines over the past six months.

“T-Mobile is targeting the most vulnerable part of our community, those who do not understand, and those who have few other options to access spiritual faith-based services,” Herzfeld said. The cent-per-minute charge is primarily affecting elderly members of the chasidic, Haitian and West African communities, according to Herzfeld. 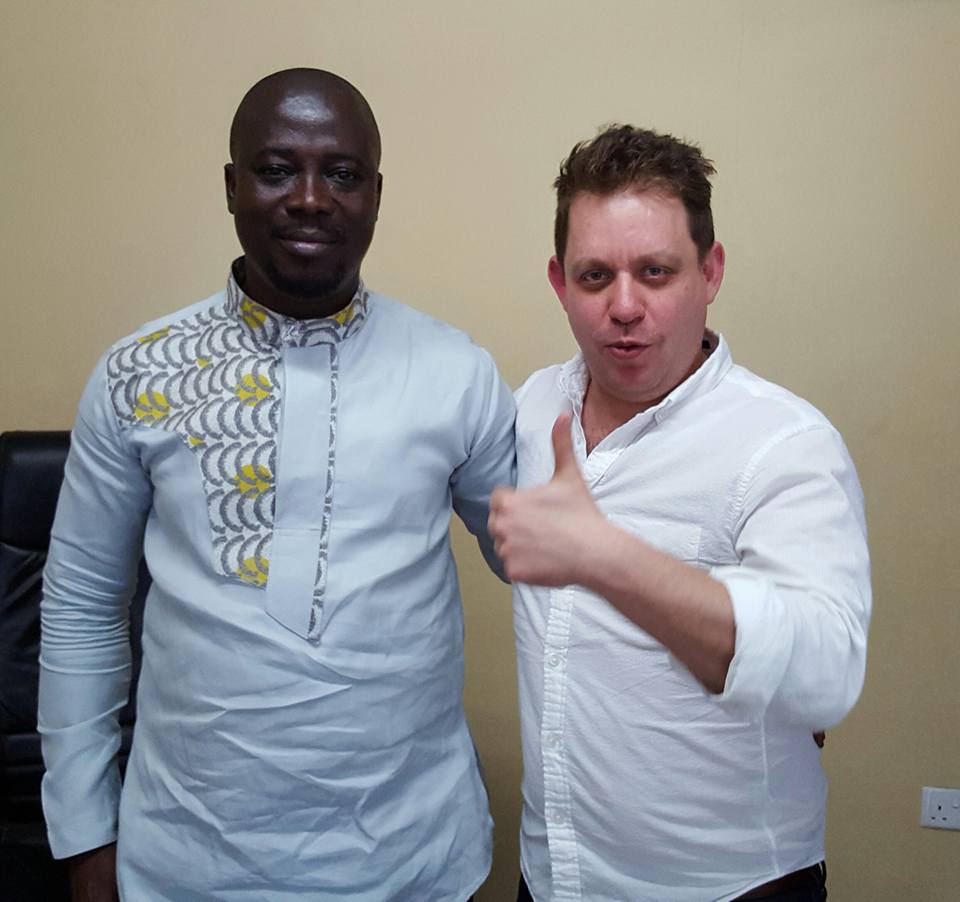 Activist Baruch Herzfeld with a radio broadcaster in Ghana. Courtesy

A T-Mobile spokesperson said in an email that the cent-per-minute charge has been implemented for “out-of-plan” numbers, which include radio broadcast lines. “These calls tend to cost more for T-Mobile to complete and the $.01 charge helps us manage those costs.”

The spokesperson added that customers who dial one of these out-of-plan numbers hear a message letting them know that there will be an additional charge. “They can avoid the charge by simply hanging up and using a different service that offers toll-free numbers.”

“They can avoid the charge by simply hanging up and using a different service that offers toll-free numbers.”

The message, informing customers that the surcharge will apply, is played in English, a language that many elderly immigrant callers cannot understand, said Herzfeld.

Jewish radio DJ Nachum Segal told The Jewish Week that he has lost a significant number of listeners because of the surcharge.

“I know for a fact we were losing listeners because of it,” said Segal, who said about 100 callers — many of them elderly and chasidic — complained about the charge to dial into his popular radio show, “JM in the AM.” 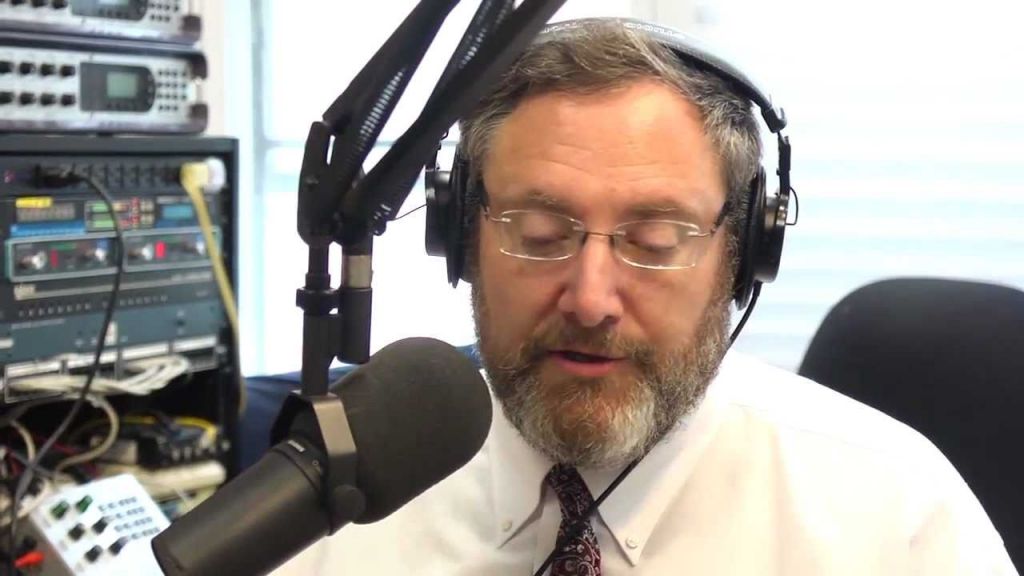 Nachum Segal, host of Jewish radio show JM in the AM.

Though most of his listeners — nearly 25,000 a day — use data to tune into the show, those who don’t use smartphones for religious or technological reasons depend on the call-in option. (In certain charedi communities, smartphones are not permitted; phones without data, called “kosher phones,” are the only alternative.)

“Many of our elderly and charedi listeners rely on our call-in line, and now they couldn’t listen anymore because they were being charged,” said Segal.

Simon Vilnord, a Haitian Baptist preacher who runs a large radio ministry in Miami, told The Jewish Week that many of his parishioners have been charged “hundred of dollars in fees” because they don’t understand that T-Mobile is charging them for calls that “used to be free.” 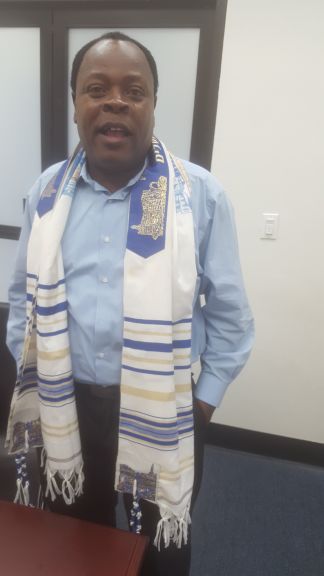 “It is a big problem,” said Vilnord, whose program serves “thousands” of Haitians living in the U.S. who rely on his program for twice-a-day prayer services. “Our listeners love to praise god, and now they cannot listen to their favorite content.”

(Vilnord does not speak English fluently and spoke through a spokesperson.)

The average listener stays on the line for five hours a day, he said. “They go to sleep listening to sermons in Creole.”

Boubacar Ba, the host of a popular political radio show that primarily serves immigrants from Mali, Africa, said that many of his listeners have contacted him about this T-Mobile surcharge over the past two years. (He hosts the show in “Bambara,” the national language of Mali, Africa, spoken by approximately 15 million worldwide.)

“For many listeners, this is the only way they can hear about the news taking place in their home countries,” said Ba, a practicing Muslim who lives with his family in the Bronx.

The charge has caused his call-in listeners to plummet, he said — while a three-hour-long Friday night religious show broadcast from New York used to draw 800 callers, today it is only 350.

Though activists including Herzfeld claim the charge is a form of religious discrimination, First Amendment expert and AJC General Counsel Marc Stern said that is a “tenuous” case to make.

“If the rules of the plan designate certain numbers as out-of-plan and add the surcharge, you don’t have a complaint even if you’re using the phone for prayer or religious study,” he said. The case law regarding phone service being denied on racial or religious grounds is also almost nonexistent, he said.

“I am tired of T-Mobile blocking elderly Haitians from praying.”

“I am tired of T-Mobile blocking elderly Haitians from praying,” she wrote to The Jewish Week via email. “These tactics are very upsetting.”