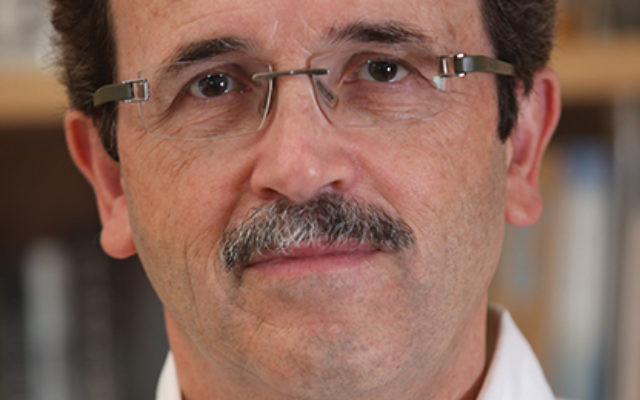 The transition between Passover and Israel’s Independence Day (May 12 this year) is a symbolic transition from a holiday that centers on Godly miracles to a holiday that centers on human actions. There, in Egypt, we are told in effect, “God will fight for you while you keep silent.” Here, in the State of Israel, we are not to be silenced: We are active participants, taking our destiny into our own hands.

What is the difference between these two situations? Are there any connections between them?

The story of the Exodus from Egypt is driven by miracles — a burning bush, a river of blood, flaming hail, a sea split asunder. The natural course of reality is suspended and the stage of history is given over to forces that are propelled by something other than rational causation. Our tradition gushes that “the miracles that a common maidservant witnessed at the splitting of the sea were greater than those beheld by the prophet Ezekiel in his visions.”

Today, however, as we celebrate the 68th birthday of the independent State of Israel, we must recognize that we do not witness overt miracles. The reality we know operates according to fixed rules of nature and human conduct. Our lives are long and sometimes arduous journeys during which we confront the challenges that face us as individuals and as a nation. On the surface, at least, the results depend solely on us: success or failure, triumph or capitulation, death or conquering the mountain. All the angels I have met in my life — and there are many — are human; none has wings. I have never experienced a phenomenon that contravenes the laws of nature.

The vast stretch between the Exodus — when we were defined as a nation for the first time — and the present day provides an ongoing lesson in the transition from dependence on external forces to self-reliance. Jewish history places the obligation to choose, take responsibility, act autonomously, and meet the challenge squarely on us. The Hebrew roots of the words “miracle” (nes) and “trial” (hitnassut) may be similar, but the human experience of these two phenomena is far from identical.

After the Exodus, God’s manifest and active presence in the biblical narrative diminishes. Miracles become less frequent. God speaks directly to human beings on fewer and fewer occasions. On the overt level, human action takes control of the story.

God’s last reported speech in the Bible is to Job, who questioned the morality of the deity’s actions. In the 10 remaining books of the Bible, God is mute — a silence that clears the field for human beings and transfers responsibility to them. From then on, the task of shaping history depends on you and me.

The miraculous story of the Exodus remains with us today because it made an indelible mark on our national consciousness. It is mentioned in our thrice-daily prayers and is the point of departure for a multigenerational message that continues to resonate here and now: some 80 percent of Israeli Jews say that they believe in the God who was revealed to the Israelites in Egypt. But the combination of God’s silence and an examination of the world around us suggests that miracles cannot be a plan for life, whether for individuals or for a nation.

Every generation must deal with the vague temptation to act on the basis of the miraculous. In the 20th century, millions flocked to spiritual, social or political ideologies that impelled them to extreme actions. The earth is saturated with blood because so many people devoted themselves to some ideology of miracles — religious or secular — in the hope of finding a shortcut and forgoing independent critical thinking.

Miracles have not vanished from our lives; they have merely changed their shape. Today, they take the form of an inspirational and charismatic figure, of an ideological promise that claims to possess the undisputed truth, or of a strong individual who “knows how to deal with problems.” These, like miracles, assert that they can circumvent the learning process and the arduous engagement with the complexity of reality.

The Jewish historical memory is aware of the tension between miracles and the trials of daily life. On the one hand, “one may not rely on miracles.” On the other hand, we are not limited to “my own power and the might of my hand.” Today, in the State of Israel, we are required to strike a delicate balance between self-reliance and the knowledge — or, more precisely, the faith — that we exist in a broader context. We are called on to act simultaneously on the basis of inspiration — “miracles” — and on a calculated assessment of reality — “trials.” The combination of daily trials and miracles has enabled us to survive as a people and imbues our existence with meaning as a nation — then and now.

Yedidia Stern is vice president for research at the Israel Democracy Institute and a professor of law at Bar-Ilan University.