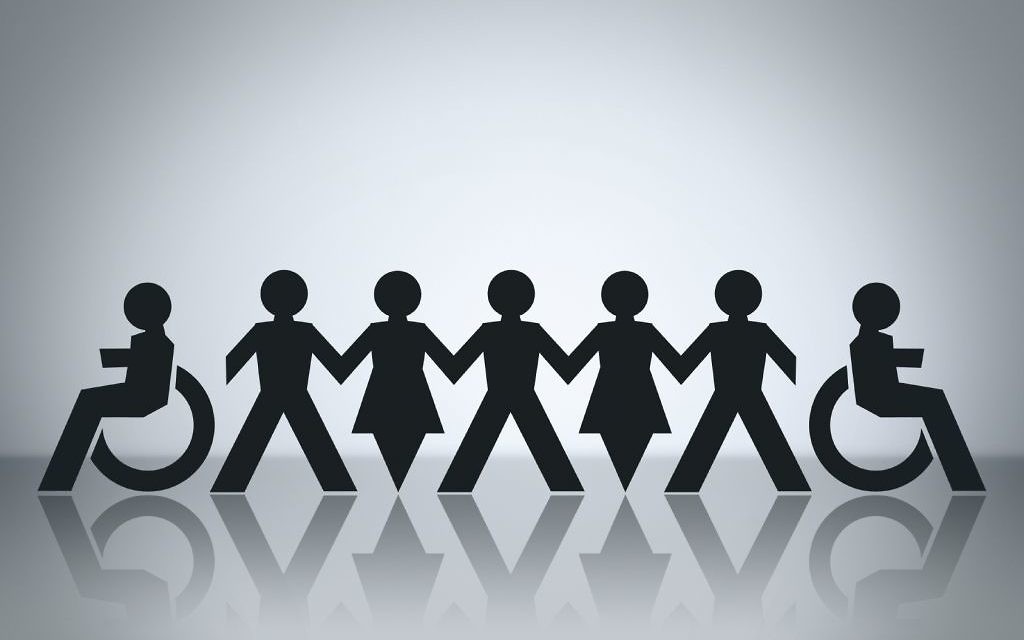 Parsha Emor contains a disturbing mitzvah: those priests who have disabilities are explicitly prohibited from officiating at the Temple. Of course this related to a tiny percentage of a tiny percentage of the population—grown men whose fathers were Kohanim. It was only relevant during Temple times and only with respect to animal sacrifices. So it may be irrelevant. Until the Temple is rebuilt there is no possibility of sacrifice. Even when the Temple is rebuilt it may be that, following Rambam, there will be no sacrifices. So why the geshrei?

The real issue is, this is God speaking and legitimizing the exclusion of people with disabilities. And if God is OK about discrimination, it will be very difficult to stop man from doing the same. So I turned to the literature in books and blog to try to understand what was going on. Instead of a reconciliation, a justificatory solution or an inclusive reading, what I discovered was possibly worse that the Parsha itself.

Here are some of the things that I discovered while studying responses to Emor:

2. The exclusion was for the good of people with disabilities:
THE MESSAGE: Getting the details of the law wrong resulted in the deaths of Avihu and Nadav who perished in the Holy of Holies. People with disabilities would be sure to make mistakes, so not letting them engage in sacrifice keeps them safe and is good for their well-being.

4. Emor is really about Spiritual Blemishes (of People with Disabilities?)
THE MESSAGE: The list of disabling characteristic which exclude Kohanim from Temple rituals isn’t really about the listed characteristic. It is really about the fact that we are all limited and none of us really perfect enough to serve – except, that is, the rest of the Kohanim who were (on this reading) pure in all ways. People with disabilities must be the greatest sinners because they are blemished on the outside as well as inside!

5. People at Biblical Times were not as good as people today:
THE MESSAGE: They may have merited being brought out of Egypt and the giving of the Torah, but the generations of the Bible were deeply flawed. In the past people only knew others superficially and were distracted by bodies, while today we all know the difference between form and substance, know discrimination is bad. We should pat ourselves on the back because we always behave ethically and treat people with disabilities as badly as we treat everyone else!

7. You wouldn’t serve soup with a broken ladle so you shouldn’t serve God with a broken body:
THE MESSAGE: Kohanim are not people, they are holy vessels for the service of God. We know that the other Kohanim were not people, because only objects can be perfect. God doesn’t wanted to include broken people, because why would He or She? After all only some of us are made in God’s image. The rest of us are imperfect, disabled, women etc. We are just a group of broken ladles.

The discrimination in Emor is real and causes many of us distress. But put into context, it is only a detail of a defunct practice that many of us, including Orthodox Jews, find hard to stomach in the first place. On the other hand, the teachings that abound which contain the sort of ideas listed above pose a far greater threat to people with disabilities than anything in Emor.

How are we going to progress towards an inclusive society if we see people with disabilities as spiritually flawed, broken vessels or as “special” souls who should come to terms with their suffering? How can we aim for synagogue inclusion if Jewish educators’ attitude to disability contains these sorts of teachings?

All people were made in God’s image. Each person is a whole world–because if you kill a person you destroy the world. Each Jew is a letter in the scroll – and a Torah isn’t kosher is some of the letters are broken. We can only be a holy people when we are whole. Wholeness is not about body worship or external image. We can only be whole when we embrace all of each other as equals in value and dignity; while acknowledging our different needs and qualities.

Melinda Jones is an Australian human rights lawyer and a disability/inclusion advocate. As a result of acquiring a disability, Melinda retired from teaching law at the University of NSW in 2001. She is widely published, most recently a book Critical Perspective on Human Rights Law and Disability (2011). A Melinda is currently working on a book, "Judaism, Justice & the Rights of People with Disabilities."

Editor's Note: Please note that this blog represents the author's point of view, not that of The Jewish Week.