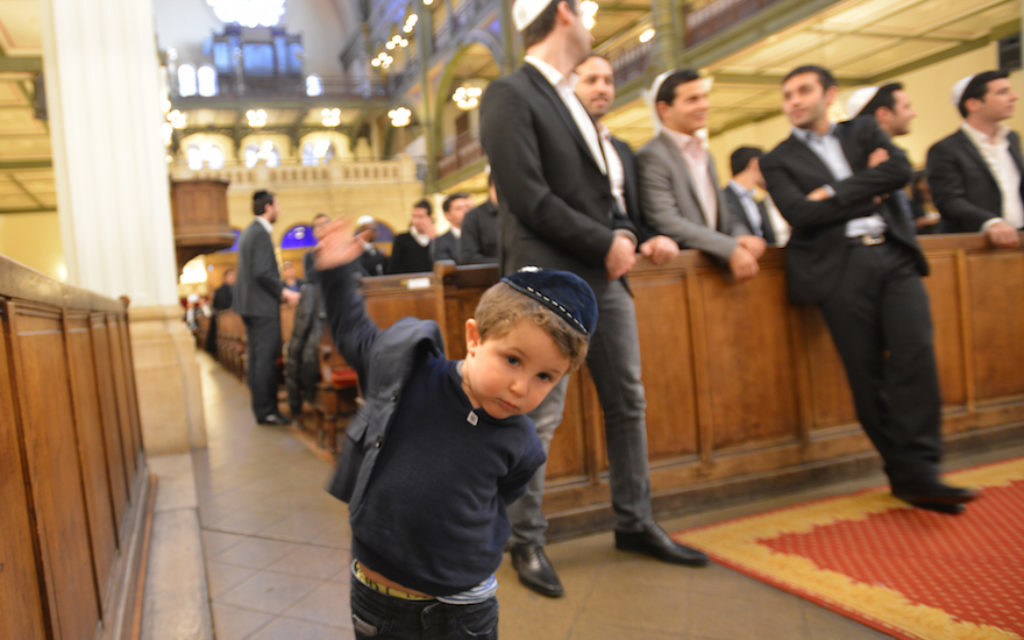 The presence of terrorists in the Paris suburb of Saint Denis will not affect the daily life of the Jewish community there, the head of the local Chabad center said.

Following a raid Wednesday that ended with the death of two suspected terrorists in the poor and heavily Muslim suburb north of the capital, Rabbi Mendel Belinow said the community will only “increase the volume of its activities.” Police stormed a building in Saint Denis believing it was the hiding place of those responsible for the attacks that killed at least 129 people on Friday. Three officers were wounded; a police dog was killed. Police made seven arrests.

“We are not suspending our activities, and are preparing to celebrate Hanukkah as usual,” Belinow said, adding he was “not surprised at all” by news that terrorists chose to hide in the municipality.

“It’s a difficult neighborhood, that is no stranger to extremism,” he said.

One of the suspected terrorists killed was a woman who set off her explosive vest as counterterrorism forces were preparing to enter her hideout.

Following the attacks on Friday, many French Jewish institutions, and in Paris especially, briefly suspended their operations, though many synagogues remained open.

Anti-Semitic attacks are a “frequent occurrence” in Saint Denis, but have not increased in recent months, said Belinow, who has served as an emissary to the Chabad-Lubavitch movement in the suburb for 25 years.