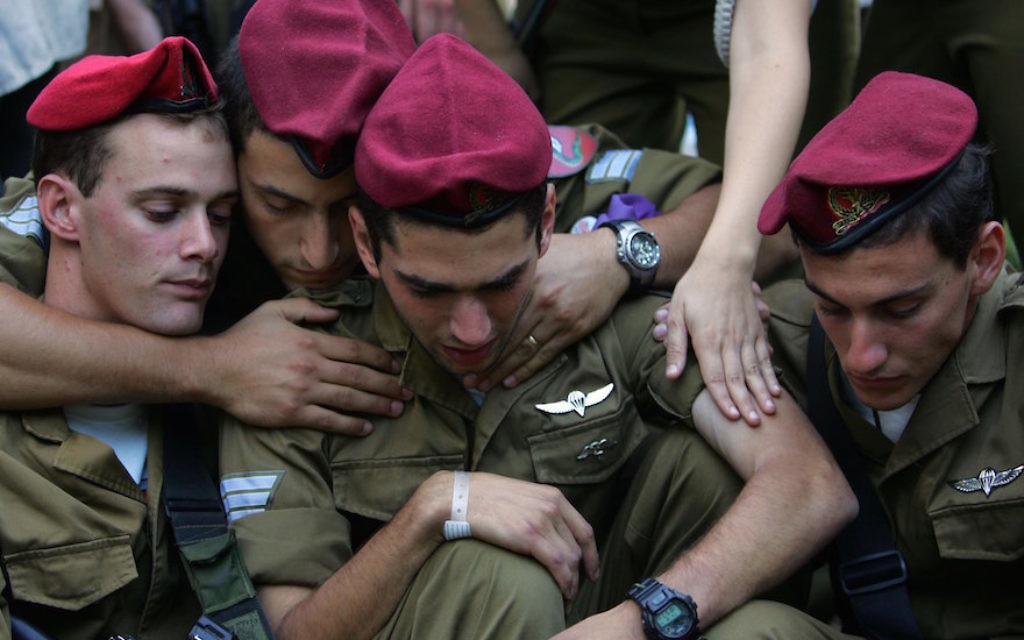 JERUSALEM (JTA) — The parents of Michael Levin, a lone soldier from the United States who was killed in the Second Lebanon War, returned to Israel to mark the 10th anniversary of his death.

Mark and Harriet Levin of Philadelphia traveled to Mount Herzl on Thursday to mark their son’s yahrzeit. They were joined by other immigrant soldiers from the Paratroopers Brigade in which their son had served.

Levin fell in battle at Aita al-Shaab on Aug. 1, 2006, at 22. He left a furlough with his family at home in Pennsylvania in order to rejoin his unit and cross into Lebanon.

Levin’s dream had been to create centers for lone soldiers to assist them; today there are three such centers that bear his name. More than 6,000 lone soldiers from around the world are currently serving the Israeli army.

“I think about him every day,” Mark Levin told The Jerusalem Post. “We love him, we miss him, we’re very proud of his service here, and we are proud that we were able to support his dreams and make them come true.”