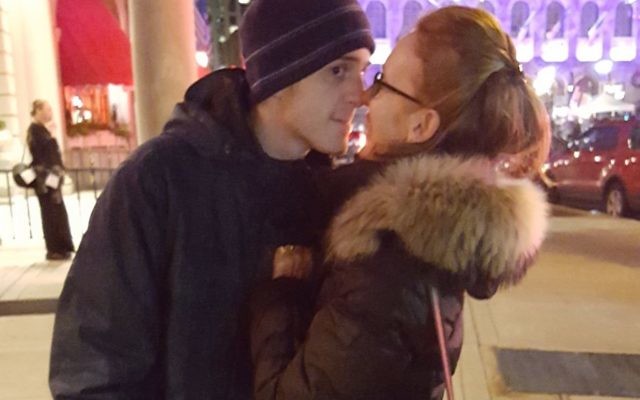 The other day, something wonderful happened. Nothing. As in nothing stressful, worrisome, upsetting, confounding, infuriating. I started my day with my daughter making breakfast for her dad and me and segued to a conversation with my eldest son, who reached out for some guidance with what he thought was an ethical dilemma. These two things were so blissfully, magically, wonderfully and only about the good side of the parenting ledger.

I spend so much of my life living in that place which has been described by researchers as being similar to the stress experienced by combat veterans. At first, I dismissed the findings.   What? Mothers of autistic kids have stress levels similar to those of combat veterans? That can’t be right. I don’t live in a war zone. No one is trying to kill me. But then it hit me. It’s not the war zone issue. It’s the constant, hair-trigger vigilance, living with an alertness that is not normal, that leaves you feeling like a cat on a hot tin roof, always on edge. If you live there long enough, you become weirdly attuned to what is abnormal. And that becomes your normal. Which brings me back to the other day.

It seems perhaps an overreaction to find joy in simplicity, in a son reaching out, and in a daughter being solicitous. But in my world, joy is never, ever to be taken for granted. My default is stress and worry. Right now, all of that stress and worry is focused on what happens the day after the school bus stops coming for Noah—forever—in June. What will his life be like after that? What will his days revolve around? Will my entire future be as his helpmate, entertainer, de facto job coach, chauffeur? I don’t know what lies ahead. I only know that it leaves me feeling overwhelmed, underprepared, and terrified. And that’s actually not a bad description for much of my journey as a parent. It’s not that every day has been full of fear, that each day I have felt ill-equipped; it’s that the totality of my parenting these past two decades plus has been so full of so much of that that I have had to go the extra mile to create the conditions for happiness. They aren’t normally there, because normal left us when autistic Noah found us.

So instead of finding joy and happiness in the markers that so many around me in my community gauge their parenting success by—grades, college acceptances, job status—I find it instead in the connective tissue we have created for our kids and for our family. In my heart of hearts I believe that that is what leads a twenty-three year old son to reach out to his mother with an ethical dilemma, and a seventeen year old daughter to bring her parents breakfast in bed. Our family life may be radically abnormal in so many ways. But our love for each other is radically exceptional. And that, in the end, is what the source of joy is. Or at least it is for me.

Nina Mogilnik’s professional career has encompassed work in the philanthropic, nonprofit and government sectors. Nina is presently consulting to a select group of nonprofit and foundation clients. She also serves on the boards of Birch Family Services, and the Good People Fund. Nina is also an avocational writer, and has had a number of essays about her experiences dealing with her father’s Alzheimer’s and her son’s autism published in Haddasah Magazine and in The Jewish Week. Nina’s proudest accomplishment — and hardest job by far — has been as a mother. Nina has degrees in philosophy from Union College (B.A.) and from the University of Chicago (M.Phil). She lives with her husband and kids outside New York City.