In Brooklyn, when the gloaming shades the factories and warehouses into the color of dried blood, when flocks of chasidim walk briskly through the old neighborhoods, one can understand how Maciej Golubiewski, the Polish consul-general, could imagine he was back home in another factory town, his native Lodz, once as Jewish as Brooklyn. “It never eludes me,” he said in the United Nations lobby, that while “walking through parts of Brooklyn … probably many of the chasidim that we see … come from Lodz,” or at least those chasidim whose families weren’t entirely killed. “I think to myself,” said Golubiewski, “this is how my town must have looked [around] 1932, my grandmother’s reality.”

Like a country music song about a bad marriage in a two-story house, the Jews tell one story; the Poles tell theirs. It began, legend has it, in the 1300s when Esterke, the beautiful Jewish mistress of Poland’s King Casimir, seduced him into allowing her exiled people to find shelter in Casimir’s kingdom. By 1939, Poland had 3.3 million Jews, 9.5 percent of the national population. Ninety percent were murdered by Nazis, as many as 100,000 killed with the help of Polish collaborators. Other Poles saved as many as 35,000 Jews. Nevertheless, when the few survivors returned home after the war, they soon departed because of “local hostility,” as YIVO recorded it. That was then. Today, the Polish government is yearning for their lost Jews more than those Jews could ever have imagined.

On Jan. 28, on the South Wall of the UN lobby, the Polish government sponsored a photo exhibit, “Bracha – Blessing: Back to the Polish Shtetls,” 48 stunning photographs by Agnieszka Traczewska depicting chasidim returning to Poland to visit the deceased chasidic rebbes who were lucky enough to have graves. 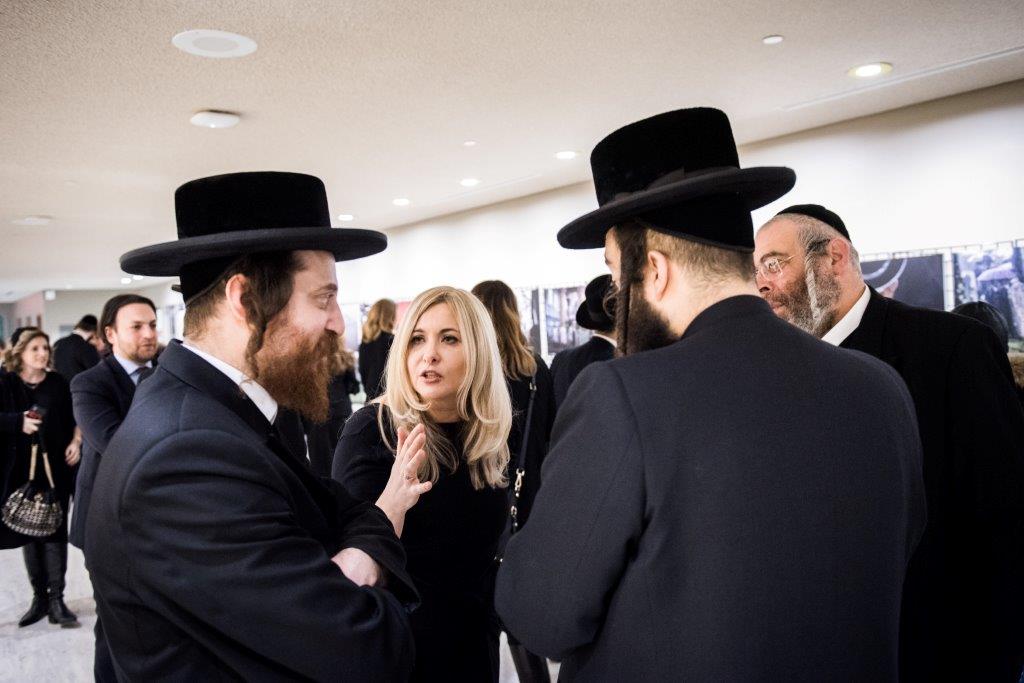 Agnieszka Traczewska, center, shot stunning photographs of chasidim returning to Poland to visit the deceased chasidic rebbes who were lucky enough to have graves. Courtesy of Polish Consulate

Poland’s UN ambassador, Joanna Wronecka, told the guests at the exhibit’s opening, “it would not be an exaggeration to say that there is no Polish culture without Jewish culture.” The photos of chasidic pilgrims “show that the traces of the Old World have not completely disappeared, and the Jewish heritage is well and alive in Poland.” Well, not quite. A community of millions is down to 10,000. What that means, said Consul-General Golubiewski, is “Poland and its people [must be] the guardians of the memory of the tormented Jewish nation, its culture, our common heritage.”

One Bobover chasid, descended from Polish Jews, who was photographed by Traczewska during his visit to his ancestral home, said a few words, and Lincoln Square Synagogue’s Cantor Yanky Lemmer, also descended from Polish Jews, sang a few ethereal niggunim rooted in Polish “chasidus,” but although it was a United Nations event there was no representation from either the Israeli UN delegation or any Jewish organizations. Although other Holocaust-related exhibits (such as one honoring diplomats who were recognized by Yad Vashem as “Righteous Gentiles”) will be on display in the same lobby through Feb. 26, the Polish photographs were removed after only a week. Asked why, a representative of the consulate would only say, “The status of this exhibition was a bit different,” declining further explanation. Even so, the photographs, many quite beautiful, can still be seen online at agnieszkatraczewska.com. 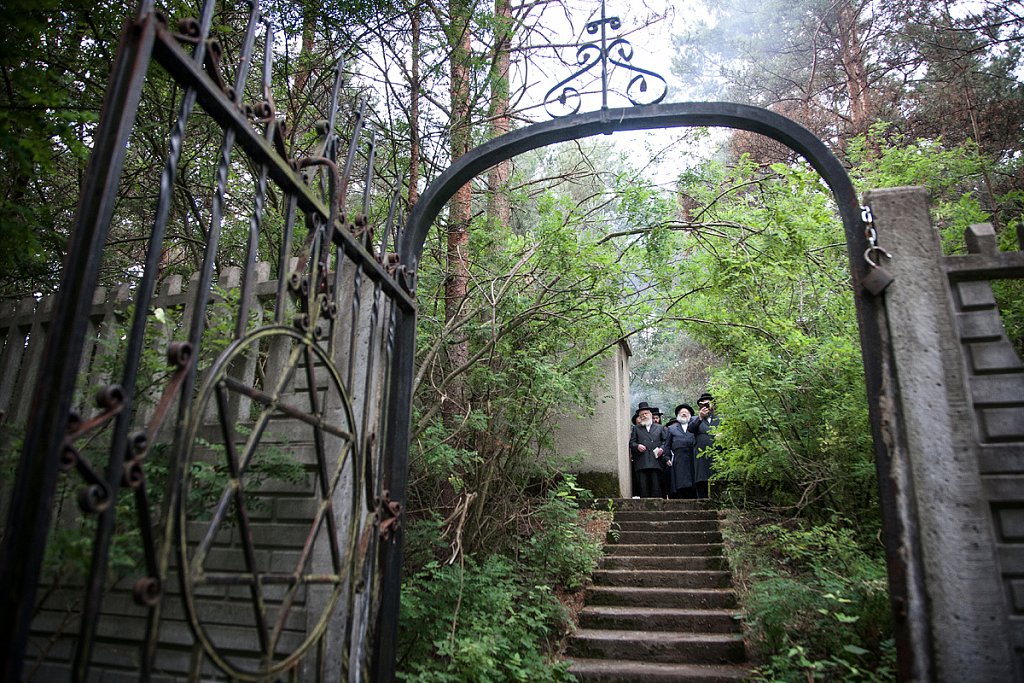 The photographer, Traczewska, 49, a resident of Krakow, told us that when she was growing up, “no one told me the significance” of Polish Jewry, or why it disappeared. On a school trip to Auschwitz. “We were told how many Polish people [were murdered]. Nobody told us the majority of them were Jews.”

Eleven years ago, Traczewska noticed the unlikely sight of chasidim, on a pilgrimage to their rebbe’s grave. “I remember thinking,” she said, “how is it possible that in my country, all of a sudden, I’m seeing these people who seem frozen in time? Where are they coming from? Who are they?” So many towns in the Polish countryside “were inhabited by Jewish people.” She noticed that chasidim, such as Bobov, still called themselves by the names of the Polish towns they came from. “My goal,” she said, “has been to show this to my people, to Poles, to let them understand our common heritage.” 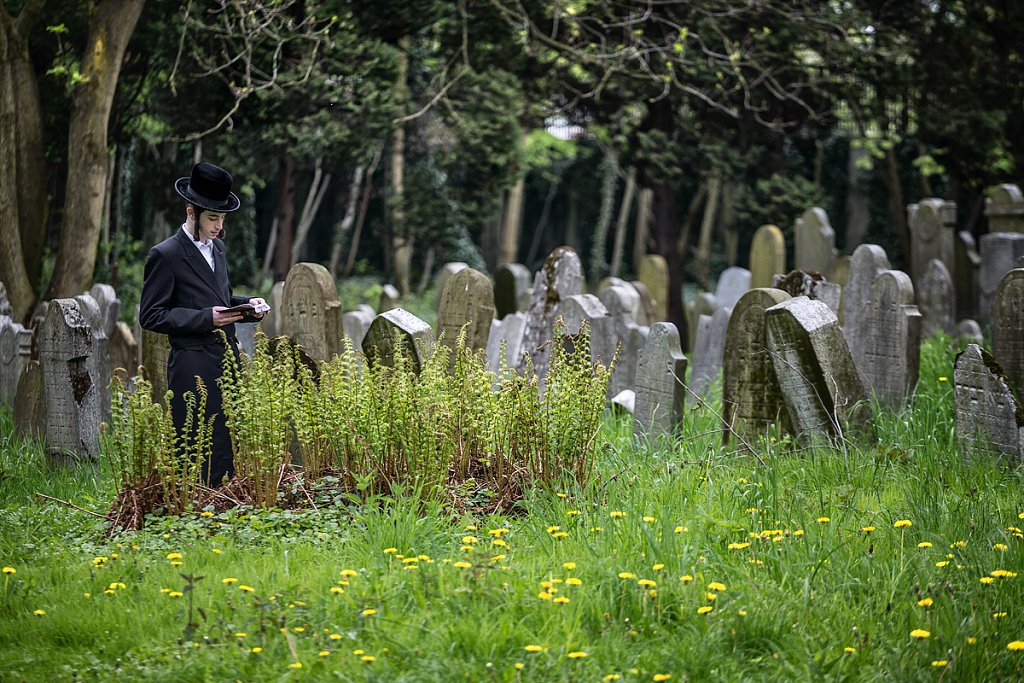 At times, she said, it felt like “mission impossible.” She was an outsider, a woman, didn’t speak Yiddish or Hebrew, didn’t know Jewish laws or traditions; it was a lonely endeavor. Not knowing the dates of a rebbe’s yahrtzeit, the dates most likely to attract visitors, she’d stand in the tall grass of a cemetery, waiting for someone to come, “aware that hours of standing before a grave or a synagogue awaited me.” On a cold winter night, she spent hours “looking at a closed door and the bright windows leaking light, believing that something might yet happen.”

In Lizhinsk, however, Reb Elimelech’s grave “was completely surrounded by dozens of people” reciting Psalms, lighting candles, pushing scraps of notes between the metal rails. She recognized in these chasidic men and women “the same degree of intensity in their wide-open eyes” that she had seen in pre-war photographs. “I met the descendants of a vanished ‘tribe,’ a nation which had been condemned to death.” Once, “they lived in our lands, leaving behind a hollow, empty gap.” In their absence, “synagogues were turned into libraries, museums or shops. Oher buildings and cemeteries were left to fall into ruin.” 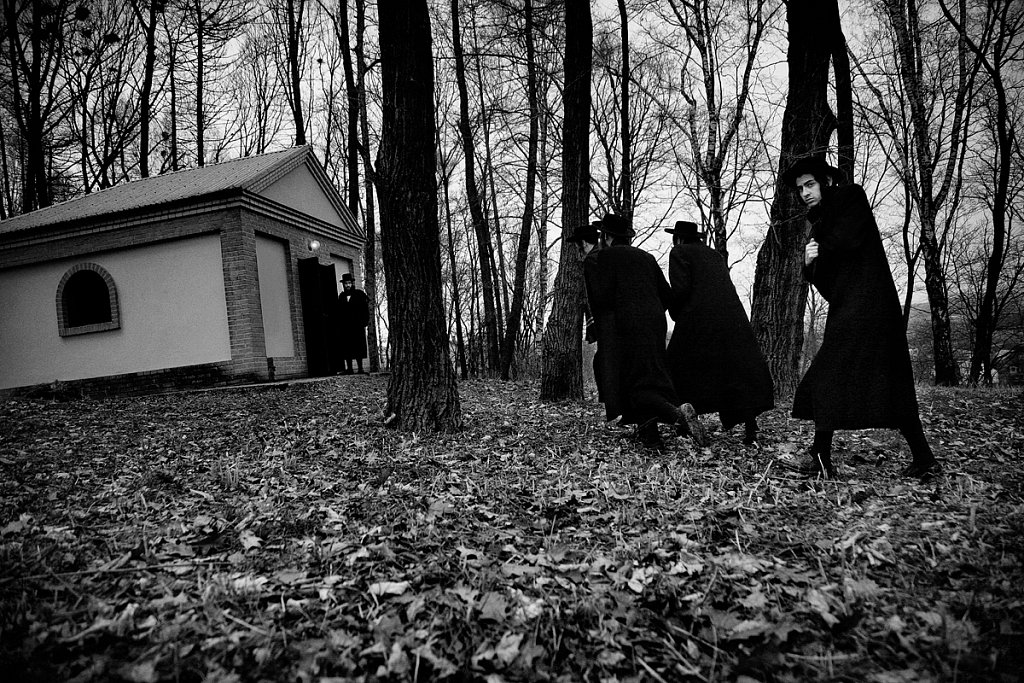 Sometimes she came away with not only lovely photographs but “with the gift of friendship,” making “chasidishe friends.” Contrary to the myth of chasidic insularity, she found many chasidim who were as curious about her as she was about them, chasidim “who tried to understand the meaning of my photography and decided to trust me. I am eternally grateful to them. The fact that they didn’t lock the door to the synagogue or the ohel” [the chasidic term for the enclosure around a rebbe’s grave] meant a lot to her. “Baruch Hashem,” she says, (“blessed is God”).

In what was once the shtetl of Jasliska, in the snow, under bare trees, she saw chasidim matching graves to upended tombstones, now piled in a brick shed. The cemetery was now on private property. She writes in her book, “Returns,” how a local priest and a representative of the Jasliska municipality escorted the chasidim to the place where their ancestors were buried. Then “several tombstones were pulled from a nearby stream by a gentile volunteer.”

In the what was once the shtetl of Lelov, she photographed a mikvah in someone’s basement, the mikvah now used as a storage for potatoes and homemade pickles. 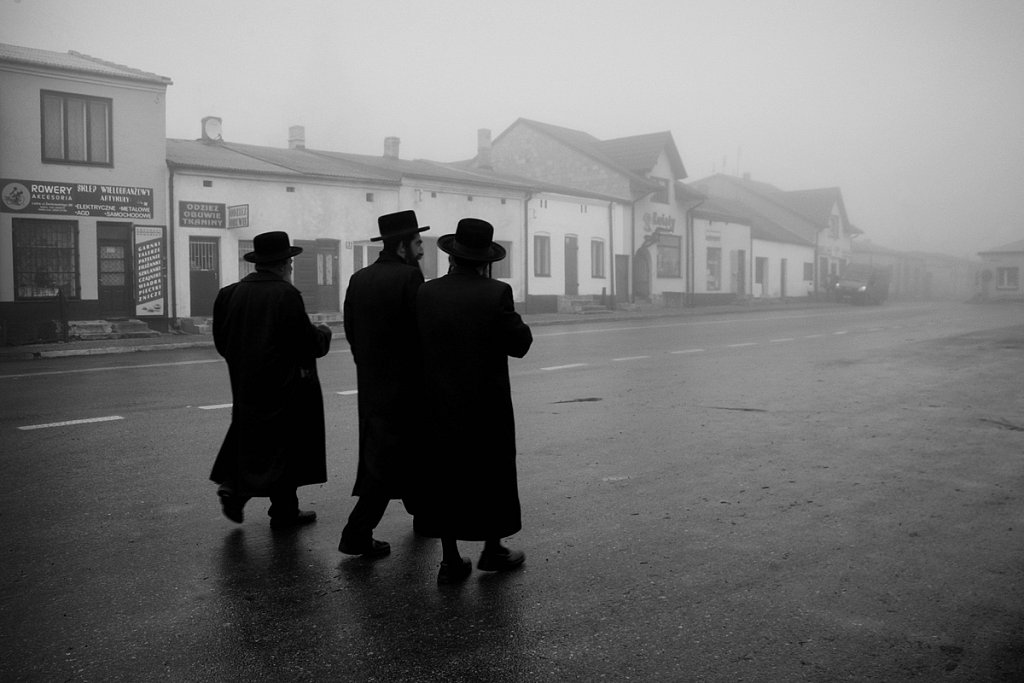 Krysztof Kos, keeper of the Jewish cemetery in Radoshits, told her of a dream in which someone told him to open the cemetery’s gate. Kos woke up, thought nothing of it, and went back to sleep. The dream repeated, but this time, said Kos, “the voice was more forceful. An old man with a long white beard and fiery eyes shook his finger at me and said, ‘I’m telling you again, get up and open the cemetery’ gate, people are waiting to go inside to pray.’” Kos got dressed, took the ring of keys, and drove to the cemetery where a group of chasidim were waiting patiently. “When they saw me bringing the keys,” he said, “they started singing and dancing to praise God, as now they could fulfill their mission of [saying Psalms] by the grave of the tzadik of Radoshits.”

Golubiewski, the consul-general, told those gathered in the UN lobby, Poland was once called “the paradise of Jews.”

So maybe it wasn’t always a paradise. As Traczewska’s friend, Dovid Singer, a Bobover chasid, said of Poland, “there were problems sometimes. There are problems in New York sometimes.”