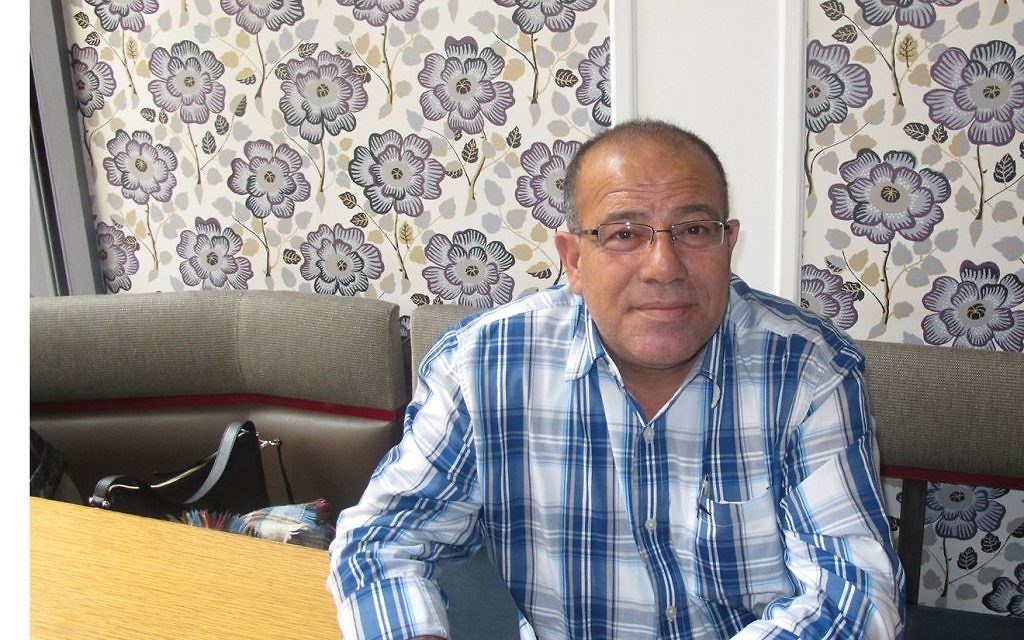 Students for Justice in Palestine, the pro-Palestinian college advocacy group, and members of Hillel don’t often share a platform.

Founder and former director of the Palestinian Human Rights Monitoring Group (PHRMG), a nonprofit that documents human rights violations committed against Palestinians in the West Bank, Gaza Strip and east Jerusalem, Eid has dedicated his life to defending the rights and dignity of Palestinians — without pinning the blame on Israel.

“The media’s exclusive focus on Israeli violations makes me more and more worried,” Eid told The Jewish Week in a bustling Midtown coffee shop. “We, the Palestinians, need to be worried that the international community has turned a blind on the violations of the Palestinian Authority.”

Eid has shared his nuanced message recently at 20 university campuses, including Manhattanville College in Westchester last Thursday and John Jay College in Manhattan on Monday. His tour, organized by StandWithUs, an international Israel education organization, has left some liberal groups, including pro-BDS group Jewish Voice For Peace, baffled.

“I don’t fit with their political agenda, so they don’t know what to do with me,” said Eid, laughing heartily as he sipped his cappuccino. He recalled JVP’s attempt to protest the community-wide event at the Ithaca, N.Y., Greenstar Natural Foods Co-op, where he spoke out against boycotting Israeli products, a resolution the co-op was considering. “I am a Palestinian, I’ve spent my life fighting for Palestinians — how can they tell me I don’t care about Palestinians?” he said, his jovial tone failing to completely mask his indignation.

Eid, a second-generation Jerusalemite, has a Jordanian passport, speaks Arabic and Hebrew fluently, and lives in the West Bank City of Jericho, under the administrative control of the PA. Though his extensive investigation of corruption, illegal arrests, torture in Palestinian prisons and death sentences carried out by the PA have made him a persona non grata — in 1996 he was arrested by the Palestinian Presidential Guard, but released after 25 hours following widespread international condemnation — his fellow Palestinian citizens view him with respect and gratitude, he said.

“No one ever tried to knock down my door — I’m feeling very safe there,” he said. “The majority of Palestinians totally believe in what I’m trying to express to the international community. I was one of the first people to defend their rights.”

In the mid-1990s, he declined a private meeting with former PLO President Yasir Arafat, who wanted him to cease his investigations.

“I immediately rejected it,” said Eid. “Arafat was going to tell me, Don’t keep putting out our dirty laundry.”

Proud of his background, Eid finds the media’s narrative of Palestinian victimhood offensive. “I am not saying Israel is innocent, but what I try to explain to pro-Palestinian students is this: Stop considering us victims of the Israeli conflict,” he said, enunciating each world carefully. “We are human beings and we have a full part in the conflict.” He paused, before continuing. “I do not need groups telling me I’m a victim. I am part of the solution.”