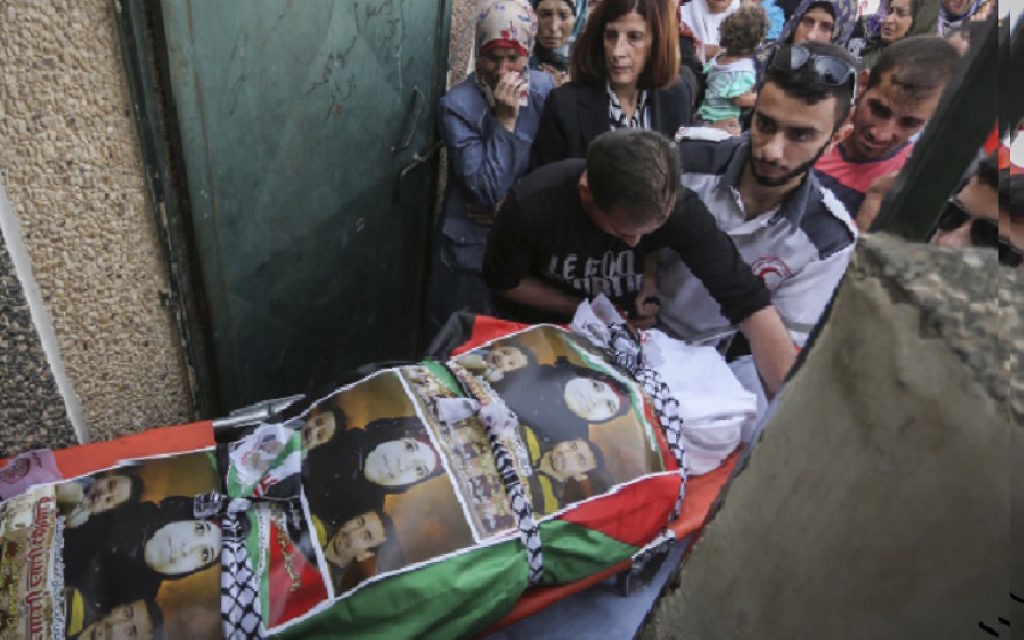 Jerusalem — The Palestinian woman seriously injured in the firebombing of her West Bank home that killed her infant son and husband has died.

Reham Dawabsheh, 27, died late Sunday night, a day after her condition began to deteriorate, the Palestinian Maan news agency reported. Thousands attended her funeral in the village of Duma on Monday afternoon.

She suffered burns to some 90 percent of her body in the July 31 attack in Duma, and was unconscious and on life support at a Tel Aviv hospital. Her 18-month-old son, Ali, was killed in the attack and her husband, Saad, died more than a week later of his injuries. Another son, Ahmed, 4, was seriously burned but is reported to be recovering. He has not been told about the loss of his family.

Reham Dawabsheh was a teacher at a local elementary school.

Her father, Hussien Dawabsheh, told Ynet that “she died a martyr and a hero.”

Several Jewish extremists were arrested and remain held in administrative detention in the wake of the attack, but no one has been charged in the incident.

“Over a month has passed and the Israeli government has not yet brought the terrorists to justice,” Saeb Erekat, the secretary-general of the Palestine Liberation Organization, said in a statement. “If Israel is not stopped and held accountable, then Reham will not be the last victim of Israeli terror.”