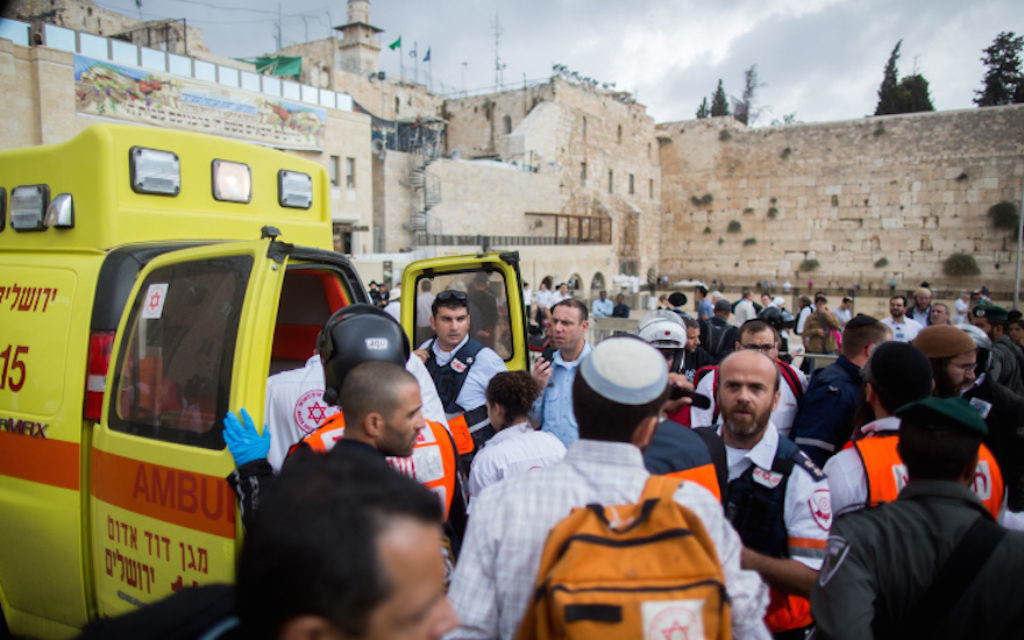 Jerusalem — A Jewish-Israeli man who was stabbed in the back by an 18-year-old Palestinian female shot his assailant with his weapon in Jerusalem.

The incident in the Old City on Wednesday morning took place at a site near the Lions’ Gate in the Muslim Quarter where two Jewish men were stabbed to death by a Palestinian assailant on Saturday night.

The man, in his 30s, was taken to a hospital with at least two stab wounds to his back and is described as being in moderate condition. His assailant was taken to the hospital in serious condition.

It was the third stabbing attack in Jerusalem in the last five days.

The attack came hours after an Israeli woman, 38, was injured when a group of Palestinians threw rocks at her car, shattering the windshield, on a road near Jerusalem and then attempted to drag her out of the vehicle.

A Palestinian teen was shot by an Israeli citizen who fired into the group of Palestinians as they attempted to pull the woman from the car. She suffered injuries to her head and arm during the incident.

The woman, identified as Rivi Lav Ohayon, told Israel’s Channel 2 that she “looked death in the eye” during the attack.

Seven other Israeli-licensed cars were damaged in rock attacks on the same road leading from Jerusalem to the Tekoa settlement in the West Bank.

Also Wednesday, a man identified as a Palestinian stabbed an Israeli soldier and grabbed his rifle in the southern Israeli city of Kiryat Gat before escaping into a residential building, Israel Police reported. The attacker was later killed in a shootout with police.