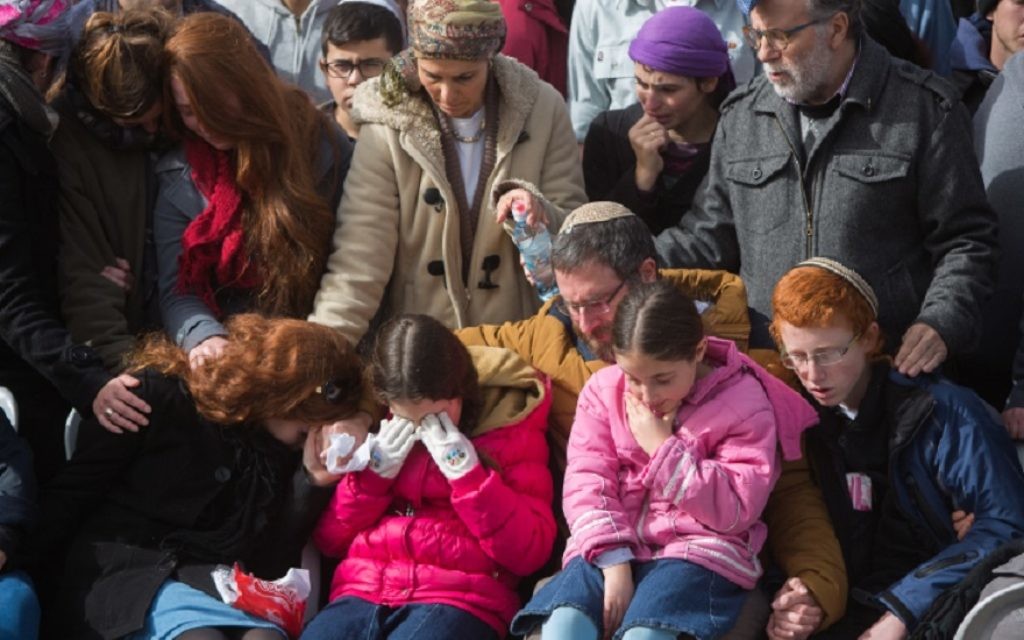 Jerusalem — A Palestinian teenager was convicted in the murder of Dafna Meir, a mother of six, in her West Bank home.

On Monday, the 16-year-old assailant was convicted of murder and illegal possession of a weapon in Judea military court, the Israel Defense Forces announced the following day.

He was arrested two days after the Jan. 17 murder in Otniel and confessed to the killing during an interrogation, the Shin Bet security service said at the time of his arrest. He was indicted in February.

Meir, 38, was stabbed to death at the entrance of her home while fighting off her attacker in what is believed to have been an attempt to save three of her children in the house. She was the mother of four children and a foster mother of two young children. Her 17-year-old daughter was able to give security officials a description of the assailant, who fled after he was unable to remove the knife from her body.

The teen watched Palestinian television broadcasts that incited against Israel and said Israel was “killing young Palestinians” before he allegedly committed the crime, the Shin Bet said.

The teen returned home after the murder and spent the evening with his family watching a movie, the indictment said.