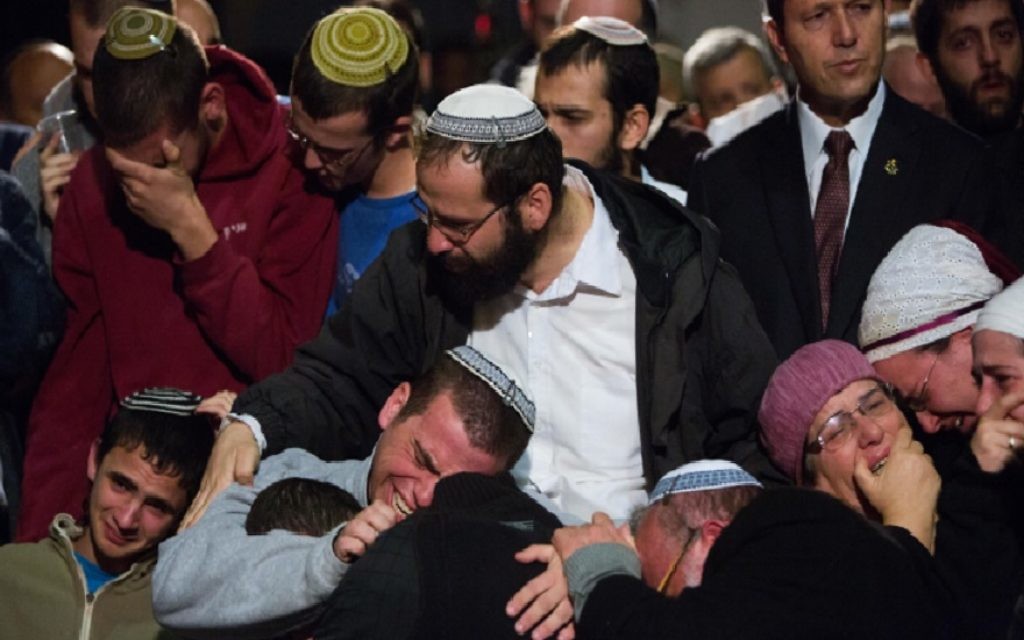 Jerusalem — A Hebron man was arrested in the West Bank shooting that left a father and his teenage son dead on the eve of his daughter’s wedding.

Mutawa, a father of two, implicated himself in the attack during questioning, the Shin Bet said in a statement. The Jerusalem Post, citing the Shin Bet, reported Mutawa was turned in by his father.

According to the Post, Mutawa told his brother that he had carried out the attack, and the brother told the father. Fearing that the family’s home would be demolished, the father informed Israeli soldiers at an army checkpoint.

Mutawa is accused in the Friday afternoon attack on a family car traveling near the West Bank settlement of Otniel, about 10 miles from Hebron. Seven family members were in the car traveling to the Shabbat pre-wedding celebrations.

The car and the weapon believed to have been used in the attack were seized by the Shin Bet.

“Whether in Paris or Hebron, Jerusalem or New York, we must fight a bitter and stubborn struggle against those who massacre innocent people, against those who murder in cold-blood,” Israeli President Reuven Rivlin said Saturday night in a eulogy at the funeral in Jerusalem where Yaakov and Netanel Litman were buried side by side.

“We are not afraid, we do not surrender and we do not retreat. Even when our blood, the blood of fathers and sons, is spilled, we remember that our roots are planted in the earth of this land.”

In his eulogy, Ashkenazic Chief Rabbi David Lau said: “How painful … in place of a wedding there is a funeral of a father and son! Where is the mercy on the bride? A wedding has turned to grief and sorrow.”

The wedding, which was scheduled for Tuesday, has been postponed. The couple said the postponement would not be long.

“We must move on … bring joy back to the family,” the daughter’s fiance, Ariel Beigle, told Walla.

Yaakov Litman was a teacher at the Merkaz Harav Yeshiva High School in Jerusalem, where eight students were killed in the yeshiva’s library by a Palestinian terrorist in 2008. Netanel Litman was an ambulance volunteer for Magen David Adom.