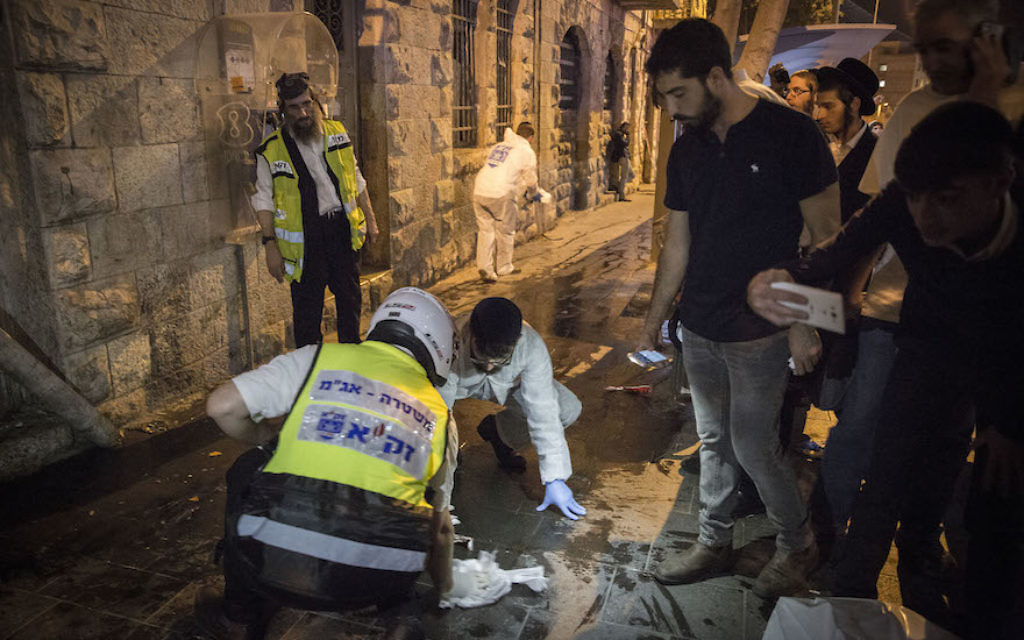 A Palestinian man stabbed a 70-year-old woman at Jerusalem’s Central Bus Station before being shot to death by police.

After attacking the woman on Jaffa Street on Wednesday, the assailant tried to board a bus outside the station, the Times of Israel reported.

The attacker — identified as Ahmed Shaaban, 23, from eastern Jerusalem — was released from prison this year after being jailed since 2012 for terrorist acts, Haaretz reported.

The victim sustained moderate to serious injuries to her upper body and was taken to Shaare Zedek Medical Center in Jerusalem, according to the Times of Israel, citing a doctor at the scene.

Also Wednesday, a 19-year-old Palestinian who attempted to stab Israeli civilians and police at the Damascus Gate Plaza in Jerusalem’s Old City neighborhood was shot and killed by police officers.