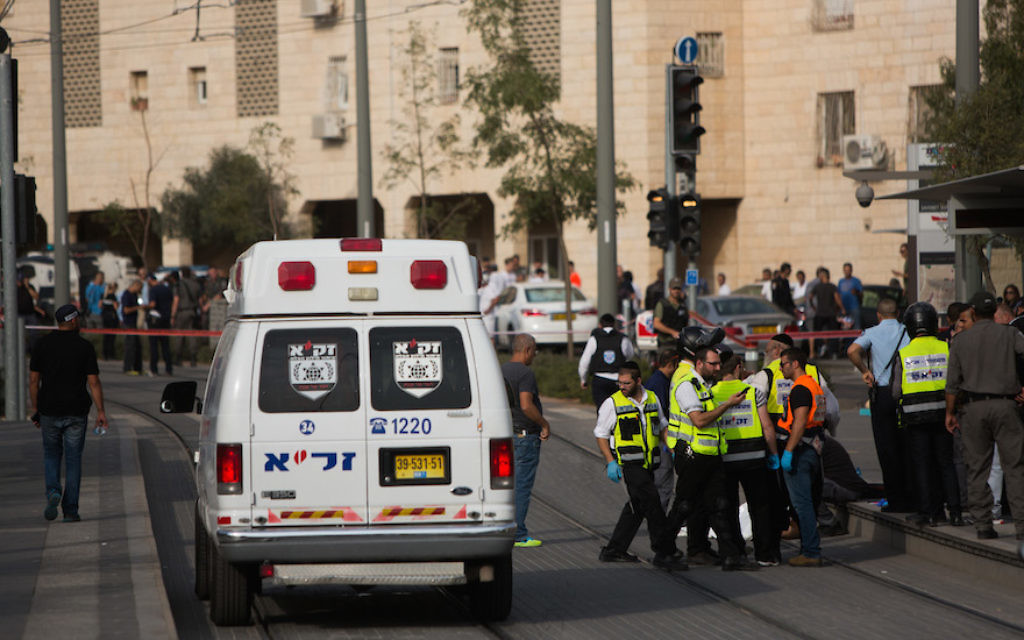 Jerusalem — A 13-year-old Palestinian boy wounded after stabbing an Israeli boy of the same age was arrested by Israeli police after being released from a Jerusalem hospital.

On Sunday night, Ahmed Mansra of eastern Jerusalem was handed over to a detention facility after a court ruled that he remain in custody for eight days, according to Haaretz.

He was seriously injured by a car as he attempted to flee from the scene of the stabbing of the Israeli boy, who was riding his bicycle in the Jerusalem neighborhood of Pisgat Zeev. Ahmed Mansra and his cousin, Hassan, 15, who was killed by security officials, are accused of perpetrating the attack and can be seen brandishing knives while chasing after the Israeli boy in a surveillance video. The Israeli boy is hospitalized in serious condition with multiple stab wounds.

On Wednesday, in a televised speech from Ramallah, Palestinian Authority President Mahmoud Abbas accused Israel of “executing” Ahmed. The next day, the Israeli government released a video of the teen eating in his hospital bed at Hadassah Medical Center in Ein Kerem.