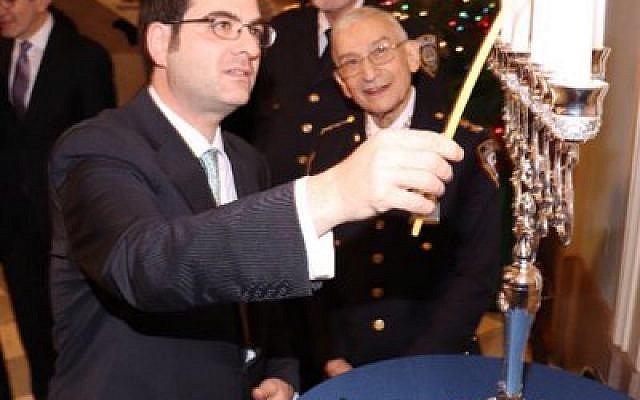 Kalman Yeger, the Brooklyn councilman representing the Orthodox Jewish community of Borough Park, may well lose his seat on the City Council’s immigration committee this week after tweeting that “Palestine does not exist.” (He also called Rep. Ilhan Omar an anti-Semite.) Though it won’t be finalized until next week after the committee holds a vote, the Council’s speaker said in a statement to the New York Times that he will be removed.

The case sheds light on how the geopolitical Middle East debate hits home in New York, and it raises questions about the efficacy of doubling down to make a point at the risk of inflaming an issue, creating a backlash.

First, a brief history: Given the long and complex history of Palestine, the origin of whose name is believed to go back thousands of years to the time after the Philistines fought David, it’s no wonder that the region has multiple identities. The Ottoman Empire controlled the region for four centuries, until 1918, when a secret deal between England and France resulted in dividing the Mideast into provinces, including Syria, Lebanon and what became Saudi Arabia. After World War I, “Palestine” referred to land under the British Mandate, including what is now Israel and Jordan. And prior to 1948, Jews, not Arabs, living in the mandate were called Palestinians. (The Jerusalem Post at the time was The Palestine Post.)

Palestine does not exist.
There, I said it again.
Also, Congresswoman Omar is an antisemite. Said that too.
Thanks for following me. https://t.co/apM565HoEV

Palestinian nationalism emerged in the 1960s under Yasir Arafat and the PLO, representing a challenge not only to Israel but also to Egypt, Jordan, Syria and Saudi Arabia.

Palestinians today do not have a de facto state that fully controls the land where they live. That said, given the reality of international politics, 137 nations today bilaterally recognize Palestine. And that political reality resulted in Mayor de Blasio and many others calling for Yeger to apologize for his statement, widely viewed as insulting to Palestinians. Yeger did not back down, insisting the issue was one of free speech and asserting: “There is not state by that name. There is no place by that name. That’s a fact. I didn’t make it up.”

The mayor, in response, ramped up his criticism, calling Yeger’s comments “destructive and divisive” while stating that “there has to be a Palestinian homeland.”

Yeger may have been playing to his Orthodox constituents, but consider the end result of his tweet: media headlines, Yeger being viewed as intolerant and further signs that default support for Israel in New York politics is no longer a given. Was it really worth it to point out that technically, Palestine is not a state?