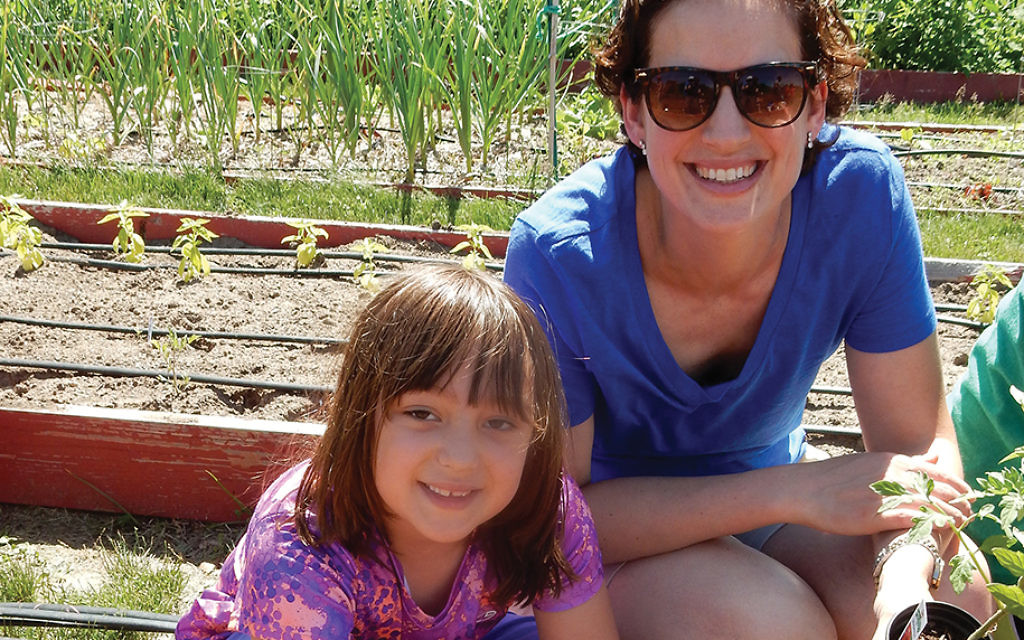 JWOW is looking to, well, wow the unattached Jews of Suffolk County.

No, not that JWoww, Snooki’s bosomy running mate on “The Jersey Shore.”

This JWOW, the splashily named volunteer grassroots group Jewish Without Walls, is at the leading edge of an outreach effort — both local and national — that is hoping to rejuvenate Jewish life in Suffolk.

The county has seen its share of woes Jewishly. Synagogue affiliation in the area continues to fall, and the intermarriage rate is the highest in the New York City area. Earlier this summer, the Conservative Commack Jewish Center, which once had a membership of 250, merged with the nearby Dix Hills Jewish Center. In a bid to stay alive, Smithtown’s Temple Beth Shalom sold its building two years ago to a church that allows it to continue using the building rent-free.

And the county’s only kosher butcher closed a year ago, citing declining sales, as did one of the two kosher Bagel Boss stores. All of which makes Suffolk a kind of experimental ground zero for outreach.

Into the breach has stepped JWOW, founded in 2011 by Beth Finger of Nesconset, L.I. In a few short years, it has increasingly become a major player in Suffolk, bringing together as many as 600 Jewish families, of whom nearly half do not belong to a synagogue and about 30 percent are interfaith families.

Rachel Katz and her family have taken notice. A few months after moving to the Island three years ago, Katz and her 3-year-old daughter Naomi were walking through the Smith Haven Mall in Lake Grove when they spotted some balloons and a Jewish star.

“I said, ‘We’re going this way, Naomi,’” she recalled. “I was excited to see a gathering of Jewish people. I didn’t expect it and everyone was so very happy and festive.”

It was a JWOW Chanukah event, one of the many the organization has planned in the past few years.

JWOW, along with the Suffolk Y JCC in Commack, the Eastern Long Island Jewish Alliance (ELIJA) and UJA-Federation of New York, are four organizations seeking to engage the 39 percent of Suffolk’s nearly 86,000 Jews who are intermarried and the 65 percent who are unaffiliated with a synagogue.

Its mission, which is similar to that of the Alliance, is to promote Jewish events in the county, whose Jewish population dipped by 4,000 between 2002 and 2011, according to UJA-Federation’s Jewish Communal Study of 2011.

And soon, a national outreach organization, Big Tent Judaism (formerly the Jewish Outreach Institute) will move into Suffolk after a successful run in northern Westchester.

Finger said the efforts of JWOW are more cultural than religious, an approach that seems to be in step with broader patterns of Jewish life revealed in the much-publicized 2013 Pew Research Center study.

“I don’t think prayer is the way most Jews connect to their Judaism,” Finger observed.

“The same methods we use to welcome interfaith families we use to welcome Jewish families, because they [also] often have little [Jewish] knowledge,” Finger said. “So we don’t use Hebrew in the title of any of our programs. And on Lag b’Omer when we had a fun family field day, we didn’t say it was for Lag b’Omer, because many people would not know how to pronounce it. So we simply said come for a family field day and picnic — and in little letters we wrote, ‘To celebrate Lag b’Omer.’”

At the event, Finger said, she spoke briefly about the holiday and noted that all of the arts and crafts activities were in keeping with the Lag b’Omer theme of bonfires and bows and arrows. About 20 families attended this year.

In advance of the High Holy Days this year, Finger said JWOW would be holding a Shababeque — a kosher barbecue — on Sept. 11 at a private home in Setauket. The event — which features backyard children’s games — attracted 60 young families last year, and Finger said that this year Cantor Judy Merrick would be on hand to lead participants in a sing-along of Shabbat and holiday songs.

She said she would also be posting on the group’s website (jewishwithoutwalls.org) a list of synagogues in Suffolk that offer free High Holiday services and/or programs, such as tot services and yizkor services.

The largest JWOW turnout is the one for its annual Chanukah event at the Smith Haven Mall; last year’s event attracted 500 people.

When it comes to Shabbat dinners, Finger said her invitations are for “a Friday night dinner — and we don’t write Shabbos, but rather Shabbat. Shabbos is too insider, and it has an Orthodox connotation. Plenty of Jews have that feeling — they don’t feel that Judaism is theirs; they feel on the outside.

“Part of that is that they are Jewishly illiterate. Even if they went to Hebrew school, it ended when they were 13 and they don’t feel a connection. … And when they go to synagogue, they feel like a fish out of water. … I don’t think prayer is the way most Jews connect to their Judaism.”

Katz said she and her husband, who is not Jewish, are raising their two children as Jews and have joined an area Reform synagogue, Temple Isaiah in Stony Brook.

“It’s nice to meet people in synagogue, but JWOW is more laid back,” said Katz, 41, who grew up in a Conservative synagogue and went to Hebrew school and a Jewish camp. “Both are nice opportunities to meet with Jewish people. JWOW has programs running continuously for younger children, and it is setting up playgroups for children who are not yet in school. Some events are in people’s homes; it’s a nice alternative to synagogue life.”

Sarah Pew, her husband and two children moved to Stony Brook three years ago from Lafayette, Ind. They both grew up in Texas. Sarah, 34, attended a Conservative Jewish day school.

She said she learned about JWOW from the website meetup.com, but that the timing of its events did not work for her son. So she said JWOW let her create her own tots program for children 5 and under.

“JWOW Tots has grown and there is now J Babies for 0- to 2-year-olds, and a weekly playgroup at someone’s house in Setauket,” she said. “My husband and I don’t belong to any synagogue but go to events at all of them. What JWOW gave us was the Jewish community; a good number of our Jewish friends we made through JWOW.”

She added, “I did Rosh HaShanah and Purim and a model seder with 10 to 15 families … . My kids are not old enough to make it through a real seder, so this seder was maybe 15 minutes long; there was lots of singing and the kids got to play. … JWOW offers a place to learn the cultural and spiritual side of Judaism without feeling overwhelmed.”

Finger said she learned many of her outreach ideas from Big Tent Judaism. Rabbi Kerry Olitsky, that group’s executive director, said JWOW is now “aligned with our work” and that he is working with “other institutions that are not there yet.”

Rabbi Olitsky said his group’s name change, from Jewish Outreach Institute, was made to “reflect our operating ideology.”

Initially founded in 1987 as a research institute to study the then new phenomenon of interfaith marriage, Big Tent Judaism now concentrates on engaging interfaith families.

“Our work has evolved considerably to include direct program services, professional and lay leadership training, and advocacy for an inclusive Jewish community.” The organization has professional affiliates in several parts of the country trained by the organization in best practices for outreach and retention.

Big Tent Judaism was hired last year to help support UJA-Federation of New York’s “broader goal of creating and promoting an inclusive Jewish community,” according to Rebecca Katz-White, a planning executive in UJA-Federation’s Commission on the Jewish People.

Two years ago those efforts began to focus on teaching a group of lay leaders and professionals in 25 Jewish institutions in northern Westchester ways to engage newcomers.

“We concentrated on community building and helping the institutions work internally,” she said. “We are looking for long-term institutional and community cultural change.”

Katz-White said both northern Westchester and Suffolk County — whose program begins next year — were chosen for this effort because of the high number of interfaith families. In Westchester, 28 percent of Jews are intermarried; in Suffolk, the rate is 39 percent, according to UJA-Federation’s Jewish Community Study of 2011.

She said UJA-Federation’s contract with Big Tent Judaism last year was for $70,000. This year, the organization will be paid $50,000 to train 15 to 20 Jewish communal professionals how to develop new programs that reach out to interfaith households and less-engaged Jews.

Finger said her group’s activities are concentrated in northwestern and central Suffolk, home to most of the county’s Jews. With a grant from UJA-Federation, a recent survey of JWOW members found that 58 percent live in the Smithtown-Port Jefferson-Stony Brook area.

The survey’s authors noted that one-third of JWOW members who responded to the survey consider themselves Conservative Jews, while 28 percent said Reform and another 22 percent said “Just Jewish.”

JWOW extended its reach into Queens in mid-August with what Finger described as a “successful” Shabbat-in-the-Park pilot program in Forest Hills featuring a Shabbat storyteller, crafts, grape juice and challah.

A recipe, that is, for Jewish outreach.

Families planning to attend are asked to register on JWOW’s website, jewishwithoutwalls.org.