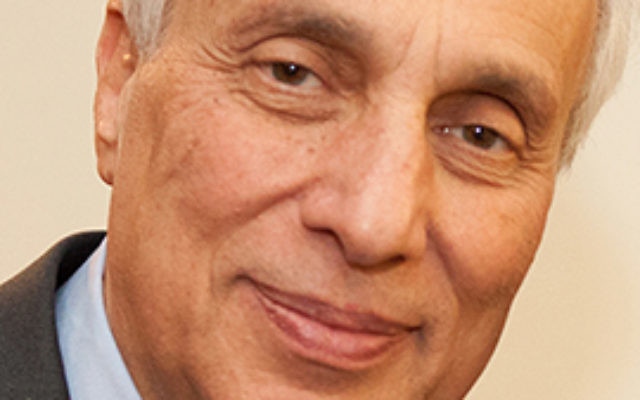 Jewish Week editor Gary Rosenblatt recently reported that the Orthodox Union (OU) has chosen a group of seven rabbis for the purpose of providing, according to the OU, “guidance regarding the ordination of women and related issues such as the broadest spectrum of professional roles within the shul that a woman can perform,” (“OU Grapples With Roles Of Women In Clergy,” Aug. 5).

First, while the issue of women in Orthodoxy makes for a critical conversation, the singling out of this issue raises questions as to the organization’s priorities. There were no such policy panels to address OU congregations who employ rabbis who are accused of sexual abuse, or who do not use the prenuptial agreement which protects women against recalcitrant spouses. There are also no guidelines that address OU shuls not taking Zionist positions by reciting a prayer for the Israeli Defense Forces and, for that matter, the U.S. Armed Forces. Why is there only a need to convene a commission to deal with women in spiritual leadership?

Second, the choice of rabbis serving on the panel is unfortunately unbalanced.  While they are learned and ba’alei chessed (men of good deeds), they do not support women’s prayer groups in their communities, nor have they demonstrated openness to women as synagogue spiritual leaders. The panel does not present the breadth of Modern Orthodox rabbis. It does not include outstanding Orthodox rabbis who are granting ordination, or heter hora’ah (the right to give halachic rulings), to women, such as Rabbis Shlomo Riskin, Herzl Hefter, Daniel Sperber and Jeff Fox. Nor does it include some of the most exceptional rabbis of OU shuls who have women with ordination on their spiritual leadership staff. And there are many other recognized talmidei chachamim [Torah scholars] who support women’s ordination and women’s involvement in synagogue spiritual leadership who were excluded.

Perhaps most disturbing is that a panel formed to make decisions on the role of women includes only men. There are so many women, pious and learned, who would be eminently qualified to participate.

Rabbi Norman Lamm, immediate past president of Yeshiva University, has acknowledged that the issue of women’s ordination is sociological, not halachic. So, why should a panel have authority to effectively dictate sociological public policy to hundreds of synagogues around the country? What do these rabbis, who are primarily based in Bergen County and Washington Heights, know about Orthodoxy outside of their communities?

In short, the OU, which has prided itself on being an open tent for Orthodoxy, is now showing itself to be narrow when it comes to decision-making about women’s roles. It has chosen to engage in a process that will only increase divisiveness within — and alienation from — the Orthodox community.

This dynamic in Orthodoxy has its roots in the Israeli Chief Rabbinate, which has been an alienating force not only to non-religious Israelis but to the Religious Zionist community as well, stifling and coercive. The Chief Rabbinate is widely viewed in Israel as being out of touch with the masses at a time when people want more of their voices heard.

That Rabbinate, whose modus operandi is to keep power in the hands of the few, has turned to the Rabbinical Council of America (RCA) and pressured it to do the same by centralizing its American conversion policy. Unfortunately, the RCA buckled to the Israeli Rabbinate’s demands and, in turn, centralized its power in the hands of the few as well. The results were all too predictable: stringent standards were adopted, the central courts were unable to understand context and specific circumstances and potential converts were passively and actively turned away. Beyond the converts themselves, local rabbis were undermined and disempowered; a message was — directly or indirectly — being sent that Modern Orthodox conversions done outside of the RCA were invalid.

This was an embracing of a charedi ethos — placing the value of conformity over diversity and of a distant rabbinic authority over the local community rabbi. When power is held by so few, checks and balances are difficult to put into place. If those holding power are corrupt, the whole system could collapse. This was the case with the RCA’s first head of its conversion commission who is now serving time in prison for placing cameras in a mikvah.

Significantly, as women in that community were in deep emotional and spiritual pain, it was the voices of Orthodox women spiritual leaders — voices such as Maharat Ruth Balinsky Friedman who was ordained by Yeshivat Maharat and serves at The National Synagogue — that were key to the healing process. These leaders could best understand the vulnerability and violation that these women felt.

And now, after the RCA has already issued three statements in the last several years opposing women’s ordination, the OU is moving towards a monolithic message by empowering a small, right-leaning panel of rabbis to make rulings for all of its synagogues, thereby undermining the autonomy of local communities and neutralizing the power of local rabbis.

In order to maintain relevance in the 21st century, Orthodoxy must reflect as wide a spectrum of halachic conversation as possible. We live in a time when people are looking for meaning, purpose and spirituality. Orthodoxy has much to offer. But an Orthodoxy that is increasingly fractured and constricted is not in our best interest. What is required is a bold, strong Modern Orthodoxy that allows for differing voices within the halachic conversation, and one that trusts the rabbis in the field who are in the best position to apply the halacha to the situations and conditions that are unique to their communities. We need an Orthodoxy that is broader, more open, not more narrow.

Avi Weiss is the rabbi-in-residence of the Hebrew Institute of Riverdale – the Bayit, and founder of Yeshivat Chovevei Torah and Yeshivat Maharat. He is also the co-founder of the International Rabbinic Fellowship (IRF).