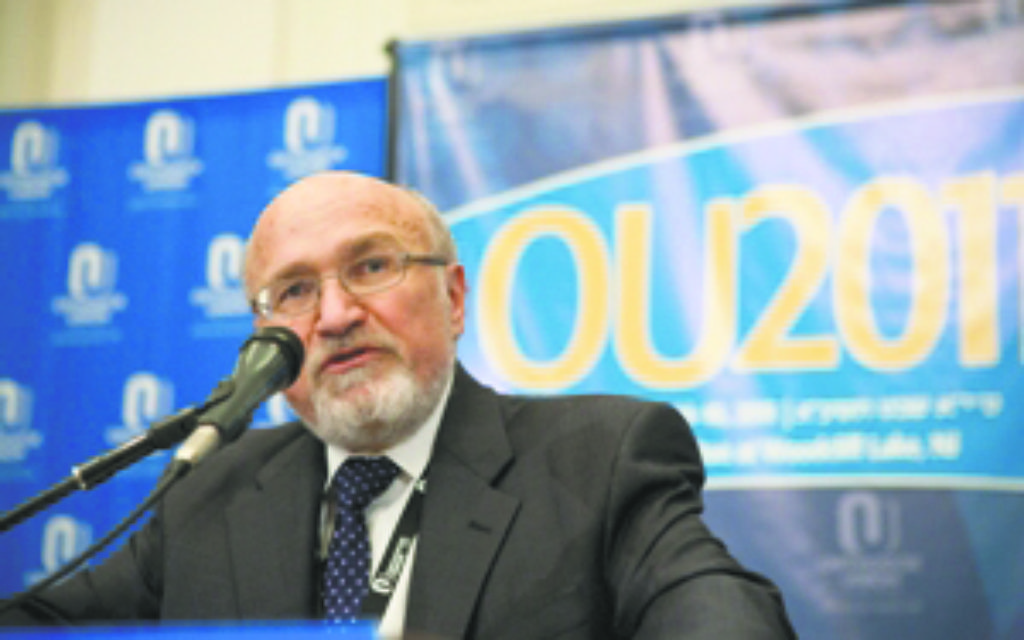 Who’s running the show at the Orthodox Union these days?

Several OU lay and professional staff members say there is “chaos” and a leadership vacuum at the Orthodox umbrella group that has prompted Harvey Blitz, a former president, to challenge the group’s current president, Simcha Katz, who is seeking another term.

The OU is a network of more than 800 North American synagogues and is best known for its leadership role among kosher certification labels.

No date has been set for the election, which was postponed last month. It is unusual for the group to have contested elections for its highest office.

Some officials of the group complain bitterly that Katz has an autocratic style, alienating some staff and lay leaders, and that though a lay leader himself, he is functioning as chief executive.

Katz declined to be interviewed.

Rabbi Steven Weil holds the top professional position of executive vice president but in the last year has served primarily as the public face of the organization, speaking on Shabbat about three dozen times a year as a scholar-in-residence at congregations around the country.

Rabbi Steven Burg, who got high marks for directing the National Conference of Synagogue Youth (NCSY), the OU’s youth arm, took over much of the administrative and personnel responsibilities of the parent organization as well, but was denied the top spot; he left earlier this month to head the New York office of the Los Angeles-based Simon Wiesenthal Center.

“There is chaos within our leadership,” a key staff member complained. “We are a multimillion-dollar organization with no chief professional at the helm.”

He cited as an example that the OU at first signed on to — and later withdrew its support for — a strong statement by its rabbinic group, the Rabbinical Council of America, endorsing the conviction last month of Satmar chasid Nechemya Weberman on child sexual abuse charges.

It seems Katz agreed to sign on to the RCA letter, but after Weil received criticism for it from segments of the Brooklyn ultra-Orthodox community, the letter was removed from the OU website.

One OU official said the problems at the organization are based on tensions between the lay and professional leadership, not unusual for nonprofits. Long known to be a lay-driven group, the OU is now essentially being run by Katz, a lay leader of the organization for more than 25 years who completes his second year as president this month.

Described by others as bright, committed and “an extreme micro-manager with a clear vision and demanding style,” he has made the yeshiva tuition crisis a priority for the organization, with a focus on seeking state aid for schools. He is said to have instituted a number of innovations prior to his becoming president, when he was chair of the OU kashrut division, which generates much of the organization’s budget and is believed to bring in more than $20 million a year.

There are complaints that the key lay leadership has been entrenched for decades, and lacks checks and balance procedures; the lay leadership, sources say, operates in less than professional ways, sometimes using funds to pay for travel of family members.

Harvey Blitz was elected president in the wake of the Rabbi Baruch Lanner sexual abuse scandal at NCSY, in 2001, and is credited with helping to restore the organization’s reputation.

He confirmed this week that he plans to seek the presidency again, but deferred discussing his reasons for now.

Steven Savitsky, who preceded Katz as president, supports a second term for him, while others are hoping that Blitz will win out and “clean house,” according to one frustrated staffer.