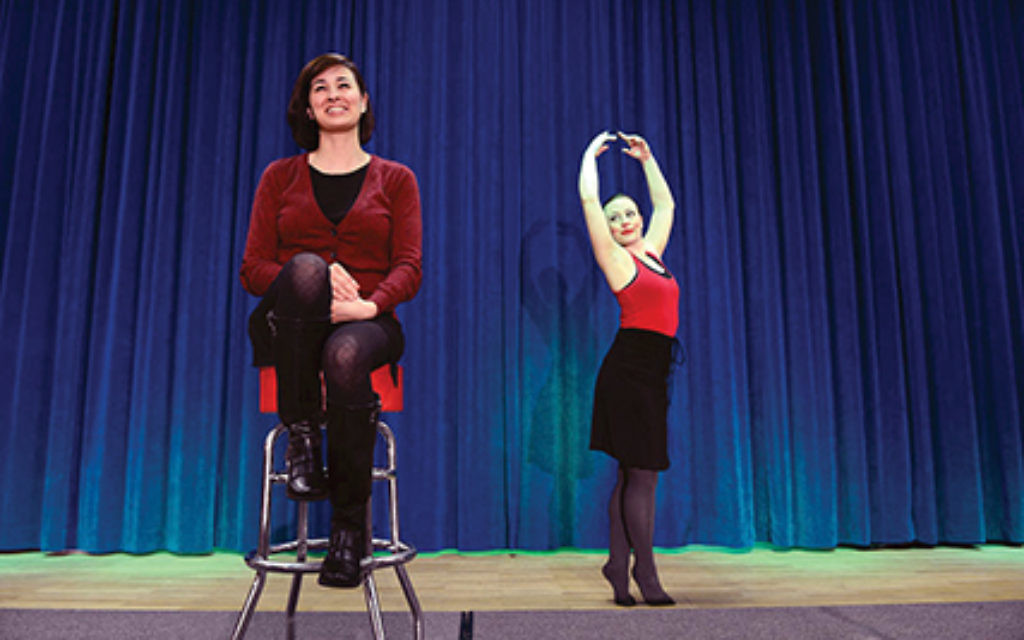 The May 9 gathering, believed to be the first ever event of its kind, was called “Monologues from the Makom” ¬— “makom,” literally meaning “place” in Hebrew, is the Talmudic term for vagina as well as a name used for God — and was inspired by Eve Ensler’s 1996 Off-Broadway sensation “The Vagina Monologues,” according to event-organizer Sara Rozner, 21, a senior at Stern College for Women.

“I went with a group of friends during my freshman year, and while I really enjoyed it, I got the sense that a lot of my peers at Stern wouldn’t go because it was too risqué,” said Rozner, describing her first encounter with the episodic play exploring the little-talked about parts of the female experience. “I wished then that I could create a space where people in my community would feel safe sharing about these topics.”

“I was terrified before this event,” said Rozner, who grew up Modern Orthodox in Rockland County. “The issue is not black and white. There’s something special to the Orthodox community’s value of keeping sexuality private and sacred. At the same time, other values, like mental health, need to be acknowledged.”

The event’s turnout exceeded all expectations, said Rozner. Within one day of posting the event on Facebook, six women had already volunteered to present their stories. The crowd was composed mainly of non-married Orthodox young women, most of them Stern students and alumni. Though Rozner initially thought she would have to “beg friends to be brave enough to present,” the evening boasted a lineup of 17 speakers, presenting on issues ranging from the pain of coming out as LGBT in the Orthodox community to comfort with masturbation to frustration about the lack of sex-education in all-female Orthodox high schools. One student shared a painting of her vagina. Snapping, light applause and laughter intermittently filled the room, filling up the space during “particularly intense moments,” described one participant.

Batya Weiss, 22, was not sure what to expect when she signed up for the event. But by the end of the evening, she was so swept up in the “crowd’s positive energy” that she decided to share a personal story about her first experience inserting a tampon.

While Weiss had also gone to see “The Vagina Monologues” a few years back, most of the stories shared “simply didn’t relate to my reality” — Weiss grew up “very Orthodox” in Philadelphia. “The way that the Orthodox community deals with these issues is so specific — it was empowering to be in a space where you could fully relate to everything being shared,” she said.

Weiss, who attended an all-girls high school, said “sexuality had been totally left out of the curriculum.”

Rozner, who also attended an all-girls Orthodox high school, was similarly frustrated at the dearth of dialogue about sexuality. Though her experience in high school was “positive overall,” as a teenager she started to “experience the lack” of a space to speak about sex, she said. Still, it took her several years to actualize her idea of creating one.

“There’s a real thirst for this kind of forum,” said Rozner, who intends to plan another gathering in the near future. By the end of the event, women were already asking her when they could sign up to speak at the next gathering, she said. “Being Orthodox doesn’t mean you can’t also be a sexual being — the two are not in conflict.”