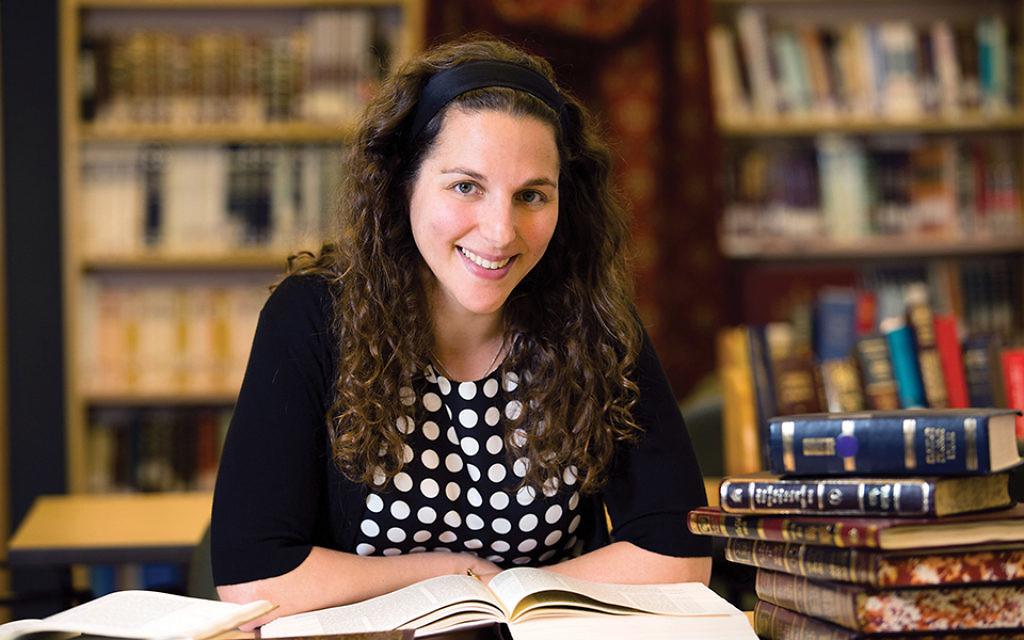 Is she a rabbi or not?

“The title that felt the most natural to me was one that already exists in the Orthodox tradition — that of rabbi,” she told The Jewish Week in an email. “I wanted to assume a title that would offer clarity regarding my training, role and skill-set.”

But it seems the synagogue itself isn’t so sure. According to Rabbi Menashe East, senior rabbi at the Morris County Orthodox congregation, congregants will be calling Rabbi Kagedan by her first name.

“Most important is for Lila to jump in and connect with the congregants and to find her voice and her niche in the community. … We don’t want her title to impede those relationships,” he wrote in an email to The Jewish Week. Rabbi East is a graduate of Yeshivat Chovevei Torah, the “open Orthodox” rabbinical school founded by Rabbi Avi Weiss.

Though he referred to Rabbi Kagedan as a “colleague” and “part of our spiritual team,” he would not concede that she would be called rabbi. Since the announcement of her appointment two weeks ago, Rabbi Kagedan has been hailed as the first Orthodox woman to adopt the title of rabbi at an Orthodox synagogue. Previous graduates of Yeshivat Maharat, which is Orthodox, have adopted varying titles, including “rabba,” a feminized version of rabbi, and “morateinu,” the Hebrew word for teacher. Until Rabbi Kagedan, no graduate has requested to be called rabbi.

“We did not think it was important to hire a title. We hired a person,” said Rabbi East.

Asked in a follow-up email to clarify what the new hire would be called, Rabbi East wrote, “Lila Kagedan’s title, which indicates her training and skill set, is rabbi. The shul has not yet worked out her specific job title.”

For her part, Rabbi Kagedan said in a phone interview Tuesday, “I think that what Rabbi East meant … is that of course the shul knows my title is ‘rabbi.’ However, the shul itself hasn’t decided together what the new position is going to be called. The shul has never had an assistant rabbi.”

Still, she confirmed that the role has been discussed as a “rabbinic and pastoral role.” She added that Rabbi East has been “extraordinarily supportive” of her title.

Whatever Rabbi Kagedan is called, of course, titles matter.

Many Orthodox Jews vehemently oppose the idea of women rabbis. In October, the main association of modern Orthodox rabbis, the Rabbinical Council of America, passed a resolution reaffirming its opposition and barring member rabbis from hiring women with clergy-like titles.

Though the Mount Freedom Jewish Center is not currently an Orthodox Union-affiliated synagogue — the largest network of Orthodox synagogues in the United States — Rabbi East wrote that he didn’t want to rule out the possibility his congregation might one day join the umbrella group.