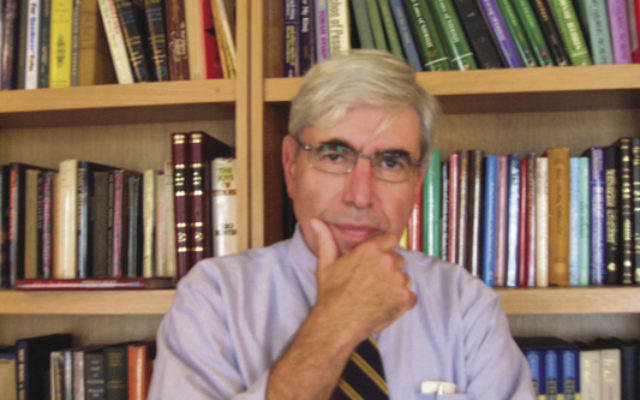 Looking around at my fellow worshipers at late Maariv services at the Carlebach Synagogue the other night, I pondered political affiliation. Who, mused I, are the Obama supporters, and who are in the Romney camp? When I nudged my pew-mate, a prominent West-Side M.D., and asked him, “65 percent Romney?” he sputtered, “Get real! We’re talking 90 percent, maybe 99 percent.  The 1 percent ‘Obama’ is you!”

What planet am I on?

It was not that long ago, it seems, that the West Side of Manhattan was of a piece with Jewish New York — indeed, with American Jews in general. There is no end to the polls and surveys that tell us that on the broad range of public-affairs issues — church-state separation, reproductive choice, civil liberties — American Jews have been, and yet are, solidly in the “liberal” camp. (The one counterintuitive exception is capital punishment.) But is “liberal” the right word?

As I have written before here, when it comes to public affairs, Jews are not “liberal” or “conservative”; we are Jewish. Issues are selected for action by the Jewish community, and are parsed by our Jewish body politic, in terms of how these issues affect Jewish security. This has always been the test for our involvement in public policy — including Israel.
So what happened to the Orthodox shuls on the West Side?

And thus it has been with all of the mainstream Orthodox congregations on the West Side, which in recent decades have been concerned with finances, shrinking demographics, physical-plant concerns, rabbinic and lay instability — and congregants who have moved sharply to the right on virtually every public-affairs issue.

The one notable exception to this pattern of political change is Darchei Noam, a congregation that, in its approach to the participation of women in the ritual activities of the shul, pushes the Orthodox envelope. Consistent with Darchei Noam’s progressive views on religious practices is the retention of a solid critical mass of Democratic adherence. Solid, yes, but embattled — even there.

How did this state of affairs come to be? Historically, Orthodoxy was viewed by the non-Orthodox as oppressive, pre-modern, obscurantist. Today, precisely those characteristics that decades ago were viewed as negatives are at the root of the appeal of Orthodoxy in America: Orthodoxy provides community; it is protective of its adherents; it provides certainty in an uncertain world. The sense of certitude and the lack of freedom, viewed as negatives in earlier years, are today considered positives and strengths, and they fuel the Orthodox surge. The old Modern Orthodox, those of us who viewed intellectual and societal inquiry and religious normative values as enhancing one another, are embattled. Orthodoxy has become increasingly isolationist.

The net effect? One way in which the new “Orthodox isolationism” plays out is in Modern Orthodox Jews taking a more parochial view of politics. Indeed, the Orthodox shift to the right, in terms of voting patterns, is not new; it has been going on for four decades.

Additionally, our Modern Orthodox world has never known hunger. We no longer relate to the institutions and movements — trade unionism, civil rights, a history of activism — that created a Jewish middle class in the United States. We are missing something important in our yeshivas and day schools — and in our synagogues.

And there is Israel. The 20 percent to 30 percent of American Jews (according to recent polling data) who care most about Israel in determining how they vote here are in large measure coming out of the Orthodox camp. To Jews who are Modern Orthodox, Israel is the center of existence. And in recent years, loyalty to Israel has been perceived as a Republican, not a Democratic, phenomenon. You vote for candidates — generally Republican — more closely aligned with the policies of the present government of Israel. Israel, as defined by political affiliation, plays into the increasingly conservative coloring of my Orthodox world, in which (in the words of an Orthodox leader who asked not to be identified), “One’s conservative views are tangible in the size of the hat — always black — that one wears.”

In the established Orthodox world of the West Side, the few remaining liberals have few places of refuge, especially in an era in which rhetorical demonization in rhetoric has replaced respectful discourse. Like Spinoza, we are in danger of being cast out of the synagogue.

Jerome Chanes, a frequent contributor, is the author of four books on Jewish public affairs. He is a fellow at the Center for Jewish Studies at the CUNY Graduate Center.