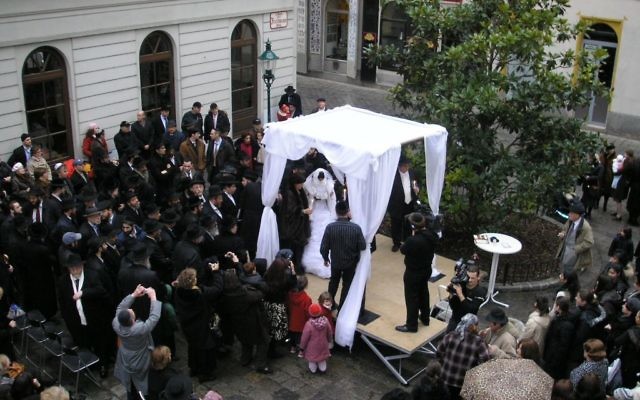 A couple gets married under a chuppah in Vienna. Wikimedia Commons/Gryffindor

The debate over intermarriage, always a heated one, has intensified in recent days. In the wake of the Rabbinical Assembly’s decision last December to expel a Philadelphia rabbi from the Conservative movement for performing an intermarriage, two high-profile rabbis here announced last week that they would begin to perform such ceremonies.

Rabbi Rolando Matalon of the popular liberal Upper West Side shul B’nai Jeshurun and the downtown Lab/Shul’s Rabbi Amichai Lau-Lavie will soon officiate at interfaith weddings, albeit with some strings attached for the couples, and both will resign from the Conservative movement’s rabbinical arm.

But an opinion piece last week in The Jewish Week penned by a graduate of Yeshivat Chovevei Torah (YCT), which describes itself as a Modern Orthodox seminary (though often referred to as Open Orthodox) in Riverdale, advocating a more open-minded approach toward interfaith couples, was perhaps a bridge too far. 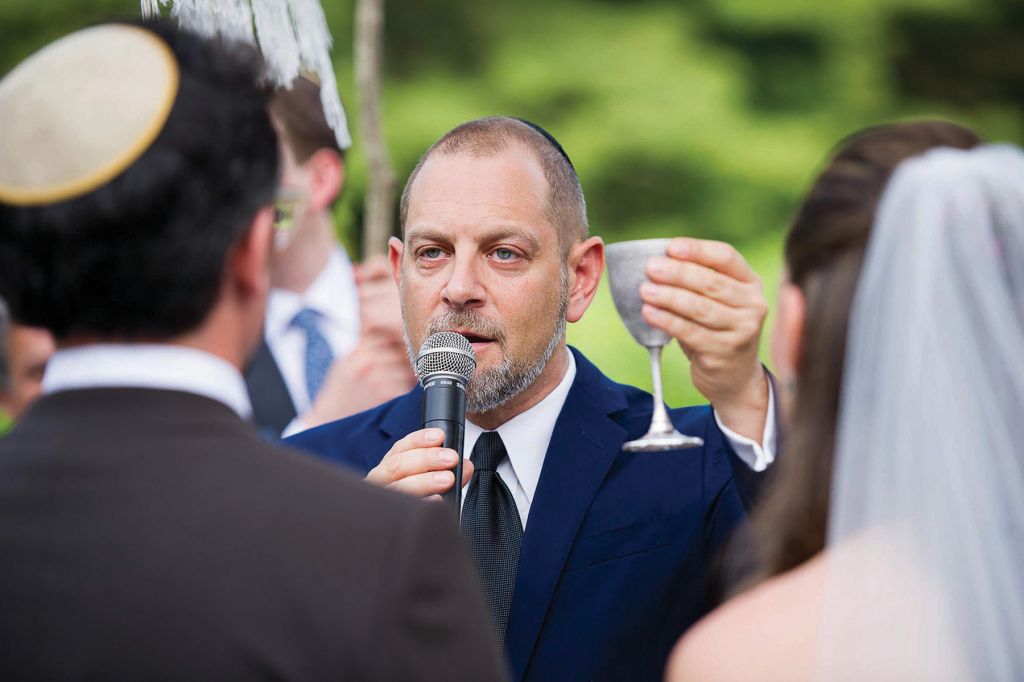 The pushback came swiftly. In a statement released last week, YCT reiterated its stance against intermarriage.

“Needless to say, we strictly forbid any of our rabbis to perform intermarriages,” the statement read. “We do, however, advocate working very hard to convert anyone who sincerely wants to join the Jewish people.” The statement also noted the need for “deep and careful thought” about how to embrace those already married to non-Jews while simultaneously discouraging intermarriage.

The statement was released just after Rabbi Avram Mlotek, director of Base DWTN, a Jewish center for students and young professionals in downtown Manhattan, suggested his new approach.

“I’m arguing for a shift in culture, not halacha.” – Rabbi Mlotek

In the article, headlined “Time To Rethink Our Resistance To Intermarriage,” Rabbi Mlotek called into question the “slippery slope” argument against intermarriage, expressed by rabbis and experts alike, who fear intermarriage is the first step on a couple’s way out of Judaism. Instead, he advocated a warm welcome to partners from different faiths — the shaming tactics that have long played a role in discouraging marrying out need not persist, he wrote. “In order for the Jewish people to be a light unto the nation, it’s time we revisit our tribalistic approach towards intermarriage … instead, welcome the ‘other’ into the Jewish family,” he wrote. 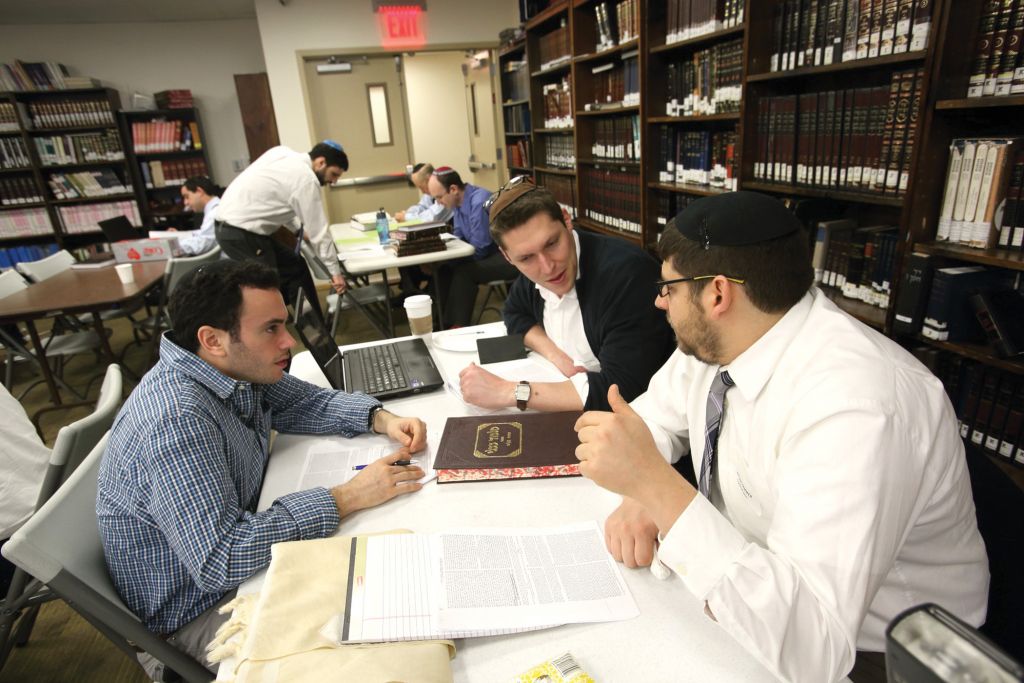 The scene at a YCT study hall. The seminary pushed back after a graduate penned a Jewish Week opinion piece decrying a “tribalistic approach to intermarriages.”

This is not the first time Yeshivat Chovevei Torah has found itself embroiled in controversy because of the actions of its alumni. Last summer, 11 YCT alumni wrote a letter to The Jewish Week expressing their concerns about a stance the seminary had taken on partnership minyanim and the place of the yeshiva within the Modern Orthodox community. They wrote that they were saddened by “a growing divide tearing apart our Orthodox community” and called on all parties “to listen, respect, and understand one another and to attempt as much as possible to engage in dialogue rather than division.”Rabbi Mlotek told The Jewish Week he stands by his article. “I’m arguing for a shift in culture, not halacha [Jewish law],” he said. “That can be a dissonant challenge but it’s one I still hold by.” He said that, while he will not officiate at marriages between Jews and non-Jews, he would attend and encourage the couples to incorporate Jewish traditions.

About the current dustup over Rabbi Mlotek’s article, YCT alum Rabbi Ben Elton, senior rabbi at the Great Synagogue in Sydney, Australia, a signatory of the 2016 letter, told The Jewish Week: “The YCT statement on intermarriage strikes exactly the right balance between inclusion and upholding halachic norms, and working for Jewish continuity.”

The administration of YCT, when contacted, referred The Jewish Week back to its statement on performing intermarriages.”