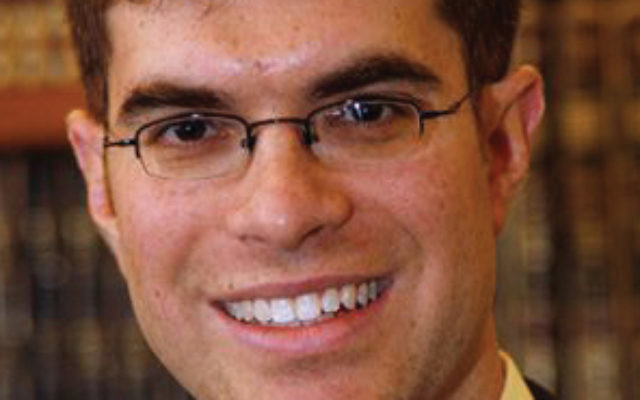 In 2007, NYU’s Imam Khalid Latif and I co-led a service trip to Louisiana for 30 campus student leaders, 15 Jewish and 15 Muslim. It was one of the first such missions in the U.S. Our theory in bringing people together whose views ranged from pro-Hezbollah to pro-settlement was that the best place to begin building  a relationship is one of shared values, community service and understanding of each other’s religion.

The worst place to start? Israel.

Why? Because if you really want to understand a constituency with whom you disagree, the worst people to start with are those who put their disagreement front and center.

That’s why I find the dispute between the Open Hillel movement and Hillel International to be, on the whole, disappointing. [The Open Hillel group at Swarthmore College rejects the Hillel guidelines for campus Israel activities, which disallow partnerships with groups considered hostile toward Israel.]

But where Open Hillel has it wrong IS in concluding that the best partners for this endeavor are the ones whose agenda is fundamentally confrontational, not collaborative. To push the boundary on dialogue strategically, the rule of thumb is first to consider the range of groups — or as of yet unorganized constituencies — one can engage, and then to extend a hand to the ones with whom the conversation would be most productive. Why settle for an abrasive partner working against, not for, common interests?

It is difficult to blame Open Hillel students for simply outreaching to the loudest candidates and doing so in the least savvy ways. The organized Jewish community on the whole has not met the challenge of creating models of meaningful engagement with Muslims in general and Palestinians in particular. Major Jewish organizations still recoil from inviting American Muslim leaders who have sufficient followings  in their own communities to actually make a difference, to speak or engage in public forums. They worry they will be providing a terrorist with a platform.

And yet, Jews and Muslims are coming together on a grassroots level through retreats, home hospitality, face-to-face encounters, shared learning of sacred texts, and joint community service. These spaces build social capital instead of eroding it, as the anti-Zionist BDS movement does. If only our community provided a higher platform to initiatives such as Weekend of Twinning, Seeds of Peace, Tanenbaum Center for Interreligious Understanding, and Encounter, among others; Open Hillel students could use the exposure to help them distinguish more easily between healthy and unhealthy partnerships.

Now, unlike its recent past under Rabbi Andy Bachman (one of my predecessors and mentors at NYU), The Bronfman Center for Jewish Student Life at NYU would not co-sponsor an event with BDS groups because they diminish social capital rather than grow it; because they work against the normalization of relations between Israelis and Palestinians, Jews and Muslims; because they seek to deepen the rift instead of bridge it.

The irony of the recent pro-BDS vote by the American Studies Association (ASA) is a case in point. Acting as if it is truer to the Palestinian cause than the president of the Palestinian Authority — who does not call for the boycott of Israeli academic institutions — the ASA has cut off dialogue with the segment of Israeli society most likely to be sympathetic to Palestinian claims. Why adopt a partner who takes two steps backward and no steps forward?

It is not that we at The Bronfman Center  “shield” students from debate about Israel. Our students, in fact, have heard from Breaking the Silence and Avraham Burg, the leftist former speaker of the Knesset,] whose presence at some Hillels sparked controversy. More importantly, they have interacted with diplomats from all around the Arab world, including Turkey and Egypt (while still under ex-President Mohammed Morsi’s rule). We straightforwardly believe that co-sponsorship should only occur with groups who seek to develop constructive, collaborative relationships — and who have the authority to do so.

To be sure, this kind of outreach needs to be balanced by firm footing on Israel. We are unabashedly proud of the idea of Jewish collectivity along with the rights and responsibility it implies. The Bronfman Center sends hundreds of students to Israel, and one of its Israel clubs, TorchPac, last year won an AIPAC award for student activism. Steadfastness and clarity in one’s own position does not inhibit one from engaging in dialogue; to the contrary, one can only meaningfully engage with others when one knows where to stand.

I’ve witnessed this principle in practice every time I visit NYU’s campus in Abu Dhabi. I wear the same identifiably Jewish clothing I do in New York City: kipa and tzitzit in the open. This positioning has enabled me to clearly communicate with representatives of Arab foundations, as well as WITH civic and religious leaders. There need not be a contradiction between being deeply rooted while simultaneously open to others.

Now, Imam Latif and I co-teach a courts at NYU’s Wagner School for Public Service called “Multifaith Leadership in the 21st Century.” We invite activists, government officials, and religious leaders to talk about their bridge-building efforts, challenges and successes.

The discourse on this issue is too superficial. Hillel International and the organized Jewish community, while right for insisting on standards for partnership, have been too slow in providing models of bridge-building consistent with being a Jewish communal institution in a public space. The Open Hillel students have the right spirit, and need to bring that spirit of openness to the established Jewish community. But they have the wrong partners.

With the right models, they can identify the right partners, build social capital and change the world.