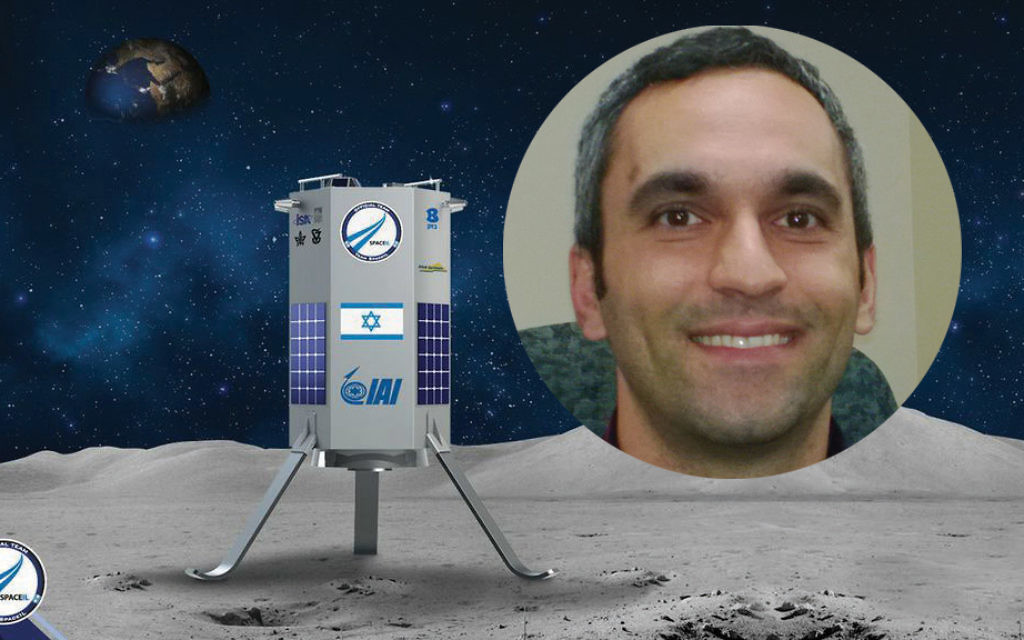 Why are a group of Israelis spending $36 million on a bid to win a $30 million prize from Google? There’s more at stake than cash and bragging rights, says Daniel Saat, director of business development for SpaceIL, which hopes to land an Israeli spacecraft on the moon by the end of next year to win Google’s Lunar XPrize. The nonprofit, heavily supported by Israeli universities and foundations, is also hoping for an “Apollo effect,” encouraging more students to pursue scientific careers, as did America’s lunar landings. Saat, 31, a Rochester native and NYU alum now living in Israel, spoke to The Jewish Week about aiming for the stars.

A: We want Israel to join a very exclusive club of superpower nations that have accomplished a soft landing on the moon, which is a complex engineering task. The surface of the moon is not particularly important in terms of mineral extraction or understanding the universe, but space exploration certainly is. For a tiny budget of $36 million, we want to show the world we can explore outer space and accomplish various missions.

Is the spacecraft built?

We have a prototype and in 2014 we will begin full-scale production. It is about the size of a dishwasher, about 300 pounds, 80 percent of which is the propulsion system.

Where will the launch take place?

We are looking for a site in the U.S. or Russia. A Cape Canaveral-type launch site would cost $150 million for us to build. We are negotiating [with private companies] to carry a secondary payload because we will have some extra capacity left. So there are three parts: the launch, orbiting the earth to deploy the [commercial] payload and then firing up our propulsion system for the trip to the moon.

How long is the mission? Will it last as long as the NASA Mars rover?

We are taking a completely different approach. The contest requires moving 500 meters across the surface and sending back high-definition images. For every pound of rover, I need four pounds of propulsion to get it there. So our approach is to use the same propulsion system to land once, then hop across the surface to take the images and land again. It will take about eight weeks from launch to landing, and I expect the spacecraft will then last between four and 10 days. After that it will join all the other space junk that has been left there.

Isn’t this a big, expensive effort for $30 million?

There are several ancillary prizes. For example, if we land near the Apollo site there is another [$4 million]. But our mission is to inspire the next generation and that’s why we are funded by philanthropists, donors and foundations, everything from 18 shekels via our web site to $2.5 million from businessman Morris Kahn. Israel has a STEM (science technology engineering, math) crisis, despite our status as the startup nation.

The crisis is that people in those fields are leaving.

Yes, but also the army reports lacking 12,000 engineers per year and the biggest tech companies report a lack of talent. Part of our inspiration is that kids saw Buzz Aldrin and Neil Armstrong and wanted to be astronauts. … We want to recreate the same thing.

Didn’t Ilan Ramon do that?

People [on the project] were very inspired by Ilan Ramon [the first Israeli astronaut] and were kids when he died. His widow, Rona Ramon, is a close partner and we are working very closely with the Ilan Ramon foundation. He was an amazing ambassador and source of inspiration in Israel.

Is the government involved?

The rules say that only 10 percent of your funding can come from government sources. We have raised about $20 million so far including the government support. We are now trying to raise the rest here in America. Our mission has far outgrown the Lunar XPrize. It has become a sort of dessert, if you will. But that doesn’t mean we aren’t going to win.