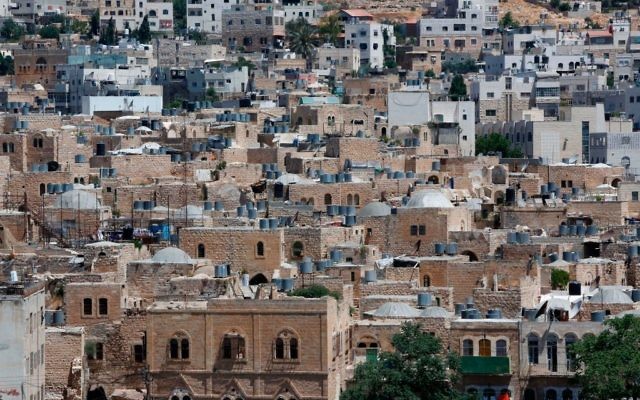 ‘How in the world did you end up there?”

So asked an Israeli friend recently when he learned that the previous day I’d wandered the Arab markets of Hebron, as well as the unfinished streets of the Al-Amari Palestinian refugee camp in Ramallah. Israelis normally give these sorts of places wide berth. My friend was puzzled, if not worried.

My answer: An extraordinary guide, one Rami Nazzal, wily smart and charming, a son of the esteemed Palestinian Nazzal clan. Fair, candid, astute — a man in whose hands you can put your life, which I did, together with a friend and colleague, Rabbi Lee Bycel.

The long, hot July day spent in the belly of Palestinian life in the West Bank was devastating. Yet I’ll return, and before long. The impression left, on eyes and heart alike, won’t allow otherwise.

Part witness, part voyeur, part naïf — that’s what we were — delving, if briefly and superficially, into Palestinian lives on the rough and overwhelmingly ignored margin of civilized society. 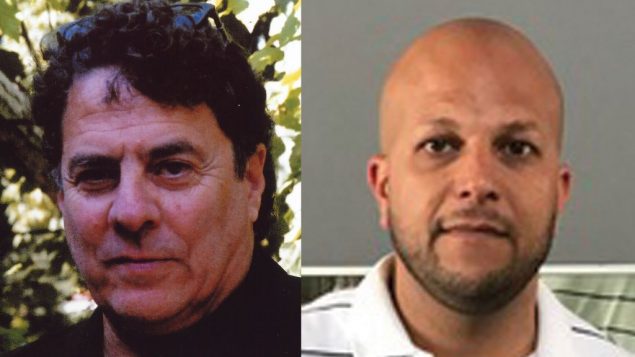 The author, left, and his Palestinian guide, Rami Nazzal. Courtesy of John Moscowitz

Despite the presence of shiny spots in Ramallah, particularly, and some more or less commercially viable blocks in other Palestinian cities, much of the West Bank feels like the lawless Wild West meets Africa’s worst semblance of daily life.

Part witness, part voyeur, part naïf — that’s what we were — delving, if briefly and superficially, into Palestinian lives on the rough and overwhelmingly ignored margin of civilized society.

The chaos is most apparent in the areas controlled by the Palestinian Authority alone. The streets are a tinderbox, the men are depressed and jobless, and the women hold on as best they can. The whole place feels ready to blow. The well-dressed of Ramallah, to say nothing of Israelis, stay far away.

And that’s before you get to the refugee camps, of which there are 19 (18 in the West Bank, one in east Jerusalem), totaling some 800,000 Palestinians. My up-close impressions are limited to the Al-Amari camp. I gather, though, what we saw that there, we’d witness in other refugee camps.

It’s lawlessness on steroids, even accounting for the semi-watch the IDF maintains from a well-defended spying outpost on the camp’s edge. The local version of a mafia don runs things, including which stolen cars (an Al-Amari cottage industry, along with smuggling and inter-clan fighting) get burned and which spared.

Few men in these camps have anything resembling work, the electricity comes and mostly goes and the children run loose with nowhere but the meanest of unpaved streets to roam. Most anyone over 12 or so stares out from eyes of the permanently depressed. There’s no real economy and not much life.

The gap between those who hurt hopelessly (them) and those who don’t (us) couldn’t be more evident. It’s an in-your-face kind of evident, and what you see does bad things to your heart.

I was asked if it felt dangerous. I suppose so, but two things kept danger at bay. One was Rami’s street smarts, which, combined with several hundred years of his Nazzal clan bonafides, quickly turned potential foes into friends. 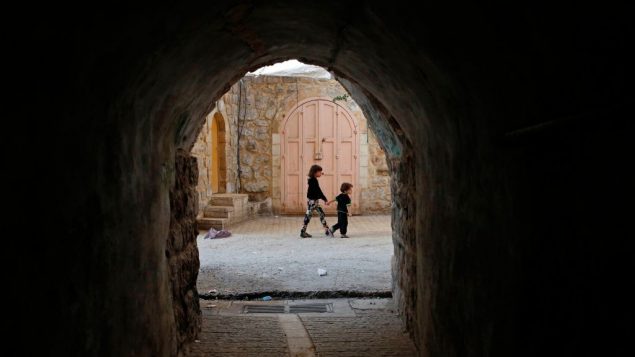 The other was that, as you walk the congested Hebron market alleyways, and as you sip warm Coca-Cola in cramped Palestinian homes (literally underneath the Israeli settler encampments, affording watch from above), you know that none of this is about your own momentary fears. It’s about the relentlessly awful conditions of the Palestinian population — alone.

Blame? It’s complicated, and I’m a freshman here, maybe a sophomore, but it appears spread even if, arguably, unequally, among the Palestinian leadership, which invests in the status quo; the various Israeli governments (same); and the United Nations, a gruesomely ironic misnomer here, as elsewhere. It’s been like this for nearly seven decades so far.

Hope? Perhaps others have some, but I find it hard to summon anything like that. Except, hope that I might be wrong.

What about my (largely) centrist views on Israelis and Palestinians — have they changed? Hard to say. But, in a place deeply entangled with your own identity, when you witness what you’ve not before, and it’s just about unbearable, you get shaken up inside. And then, invariably, something shifts.

Perhaps that’s why — not so much in Ramallah or in Bethlehem, but while in Hebron, and no less in the Al- Amari camp—I couldn’t help but think of Milton’s “Eyeless in Gaza.” The poem recalls the biblical Samson, hauled down to Gaza by the Philistines, his eyes burned out, and put to work as a slave.

Maybe it’s the history, maybe the hatred, maybe even the July heat. Regardless, I can’t quite separate those days from these. The visceral animosity that once took down Samson crashes and burns now; it leaves you haunted by what you wish you hadn’t seen.

All you can do then is wonder, yet again: How will it all end? If it will.

For the moment, then, I’m more witness and voyeur, less naive than before. Even still, I suspect I’ll return to the West Bank before long.

How can I not? If for no other reason, in search of the hope I lost there earlier this month.

John Moscowitz, author of “Evolution of an Unorthodox Rabbi” (Dundurn, 2015), is writing a memoir about his radical days in the early 1970s. He is rabbi emeritus of Holy Blossom Temple in Toronto.