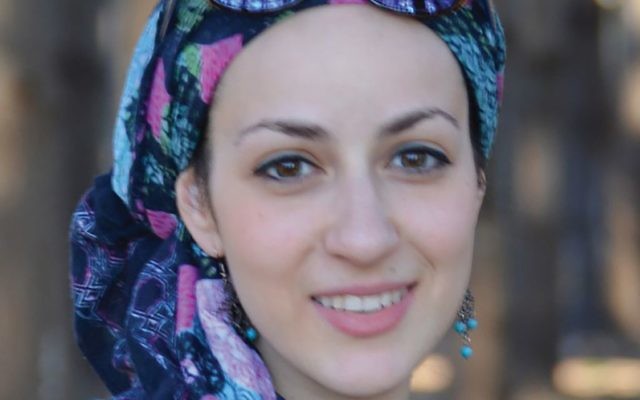 Before my first visit to the Western Wall I was told to wear an old button-up shirt. It was my second day in the Holy Land, and I, along with more than 100 students from the American study-abroad program at a Jerusalem women’s college, boarded a bus bound for Jerusalem’s Old City.

The old shirt was for tearing kriah, the traditional mourning practice of rending a garment. Kriah is done at the funeral of a close relative for whom one would sit shiva; it reflects the deepest sorrow wrought by the loss of a loved one. But, as I learned then, kriah is also torn upon seeing the site of the destroyed temple (the Temple Mount, or the Western Wall) for the first time in 30 days. While we tear our outermost garment, we say Baruch Dayan Ha’Emet, Blessed is the True Judge — the same words we say upon hearing of a death. In our hearts, the loss of God’s home on earth and of the prime unity of the Jewish people is a tragedy akin to the loss of a life.

I never could have anticipated the grief that would grip me as I first laid eyes on the Western Wall. Since I was a child I had prayed the daily prayers which beseech God to rebuild the Temple, I had learned about Israel and sung songs about its crown jewel, Jerusalem. I had put on plays about the proverbial Western Wall and made tissue paper collages of it; the Wall took on the shimmering quality of a legend. As I finally walked towards it, my friend walked beside me and clasped my hand. When it came into view, we tore a four-inch gash into the collars of our shirts, and began to sob.

Two young Israeli girls came up to us and asked, in deep concern, “Mishehu met?” Did someone die? We shook our heads and explained through our tears, in the best Hebrew we could muster, that it was our first time at the Kotel. The girls clucked their tongues in amazement at these righteous, puffy-eyed Americans, and I remember wondering how they could not be in tears at this holy site.

I soon learned, after frequent trips to the Kotel, that with enough acquaintance a site once majestically dreamlike can become as familiar as home itself. Within weeks my senses became accustomed to the sights and sounds of the Wall and the Old City. There were the shops: the hole-in-the-wall sandwich shop that served American-style bagels; the silversmith’s workshop of jewelry of pure hammered silver. And there were the characters: the stooped women in shawls jangling charity boxes towards passersby; the woman with the white robes and leonine mane of hair who walked the cobblestoned courtyards proclaiming the Messiah had arrived — and that it was she. And the most viscerally powerful feeling of all: leaning on the porous, sun-bleached limestone of the Kotel, against hundreds of folded prayer notes caulking its natural crevices like heavenly mortar.

I loved the Kotel but no longer felt the gasping, emotional flood that characterized my first visit. After years of living thousands of miles away from the holy city, I can feel neither the initial fervor I had experienced for the Kotel nor the cherished familiarity I had eventually developed for it. I’ve been away for too long.

On Tisha b’Av, which we mark at the end of the month, though we don’t tear kriah, we engage our minds and bodies in other acts of real grief. We sit on the floor and read the grievous, impassioned kinnot, or elegiac poems, in the hope that we will kindle a small flame of sorrow in our hearts for what we have lost. I read in the name of the S’fas Emes, a 19th-century chasidic rabbi, that if we can’t mourn for the destruction of the Temple, we should mourn for the dismal reality that we cannot mourn. You see, we’ve been away for too long.

Elisheva Blumberg is a writer living in Edison, N.J.