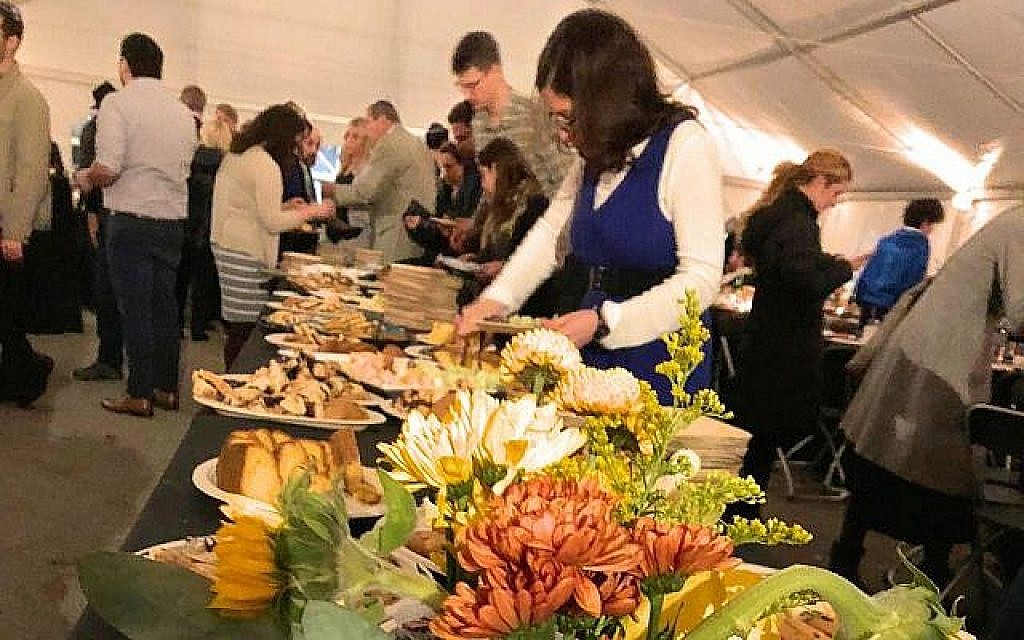 The Stronger Together Shabbat in Pittsburg, November 2, 2018. Sara Fatell/ One Table Via Times Of Israel

PITTSBURGH — On Friday night, over 300 Pittsburgh residents sat down together under a wide tent for a first Shabbat dinner following the mass synagogue shooting in which 11 of its community were murdered for being Jews.

As a way of moving forward together following the October 27 anti-Semitic hate crime, a diverse crowd of Jews and non-Jews participated in the “Stronger Together Shabbat.” In attendance were people of a mix of ages, political convictions and occupations, ranging from millennial Jewish college students to local politicians, including Allegheny County Executive Rich Fitzgerald and Mayor of Pittsburgh Bill Peduto.

In town since Friday to grieve with the Pittsburgh community were head of the Jewish Agency for Israel Isaac Herzog, who pressed hands and hugged his way through the crowd, and Israeli consul to New York, the former settler leader Dani Dayan, who came with his daughter Ofir.

The communal meal took place in a massive tent erected in a municipal parking lot in the heart of the urban shtetl of Squirrel Hill. It was co-sponsored by a diverse Jewish communal coalition, including the ADL and OneTable, along with iVolunteer Shabbat, Friendship Circle, Jewish Federation of Greater Pittsburgh, Shalom Pittsburgh, Repair the World, and Moishe House. 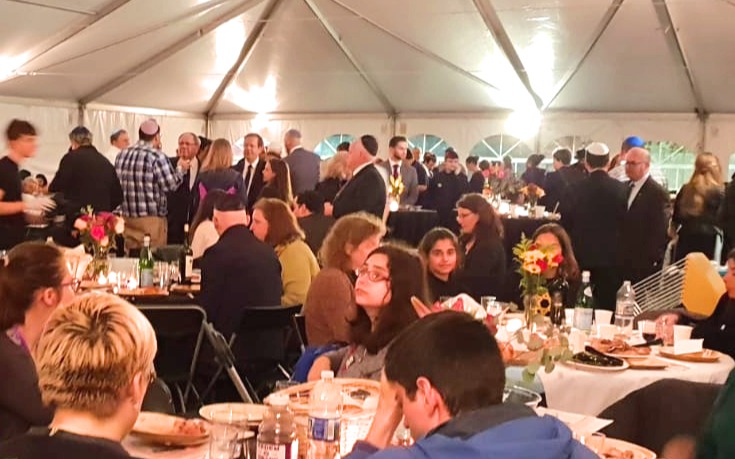 Guests at the Stronger Together Shabbat in Pittsburg, November 2, 2018. Via Times of Israel

Other similar initiatives were held in Jewish communities and at private homes throughout the country, said Freed. In Pittsburgh, however, where the pain was even more personal, some of those seated in the tent had buried friends, and even relatives that week.

This meal served as a much-needed island in time — away from the tragedy. As people sat and supped, the atmosphere was light, and hopeful.

For some seated around the tables, it was their first time celebrating the Jewish Sabbath. For many of the Jews, it was a novel chance to see how other Jewish denominations have reinvented its traditions. Chabad Rabbi Mordy Rudolph sang the Shabbat song, “Shalom Aleichem” and invoked the kiddush, the blessing over the wine, while secular Jewish organization OneTable’s Sara Fatell spoke about the significance of Shabbat candles.

Herzog, the grandson of Israel’s first chief rabbis, was drafted at the meal’s conclusion to preside over the final blessing. 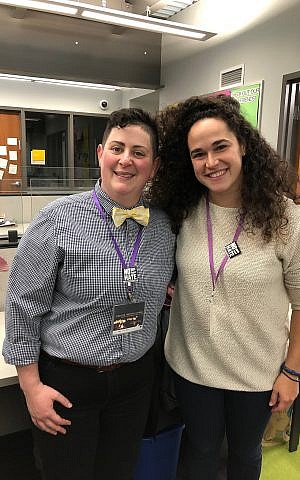 After the tragic desecration of last week’s Shabbat prayers, “the goal was to provide space for folks to come together to reclaim the holiday,” said Fatell.

“We tried to make sure the meal was representative of all ways of practicing. with the different diverse folks from the different organizations,” she said.

The idea, organizers told The Times of Israel, was to give a safe space for solidarity and healing.

Michaele Freed, the Anti-Defamation League’s associate director of national youth leadership, said the ADL “wanted to make sure to provide space for people to gather and process in the face of hate and tragedy.”

Speaking with The Times of Israel, the Jewish Federation of Greater Pittsburgh’s volunteer center manager David Chudnow shared how originally, when he had reserved the date for a youth volunteer Shabbat dinner, he had hoped of maybe reaching 30, tops 50, participants. His program, I-Volunteer, is a collaboration with the Chabad-accented Friendship Circle, a center which builds inclusive communities for young adults between the ages of 18 and 45.

After the shooting, however, his pre-scheduled Shabbat dinner at the Friendship Circle building quickly became a chance for communal growth as the Anti-Defamation League decided it too wanted to initiate a collaborative dinner. 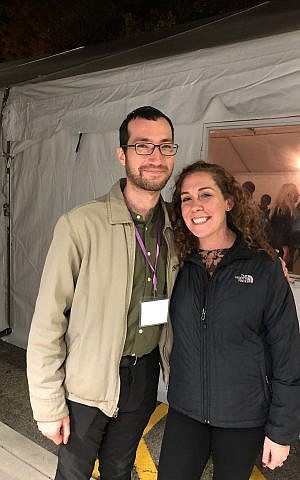 Repair the World’s Sam Sittenfield and Danielle Gach at the Stronger Together Shabbat in Pittsburg, November 2, 2018. Amanda Borschel-Dan/Times of Israel

The ADL enlisted OneTable, an organization which promotes the idea of a Shabbat dinner as a space for more secular Jewish engagement. Chudnow’s event proved to be the perfect anchor as the loose coalition expanded to include LGBTQ group Keshet, racial inclusiveness activist group Be’Chol Lashon, Shalom Pittsburgh, Moishe House and Repair the World.

Danielle Gach, the development manager from Repair the World, said her organization strives to make communal service “a defining element of Jewish life.” The group aims to be “hyper-local” and develop deep relationships within the community. For Gach, the meal did just that.

On Friday night under the tent, initially there was a lot of conversation between people who may be neighbors, but were strangers. Now, having broken challah together, they are potentially even friends.