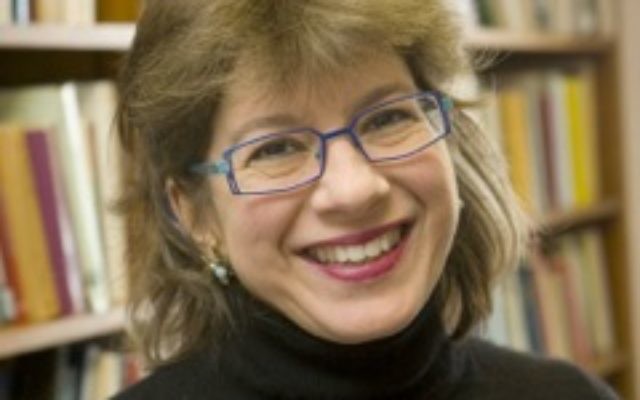 Editor’s Note: An article in the New York Post, “Bubba’s Kosher Sex” (Oct. 11), reported on one of an estimated 10,000 documents released last week by the Clinton presidential library in Little Rock, Ark. It was a memo written by a senior Hillary Clinton aide in January 1999, at the height of the Monica Lewinsky scandal, seeking to use Jewish law to defuse calls for President Clinton to be impeached. The memo referred to an oped piece in The Jewish Week at the time written by Susannah Heschel, a professor of Jewish studies at Dartmouth, noting that King David in the Bible is condemned for committing adultery with Batsheva “but was never thrown off the throne of Israel” and is still “exalted” in Jewish history.

Following is Heschel’s response to the recent report.

Let me be clear: I have never, ever attempted in any way to justify adultery or President Clinton’s misbehavior. It was wrong, period.

When the news broke about President Clinton’s affair in 1998, I was struck that among the very first voices condemning him came from two Jewish leaders, Senator Joe Lieberman and Professor Ismar Schorsch, both of whom adhere to rabbinic law. I was disturbed because according to rabbinic law, adultery consists of a married man engaging in sexual intercourse with a married woman; if the woman is not married, it is not considered adultery (and if a married woman has sexual relations with a man, it doesn’t matter if he is married or not — it is forbidden). Naturally, Jews today believe adultery is wrong, whether or not the woman is married. What concerned me was that their attacks on President Clinton pointed to a conflict in our use of rabbinic law.

For years, many of us have been deeply upset about certain aspects of rabbinic law concerning women and marital relations, especially that women are not allowed to divorce a husband. He has to divorce her. The result has been a halachic quagmire of agunot, women who are chained to husbands who refuse to grant them a divorce.

If we find the rabbinic definition of adultery problematic and even reject it, why do we not also reject rabbinic laws on other matters that seem unjust or incompatible with our contemporary values, such as divorce laws? And if we are unwilling to change those divorce laws, then why would we not adhere to the laws regarding adultery? If some Jews are embarrassed that rabbinic law does not prohibit the kind of relationship President Clinton engaged in, then why are we not embarrassed by the existence of so many agunot?

There is no question that President Clinton did something inexcusable. I was struck that certain members of Congress, while never condoning the President’s behavior, nonetheless treated him as a friend who had done something terribly wrong. The question for me was this: how should we behave when someone we respect does something wrong? Do we mock and condemn him, humiliate him further, as certain comedians, such as Jay Leno, did on a regular basis? What does such public humiliation say about our character?

Moments such this are tests of our integrity. However badly someone else behaves, we must not join in the condemnations and humiliations, but seek to assist the person in repentance, reparation, and rebuilding his or her life. That, in fact, is the Jewish way to behave.

During the many long months of political outrage over President Clinton in the fall and winter of 1998, al-Qaeda attacked the SS Cole, and the attention of our government should have been focused on the looming and growing threat of terrorism. Just three years later came the horrific attacks on this country. How foolish that we chose to focus on a sexual misbehavior instead of concentrating on preventing the terrible loss of life that resulted from al-Qaeda’s attacks.

Finally, what does it say about our society that we dredge up the President Clinton’s behavior just days after he and his family celebrated the birth of his granddaughter? Why are we still pursuing the nasty politics of character assassination in this country?

Susannah Heschel is Eli Black Professor of Jewish Studies in the Department of Religion at Dartmouth College.