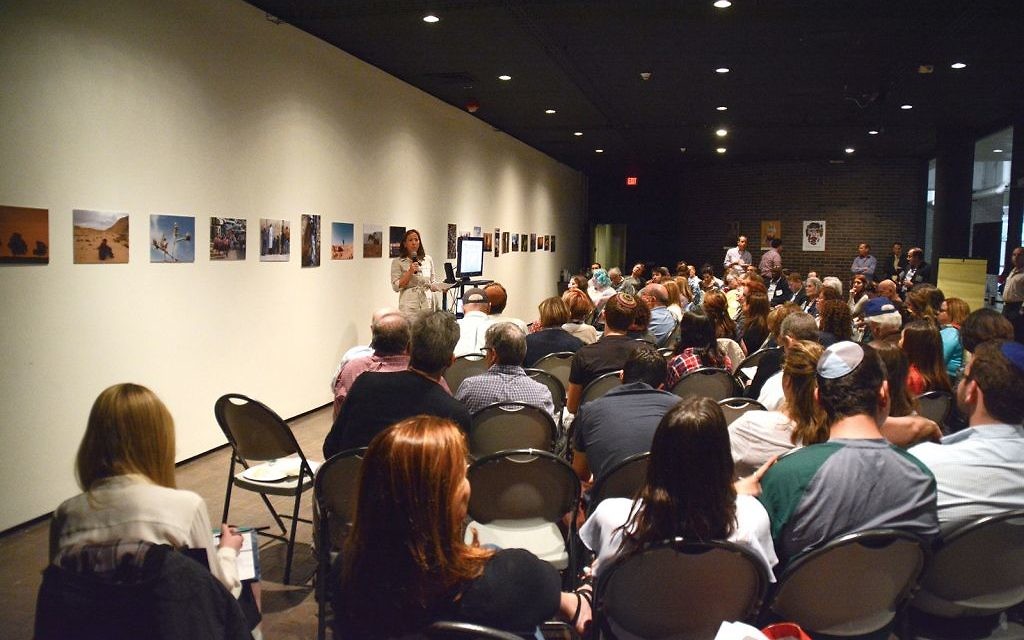 Consider this scenario: As a college student, you’re sitting in a history class where the professor shows a map of the Middle East — and Israel isn’t on it. Or you’re in a dorm lounge when another student insists that Israel is a colonialist, apartheid state that’s brutalizing the Palestinians.

These aren’t theoretical exercises, but some of the situations that students often confront when they go away to college. The BDS (Boycott, Divestment and Sanctions) movement is a presence on many campuses; often, liberal campus organizations take up the cause, sometimes even promoting agendas to delegitimize or marginalize Jewish student groups. Although there may not be significant numbers of anti-Israel activists, their message is easily amplified by social media.

A recent event at SUNY Purchase was designed to help Jewish students, and their parents, deal with these difficult moments.

“Whether a student is confronted by ‘in your face’ anti-Semitism, a professor who distorts facts, a fellow student in casual conversation in the cafeteria, or is confused as to how to maintain their Jewish identity in the face of anti-Israel sentiment, this program will equip and empower students and parents with facts, knowledge and strategies to respond intelligently and with confidence,” said Jeff Kapelus, the event’s co-chair and a member of the Westchester Advisory Committee of the ADL and a board member of the Westchester Jewish Council.

The event was supported by the UJA-Federation of New York and represented collaboration among the Westchester Jewish Council, AJC Westchester-Fairfield, the Anti-Defamation League, Hillels of Westchester, Jerusalem U (a nonprofit that aims to connect young Jews to Israel and their Jewish heritage through film), the Jewish National Fund, Rosenthal JCC and the pro-Israel group StandWithUS.

Following an Israeli dinner of falafel in pita and salad, the audience of about 90 people, mostly adults with a smattering of high school and college students, listened to and participated in a variety of presentations and workshops.

“This is a serious issue,” Kapelus said. “What’s going on, on campus today, is one of the biggest challenges facing the Jewish community. I’m a concerned parent. I have two high school students going to college and I’m worried. It’s important to know what’s going on and have an idea of how to refute claims from the other side.”

Some of the complex concepts that were discussed in an interactive session included untangling anti-Israel comments from anti-Semitic ones. One participant said that there is “plenty to disagree with Israel about without being anti-Semitic.”

Still, as Rachel Klein, executive director of Hillels in Westchester said, “The sky isn’t falling. In 2015 there were decreases in anti-Israel incidents and increases in pro-Israel actions on campus.”

She told the audience, “I want you to use tonight as a beginning, to provide information about Israel as a player on college campus and to leave thinking about ‘Why does Israel matter?’ You need to know your facts.”

Klein acknowledged that the power dynamic between students and professors often made students feel they had no recourse to challenge a false claim about Israel.

“You are not powerless,” said Klein. “Every campus has a chain of command and the university has a vested interest in addressing your concerns. There are faculty allies out there waiting for students to come to them. Know your resources, like ADL, AJC, StandWithUs. JNF has campus fellows who are working with students on how to understand Israel and work with other students on campus.”

College will challenge students with new ideas that will compel them to rethink their own identity, said Yoav Cohen, the Westchester shaliach, or emissary, from Israel. “Parents and others are there to help students grow, act and direct their passions to the right pathways so that they can make a difference,” he said. “The only thing they should not be doing is staying silent.”