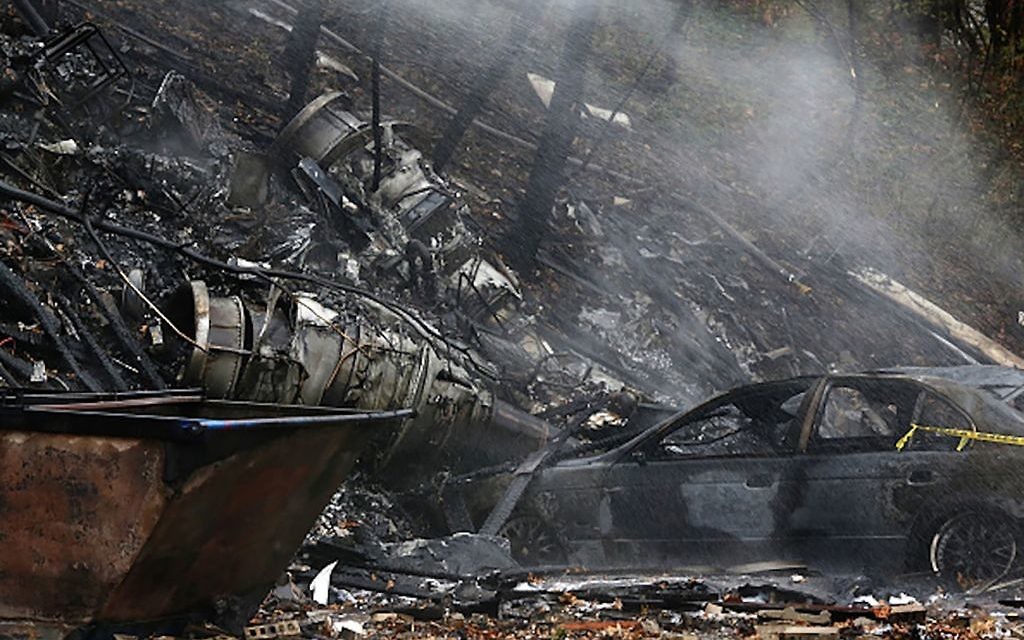 Eight of the nine people killed in an Ohio plane crash have been identified, seven from a Jewish family company in South Florida.

The passengers were employees of PEBB Enterprises, a real estate firm in Boca Raton. No one survived the Tuesday evening crash of the chartered plane in Akron.

PEBB is a family business founded by the late Paul Wiener. Its name is taken from the first letters of the names of Weiner, his wife, Eleanor, and their two children, Barbara and Bruce, the Palm Beach Post reported. Among those identified as being killed in the crash is Jared Wiener, son of Bruce.

Also killed were Diane Smoot, Thomas Virgin, Gary Shapiro, Ori Rom, Diana Suriel and Nick Weaver. Rom is Jared Wiener’s brother-in-law. Andres Chavez has been identified as one of the pilots of the plane.

Rabbis at two Boca Raton synagogues toldWPTV that victims of the crash were members of their congregations.

The jet was operated by Execuflight, based at Fort Lauderdale Executive Airport, and owned by Augusto Daniel Lewkowicz.

PEBB replaced its website’s home page with a message: “Our hearts are broken this morning with the news of the tragic accident that took the lives of two principals and five employees of Pebb Enterprises. We are shocked and deeply saddened for the families, colleagues and friends of those who perished. Our first priority is to give our fullest support to the family members and loved ones of our co-workers.”

The plane, which made no distress signals, crashed into a residential apartment building, destroying several apartments. No one was in the apartments at the time of the crash.