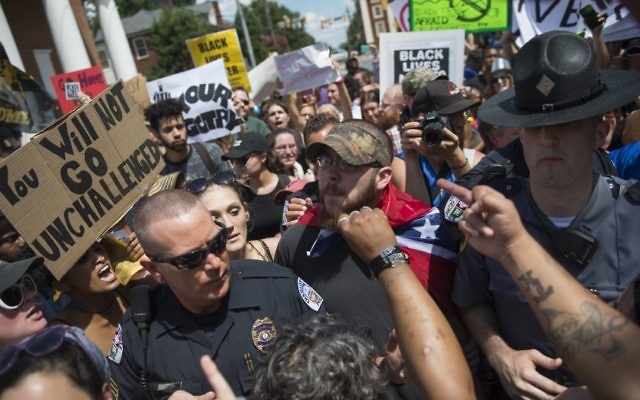 JTA – The director of the Jewish Community Relations Council of Dayton called on the Jewish public to avoid a KKK rally set for Saturday in the Ohio city.

Rabbi Ari Ballaban said in a statement issued earlier this week that a counter rally scheduled to take place right next to the Honorable Sacred Knights, an Indiana-based white supremacist group, would just give the group the confrontation it is seeking.

Ballaban called on the Jewish community to either stay home or attend the “positive alternative programming” sponsored by the local NAACP chapter and a coalition of some 40 city groups. Titled “An Afternoon of Love, Unity, Peace and Diversity,” the program is being held about a mile from the KKK rally in downtown Courthouse Square.

About 20 members of the KKK group are expected to march on Saturday. They reportedly will be permitted to carry legal sidearm weapons but not rifles, bats or shields, Newsweek reported. About 1,000 protesters are also expected.

The city approved the rally in February after the application to use the public space was filled out correctly and submitted.

Whaley in her comments also said that “Judaism values the preservation of life above almost anything else.”