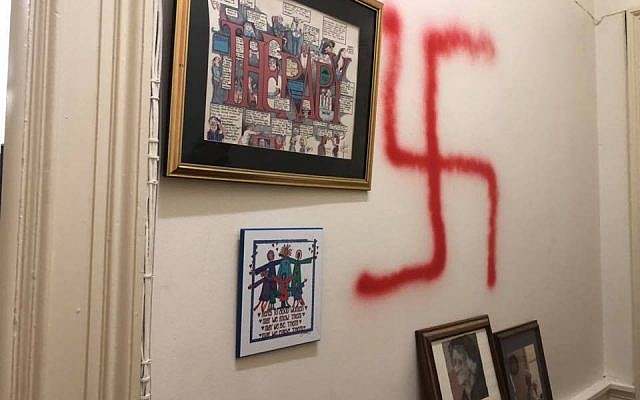 A swastika was scrawled on a Jewish professor's office at Teacher's College, Columbia University in November 2018. Courtesy

The office of a Jewish professor at Columbia University was spray painted with anti-Semitic graffiti.

The vandalism was discovered on Wednesday afternoon. The New York Police Department is investigating the incident, the Columbia Spectator student newspaper reported about two hours after the graffiti was discovered. All Teachers College academic buildings require an ID for entrance, according to the Spectator. 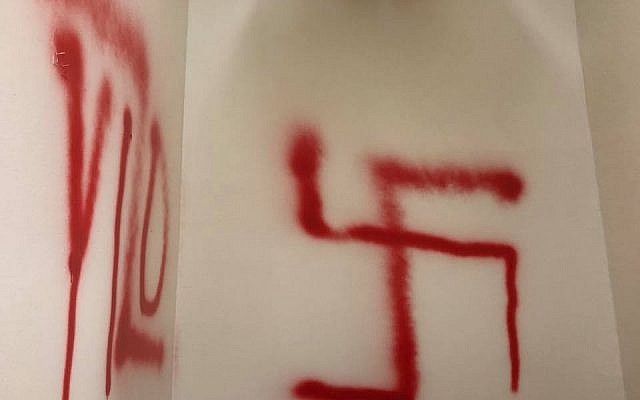 “I was in shock,” Midlarsky, who is 77 and says she is in poor health, told the newspaper. “I stopped for a moment, because I couldn’t believe what I was seeing.”

“We unequivocally condemn any expression of hatred, which has no place in our society. We are outraged and horrified by this act of aggression and use of this vile anti-Semitic symbol against a valued member of our community,” Teachers College President Thomas Bailey said in a statement.

In 2007, Midlarsky was the victim of anti-Semitic vandalism at the university, when a swastika was spray painted on her office door and anti-Semitic fliers were left in her mailbox.