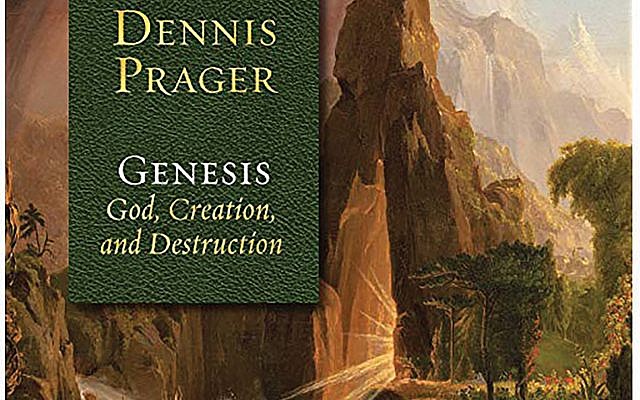 In his take on Genesis, Dennis Prager argues against the modern liberal notion that Judaism is a “this world only” religion.

The Book of Genesis may be the best known but most perplexing book in the Bible. We, early on, find ourselves in an antediluvian anarchy without sexual boundaries; men, women, fallen angels and beasts mating without regard to gender, species or marriage. After the flood, Babel’s attempt at world unity is a disaster necessitating Divine intervention. Genesis is Judaism’s primal story, our family album, yet secrets and sadness are pervasive. A newlywed husband wakes up beside a woman he doesn’t think is his wife. Every family in Genesis is riddled with deception. Abraham doesn’t make an appearance until the 11th chapter, and doesn’t speak until the 12th, and then the first time he’s quoted has nothing to do with God or theology (as one might expect from a Bible) but he realizes that his wife is so beautiful that men would murder him just to take her for their own.

We’re introduced to four generations of dysfunction and life-threatening feuds – and those are among the good guys. People who want to convert into this family are murdered. Even God — God! — is subject to argument and defiance.

Dennis Prager in his new verse-by-verse commentary on Genesis (the second volume — Exodus was the first — of Prager’s Torah series edited by Joseph Telushkin, published by Regnery Faith) is convinced that all this is evidence that Genesis is Divinely inspired; no other religion or people but the Jews would dare offer such a stained and shameless introduction to itself.

Genesis is hardly a biblical pastoral or bedtime reading, though once in America it was exactly that, and America was the better for it, writes Prager. Somehow it is comforting. We love so many of these characters, even if seeing “how troubled the human condition is. The rest of the Bible, especially the next four books, provides solutions [offering] the wisdom and moral instruction necessary to cure the patient.” Readers, even children, are not discouraged; Genesis, after all, promises a happy ending, in this world and the next. 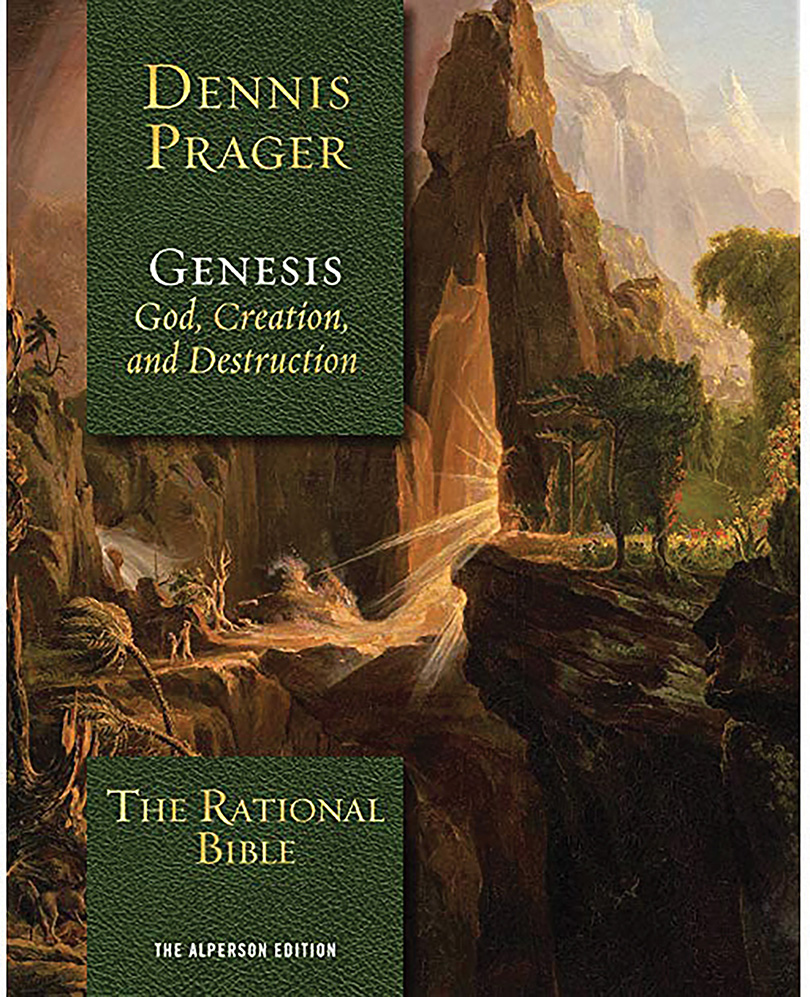 Prager utilizes the New JPS translation (1985) as his base text, but occasionally throws up his hands at how to explain certain Hebrew words that have forever stumped translators and commentators. For example, “Nephilim,” the “fallen” angel-human hybrid at the epicenter of pre-flood corruption, has for centuries been translated as “giants” or “titans,” words that were never quite right. Translators and commentators have begun to just call them Nephilim; a name, not an explanation. Like most Jewish commentators, Prager punts: “We do not know what the Torah has in mind with this opaque verse.”

He does point to Nephilim reappearing in Numbers, where Nephilim terrified the self-referential “grasshopper” spies in Canaan; and David killing Goliath (the giant descended from Nephilim).

But, as Luca Brasi of “The Godfather” would say, if the flood left everyone “sleeping with the fishes,” how and why did the immoral Nephilim survive? In fact, there are other Jewish texts and legends that dig deeper than this commentary does.

Another mysterious word from Genesis that has eluded just about every translation since the Greek Septuagint, 2,000 years ago, is “taninim,” the “sea monsters” created on the fifth day of Creation.

Prager cites Orthodox Jewish physicist Gerald Schroeder, a member of the United States Atomic Energy Commission, who points out that a better translation than sea monsters is “great reptiles.” Had the Greek Septuagint been more attuned to the Hebrew, writes Schroeder, they would have translated “taninim” into the Greek words “dino” (great, or terrible) “saurus” (reptiles), and then we’d have dinosaurs in the Creation story.

Prager proves (to the extent one can) that the phrase “gathered to his kin,” regarding the deaths of Isaac, Ishmael, Jacob, Aaron and Moses, “strongly suggests … an afterlife.”

Prager’s main argument for an afterlife is, “Since there is so much unjust suffering in this world, if God is just, there must be a place and time where ultimate justice prevails, where the good are rewarded and the evil punished.”

The modern liberal notion that Judaism is a “this world only” religion, while the dead live on through their good deeds and in our memories is, writes Prager, intellectually and spiritually unsatisfying. What, in the Holocaust, of babies killed before they could do “good deeds,” or those who were murdered along with everyone who might remember knew them? Would a just God not enable these souls to live on? And if most modern Jews don’t believe it, so what, writes Prager; it is a mistake to equate what most Jews believe with what Judaism teaches. After all, he writes, most Jews don’t observe Shabbat, but no one can argue that the Bible doesn’t teach that Shabbat is of primary importance.

Rashi begins his Genesis commentary with a question: Why begin the Bible with the stories of Genesis and not Exodus, where we find the first laws given to Jews as a nation? Rashi, writing almost a thousand years before the State of Israel, put quill to parchment: “If the nations of the world should say to Israel, ‘You are robbers, for you conquered by force the lands of … Canaan,’” the Jews should answer, the world was created and belongs to God. “When He wished, He gave [the Land of Israel to non-Jews] and when He wished, He took it away from them and gave it to us.” Rashi was writing for Jews. Prager, by contrast, writes that his commentary is “for people of every faith, and for people of no faith.” He has no problem with the Bible beginning “with the God of all the world, not the story of the Jews.”

Prager elaborates on the Bible’s delicate braiding and unbraiding of the universal and the particular. As for God’s promise that “I will bless those who bless you and curse him that curses you,” a strong motivation for Christian Zionists, Prager writes, “One does not have to be a religious believer in order to acknowledge that this promise has held true. Nations that have treated the Jews favorably, the United States being the most obvious example, have been blessed with prosperity and freedom. The reverse applies, as well,” from Spain’s post-Inquisition decline, to post-Holocaust Europe, to Arab and fundamentalist Islamic countries that cursed the Jews, being “among the most benighted of societies.”

Prager’s commentary is more psychological and personal than hagiographic: “Rebecca was a kind human being, but a kind person doesn’t always translate into good parenting.” When Noah, “a righteous man,” says the Bible, raised a son who thoroughly humiliated him, Prager writes, “Nothing in life is as humbling as being a parent,” as true for earthly parents as for our Father in Heaven, “who is not fully responsible for how all His children have turned out.”

Prager notes that the further we get from Eve and the Flood, the more women are elevated. God “did for Sarah,” and Prager notes the text does not read that “God did for Abraham and Sarah,” but she has God’s attention for herself. There is increasingly the “depiction of women as heroic — frequently more than the men in their lives: Rebecca; Moses’ mother Yocheved, and his sister Miriam; the daughter of Pharaoh, among others.”