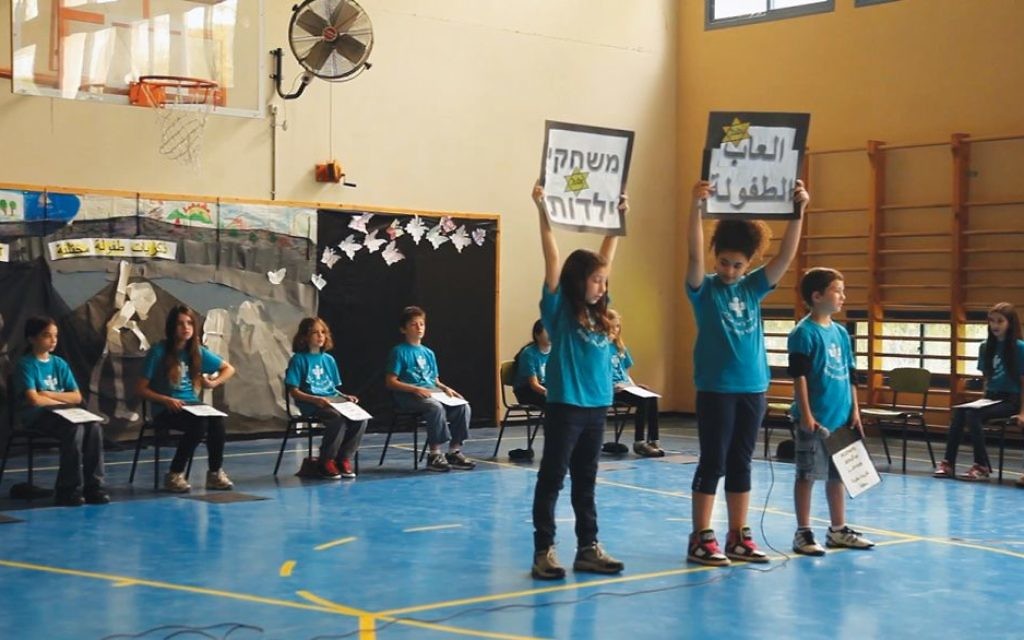 In light of the seemingly intractable nature of the Israeli-Palestinian conflict and the grinding cynicism of leaders on all sides, it is almost too easy to give in to despair. Two new documentaries on the topic, debuting in this year’s Human Rights Watch Film Festival (which begins on June 11), will not lighten the burden of hopelessness. On the other hand, both the Palestinian-Canadian “The Wanted 18” and the Israeli “This Is My Land,” while offering no solutions and little cause for hope, are enlightening excursions through the minefields of the Middle East.

“The Wanted 18,” which will open theatrically on June 19, is an unconventional non-fiction film, blending interview footage, archival materials and animation to recount the utterly improbable story of the small town of Beit Sahour, a West Bank town that became the site of classic nonviolent civil resistance to Israeli policy during the first intifada. At the center of the town’s protests were 18 cows bought from a nearby kibbutz in an effort to dent the town’s dependence on Israeli goods by producing its own milk.

As Amer Shomali, a Palestinian artist with ties to Beit Sahour, and Canadian director Paul Cowan acknowledge from the outset of the film, the residents of the town were the most unlikely dairy farmers imaginable. Predominantly Christian and middle class, this collection of academics, professionals and university students barely knew which end of the cow to milk. But they managed to make the whole thing work on a small scale for a little while, even clandestinely distributing milk to the locals under cover of darkness. Added to a wide range of other nonviolent protests including significant tax resistance, the presence of the 18 cows became a thorn in the side of the Israeli military.

That thorn quickly festered into a public relations disaster, with Israeli soldiers searching the small town for the cows, now symbolic collaborators in the local political struggle. Shomali and Cowan milk this turn of events (pun intended, of course) for some wry humor, and even Shaltiel Levi, the former Israeli commander who is interviewed in the film, seems to appreciate the joke. But the inhabitants of Beit Sahour would eventually find themselves the victims of a very different nemesis, as the PLO opted for the false dawn of the Oslo Accords and shut down the intifada.

Shomali and Cowan tell this story fairly artfully, making excellent use of Shomali’s sketches, and drawing on a wealth of articulate witnesses from both sides of the conflict. Ironically, the weakest material in the film comes in the animated sequences involving the four cows upon whom the filmmakers chose to center much of the narrative. They strive to individualize the quartet with little success, and the results alternate between clumsy humor and bathos.

“This Is My Land,” directed, written and photographed by Tamara Erde, takes a more conventional approach to its subject, how Israeli and Palestinian children are taught the history of the conflict and its roots. This topic has been surprisingly neglected by filmmakers. One suspects that the sober, almost somber tone of Erde’s film may be indicative of why few others have ventured into this territory. Although she manages to make the subject compelling by focusing on the students, and even more so by focusing on the teachers, this is the kind of cinema of ideas that many viewers will find forbiddingly abstract.

Erde chose to film at a half-dozen schools that reflect a wide spectrum of political opinions — from a Talmud Torah for settlers in Itamar to a boy’s school in a refugee camp in Nablus; she interviewed teachers whose opinions cover an equally wide range. Loosely using the chronology of the school year, with particular attention to such flashpoints as Yom Ha’Atzmaut (Israel’s Independence Day) and the memorial day for the Nakba (Arabic for “The Catastrophe,” which is how the Palestinians refer to Independence Day), she walks viewers through classes in a half-dozen schools. Unfortunately, while her selection is admirable for its thoroughness, it’s too much information for an audience to absorb in a single viewing, and inclusiveness sometimes gives way to superficiality. On the other hand, an interlude spent at the site of the death camp at Belzec, including a stunningly frank discussion with an Israeli docent who speaks to student groups there, is one of the highlights of the film.

What emerges most clearly from “This Is My Land” is how little flexibility there is in the way this history is taught in Israel. Two experts on the respective Palestinian and Israeli textbooks and school systems offer a grim analysis of the ideological underpinnings of their own curricula, and the interviews with the children in the film do not give much cause for optimism. The tensions brought about by the conflict are all too present still, even in a supposed haven of coexistence like the Neve Shalom/Wahat al Salam village. When the teachers in that peace-oriented community speak of the death of optimism, one feels the burden of a future that promises little more than renewed bloodshed and intransigence.